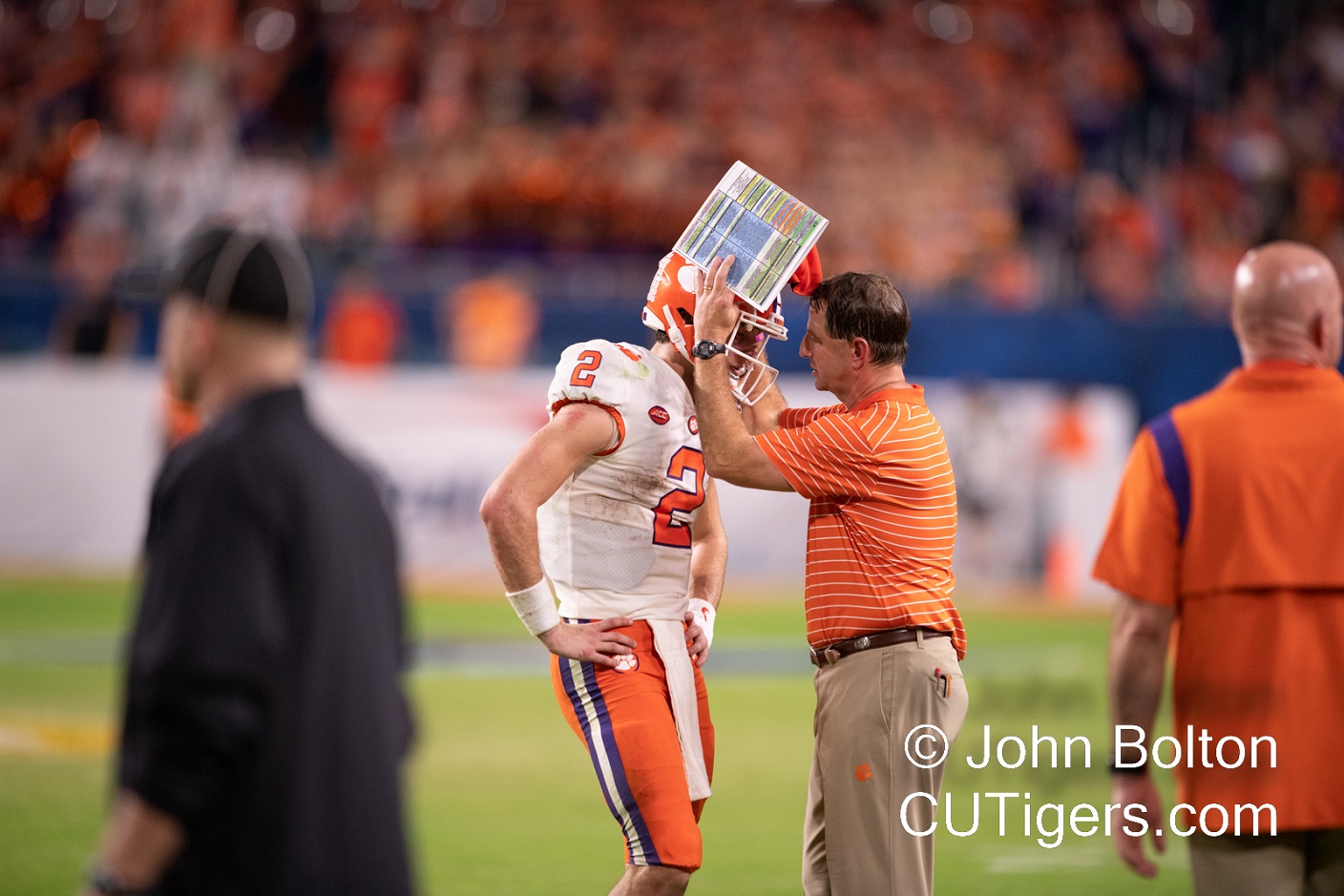 
NO.7 CLEMSON PILES UP YARDS BUT NOT POINTS IN 31-14 ORANGE BOWL LOSS TO NO.6 TENNESSEE

MIAMI GARDENS, FL - I don't think I can remember a more frustrating game, and I'm pretty sure Dabo has never lost a game when outgaining the opponent by over 100 yards, let alone losing by 17. The name of the game is points, though, and the story of this one is the Tigers' inability to finish drives with touchdowns, even coming up completely empty with rare missed field goals by Potter. He missed 3 field goals all season and missed 3 in the first half tonight. What a sad and ironic end to his career! He is the Tigers' all-time leader in career field goals, starts and points scored, as well as the only player in ACC history to score at least 100 points in 4 different seasons. He will have a great NFL career, but I'm sure his last college game will haunt him for a long time.
The Tigers punted just once in the first half but went to the locker room with just 3 points! The tone was really set from the opening possession when the Tigers moved the ball to the 27 and then failed on a fake field goal. If they had taken the 44-yard field goal and Potter had gotten in an early groove, who knows what would have happened? We'll never know. But it was just like a broken record tonight, and the longer they kept coming up empty, the more confidence and momentum the Vols and their fans drew from that. The Tigers could have put the game away early by scoring touchdowns after driving down the field. The defense was getting stops much better than the Vols' defense was, and the Tigers could have built an early lead and never looked back. Would have, should have, could have...none of that happened, and that's why they play the games.
Cade made his first start and made some great plays, finishing with 320 passing yards and 51 rushing yards, but he also looked like a freshman at times, especially at the end of the first half when he ran the ball twice with no timeouts to allow the clock to run out when they could have kicked an easy field goal or had a couple shots at the end zone. Those are moments you have to live through as a young quarterback, and he will not make those mistakes next season.
I'll have more analysis later. In the meantime, the post-game press conference, highlights and notes are below!