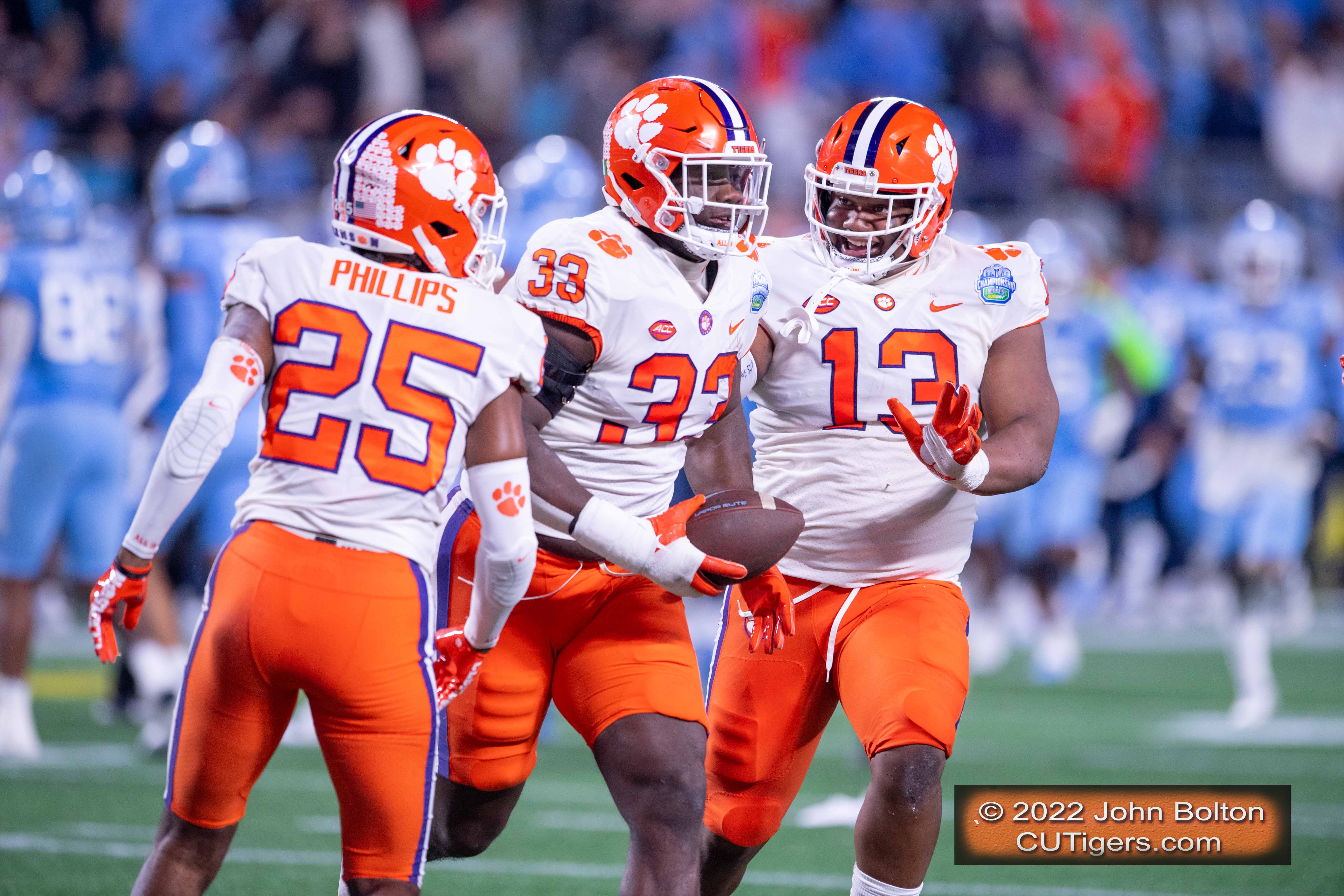 The Tigers' defense is losing DE Myles Murphy, LB Trenton Simpson, DT Bryan Bresee and DE KJ Henry early to the NFL, but several other starters announced that they will return to Clemson next season. DE Xavier Thomas, DT Tyler Davis, DT Ruke Orhorhoro, DE Justin Mascoll, CB Sheridan Jones and S Jalyn Phillips will all be back, and that bodes very well for the Tigers, who have plenty of young talent to go with the veterans. For example, 5-star DT Peter Woods, who dominated the Under Armour All-American Game last week, will have a big freshman season next year. The Tigers also have Page, Capeheart and Tre Williams coming back at defensive tackle, so plenty of depth there. I wouldn't mind seeing Dabo go to the transfer portal for a defensive end. They are losing Murphy and Henry, Swint transferred and Denhoff and Greg Williams have played very little. They have a couple talented freshmen ends coming in, but I think they could use an experienced and proven DE to go with Thomas and Mascoll, especially given all the injuries Thomas has had.
The Tigers will be loaded on both offense and defense next season!
MORE CLEMSON FOOTBALL COVERAGE HERE