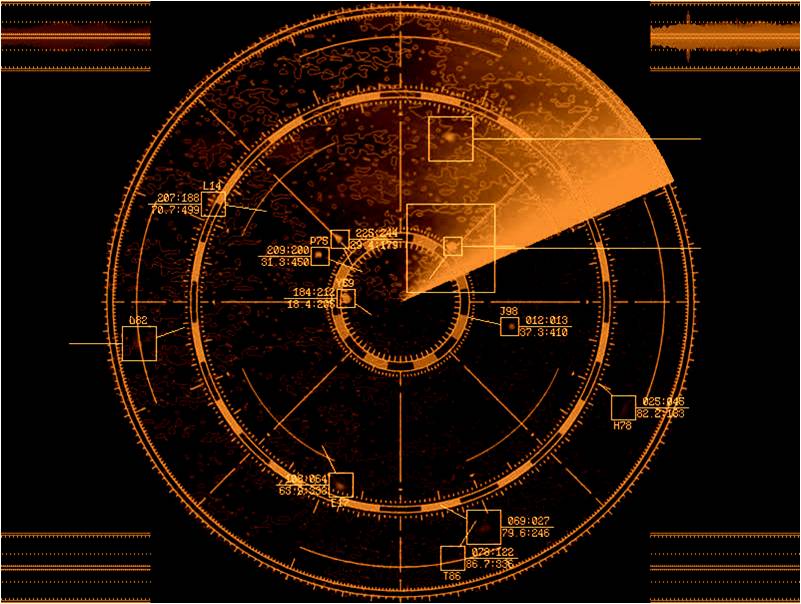 As we head into the second and traditional National Signing Day of February 7th, the Tigers are looking to close strong and finish off one of the most talent-laden classes in Clemson and ACC history. Of course, 15 commits already signed back in December and are ready to enroll or already enrolled. The Tigers look to add a quality wide receiver, an additional offensive lineman and a defensive back to the final 2018 numbers.

At present, the biggest pool of candidates comes from the defensive side of the ball, and the Tigers are still in it with arguably the nation's top DB, Patrick Surtain, Jr.  The 5-star out of Florida keeps his recruitment real close to the vest, and he discusses all things recruiting back with his former NFL veteran father back home in Ft. Lauderdale. His father was unable to attend the Clemson visit over the weekend because he was being honored at the NFL Pro Bowl. 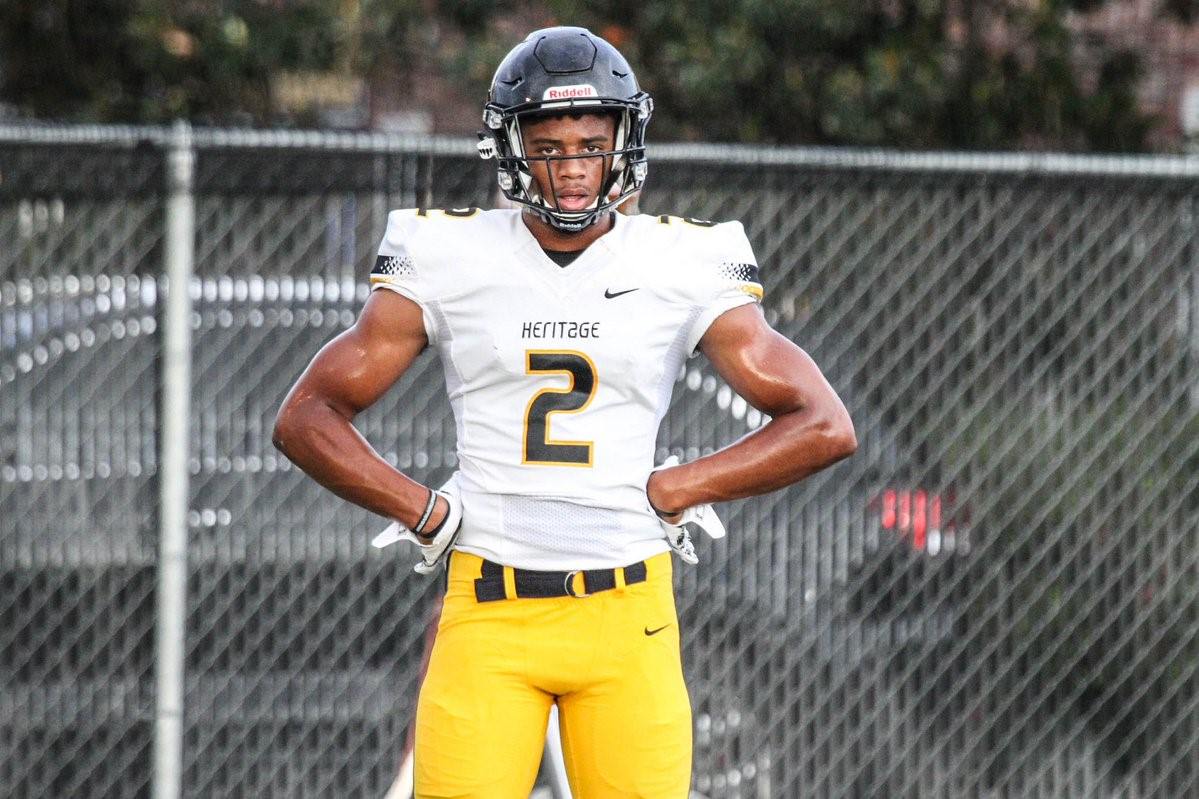 During this past weekend's Clemson visit, Surtain and his mother were shown the proverbial "Orange Carpet" and were sent home with a lot to think about in his recruitment and where Clemson now stands. By the end of the visit, the Clemson staff felt confident that they had given the Surtain and his family more than enough to keep the Tigers relevant until Swinney can make his final pitch in-home later in the week.

The Tigers also just hosted a late-bloomer in Mario Goodrich, who is really gaining a lot of traction in the mid-west. The Missouri resident received his Clemson offer in the past month and is a fast-rising DB with Power Five offers piling up from all over the nation, including Georgia, Oklahoma, Florida, NC State, Nebraska, Iowa, Arkansas, Ole Miss, Arkansas, Nebraska and in-state Missouri. 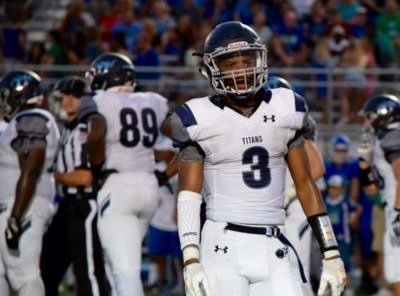 Goodrich just took his official visit to Clemson over the weekend with his entire family in tow and left with the Tigers now ascending to his top spot from all we have gathered.  The staff has quickly seized on that momentum and followed that up with an in-home visit this week, along with a stop at his high school by Dabo Swinney, Defensive Coordinator Brent Venables and CB Coach Mike Reed.

Finally, the Tigers are still in it with 2018 Texas safety Leon O'Neal, Jr.  For a fleeting moment following his visit, the Tigers were beginning to believe they had pulled ahead of in-state Texas A&M, but Jimbo Fisher and the Aggies quickly worked on damage control, and it's back to A&M with a lead over the Tigers as we see it from intel we have gathered.  O'Neal could still surprise a lot of folks and pick the Tigers, but we think the tug from the in-state school and ties to Leon’s family and mentors will prove to be too much. However, there’s still a week to go until NSD, and in the business of recruiting, it’s never over until the facsimile has been sent and received. So with that said, we’ll continue to track all of these kids until we cross the finish line next Wednesday. Stay tuned! 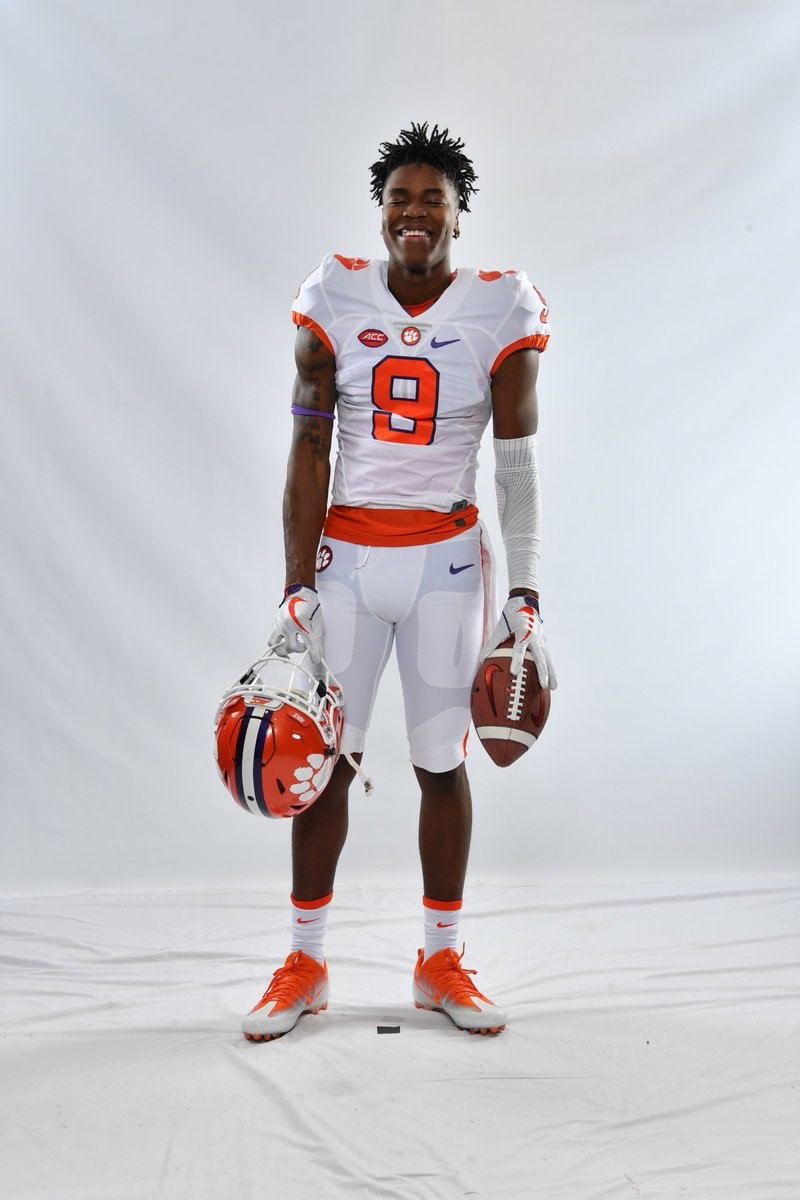 Clemson reached back into the state of Ohio for the second time in a week and dispensed an offer to another offensive lineman, Zeke Correll. The Cincinnati native holds a strong collection of offers that includes Ohio State, Wisconsin, Penn State, Michigan, Notre Dame, Stanford, Iowa, Northwestern, Pitt and many more all over the map. He can now add the Defending ACC Champs to the mix. The Tigers have had a lot of recent success with offensive linemen from the Buckeye State, signing Matt Bockhorst—also from Cincy—and Jackson Carman, the state’s top player, in the last two classes. Stay tuned, as we continue to monitor Zeke’s recruitment! 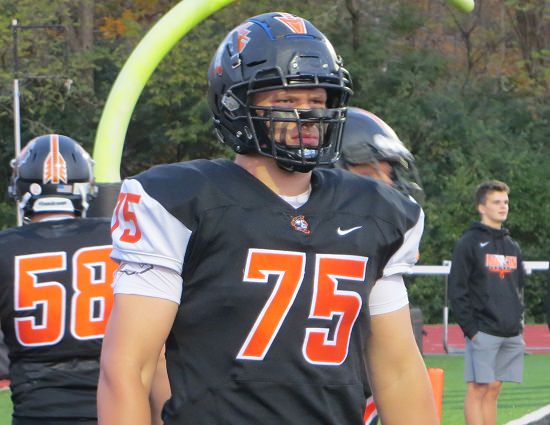 WOAH!! I am SUPER THANKFUL to have received an offer from Clemson University!! GO TIGERS!!!

Clemson reached down into the Sunshine State and offered defensive line prospect Brandon Dorlus, joining the likes of Louisville, Tennessee, NC State and Pittsburgh.  The Tigers also offered two of his teammates on this same day! Stay tuned, as this will be one to monitor with three offers being dropped on one school. 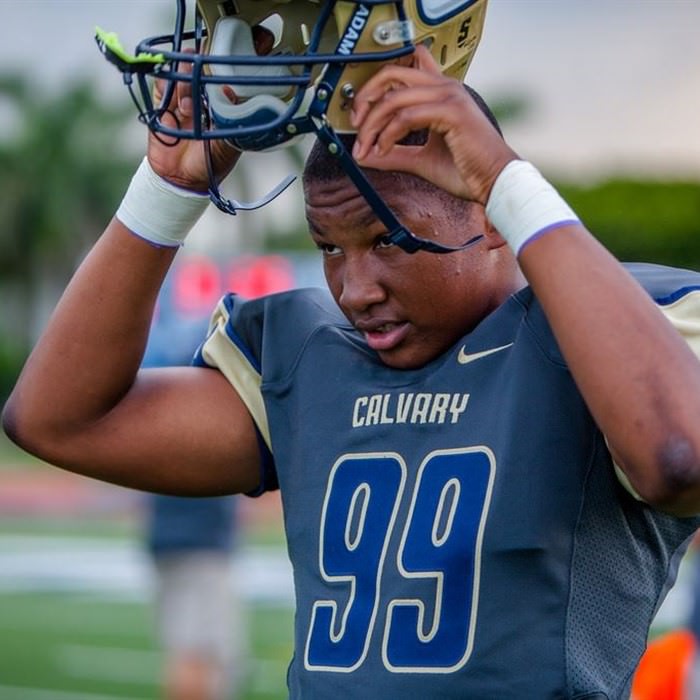 Blessed to receive my ninth offer from Clemson!!

The Tigers reached deep into the heart of the mid-west and offered 2019 Michigan commit Nolan Rumler from Ohio.  He’s a monster offensive line prospect who has offers from the likes of Alabama, Georgia, Ohio State, Notre Dame, Penn State, Wisconsin and a bevy more. Now you can add the Defending ACC Champs and Clemson OL Coach Robbie Caldwell into the mix.  The staff is busy evaluating 2019 and 2020 prospects as they make visits to high schools all over the recruiting map, so stay tuned for the latest!

Excited to have received an offer from Clemson! pic.twitter.com/0bS4Z0qJWz

Already involved with 5-star 2019 LB Owen Pappoe, the staff has now extended an offer to 2019 OT prospect Wanya Morris, a very large and rangy lineman who is raw and has the frame to play left tackle in college. 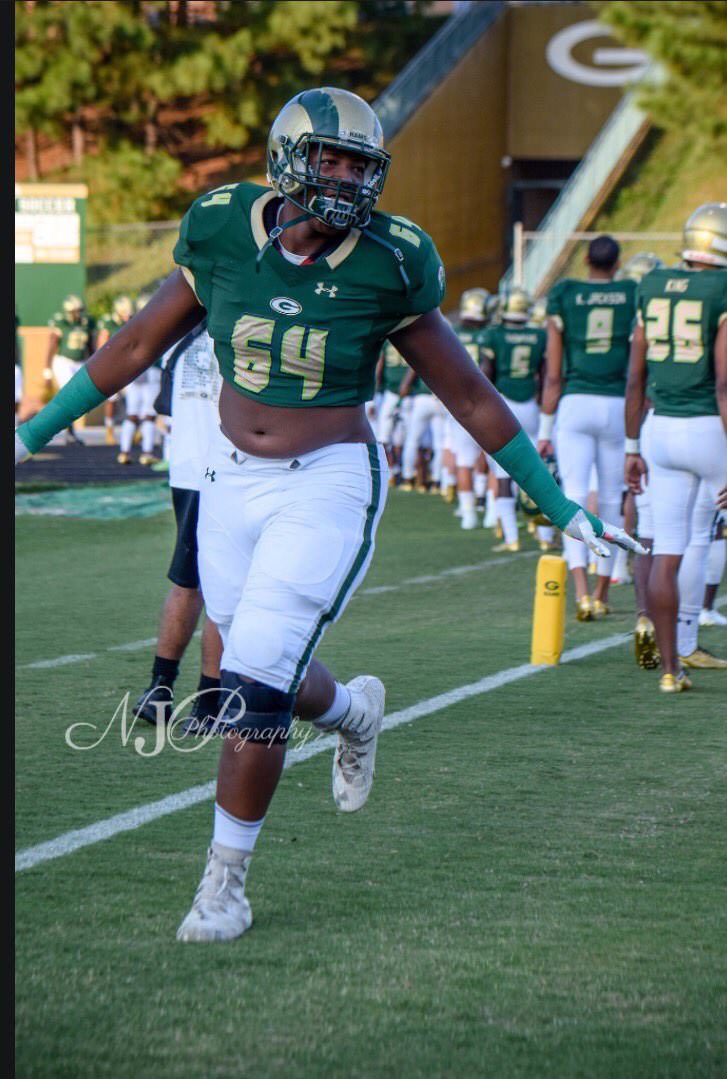 Morris is a player we observed up close and in person against top-tier talent in last year’s Nike Opening, and he has held his own against some really talented players that were older and more physically developed.

Look for this one to get interesting, as Morris has already seen a bevy of offers come his way via this year's blitz that is ongoing with all the college staffs out there dispensing offers at every corner.  Morris is a 4-star player we like with a red shirt year and time in a strength and conditioning program. But the upside and athleticism for a man his size is off the charts.

EXTREMELY Blessed to receive my latest offer from Clemson University

Clemson reached up to the Mountaineer State of West Virginia as it extended its most recent offer in the 2019 recruiting cycle. The Clemson staff has offered highly regarded and sought-after Darnell Wright from Huntington. With his massive 6'6 frame, Wright has a 5-star rating from every recruiting service and is arguably the #1 offensive lineman in the nation for 2019.  In addition to the Tigers, Wright has a laundry lists of offers that includes Alabama, Georgia, Florida, Ohio State, Miami, Louisville, Michigan State, NC State, UNC, Tennessee and of course in-state West Virginia along with many more. 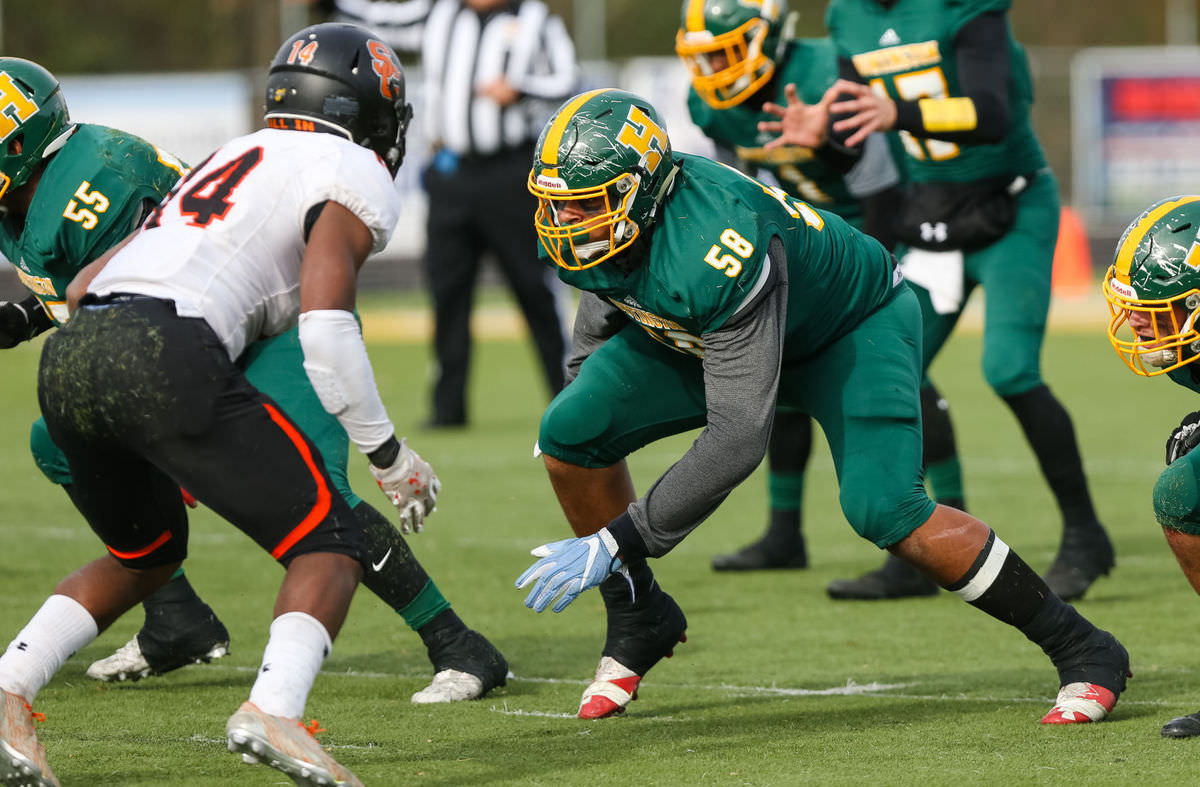 The Clemson staff is out tripping to high schools all over, and these offers will continue to be dispensed here in the coming weeks.  So stay right here at CUTigers.com for all your updated recruiting info!

Blessed and honored to receive an offer from Clemson University #allin # pic.twitter.com/kAW6DfFtvD

Blessed and honored to receive an offer from Clemson University #allin # pic.twitter.com/kAW6DfFtvD

Blessed to receive my ninth offer from Clemson!!

Blessed to receive an offer from the unversity of Clemson

Blessed to receive an offer from The University of Clemson

WOW! Extremely Blessed to receive an offer from Clemson University

Excited to have received an offer from Clemson! pic.twitter.com/0bS4Z0qJWz

"Dreams stopped being dreams when I turned them into goals" pic.twitter.com/7yMRz2F79g