The Clemson 2018 class came to a climactic and dramatic conclusion last week with the Signing Day commitments of Justyn Ross and Mario Goodrich, adding to an already stellar and best-ever recruiting class for the Tigers. Now it's all eyes on to the 2019 class and its very talent-rich pool of Clemson prospects. 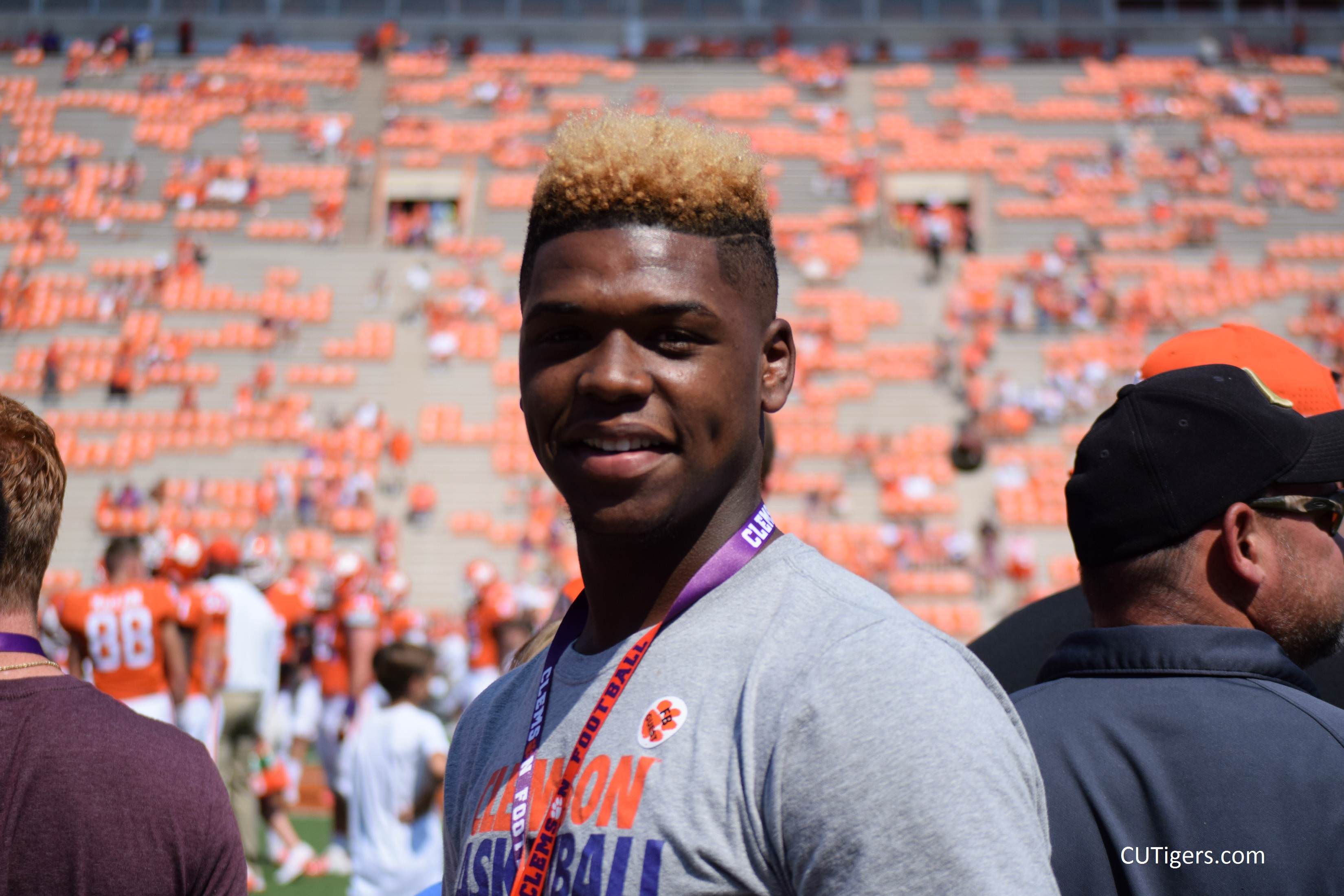 You can start right here in state of South Carolina and point to Zacch Pickens of nearby TL Hanna High School in Anderson as a player that is coveted by every Power Five program in the region.  Our top player overall in SC has been recruited hard and is going to be one to watch here in the upcoming months. Proximity to Clemson may be playing a role in a negative sense if he has become desensitized to his numerous visits. His ability in the past to visit the Clemson campus was as easy as a 20-minute ride up Highway 76, and he has visited the Tigers on many occasions in the past from camp to spring games, Junior Days and many home games.

In the past few months, it’s been South Carolina that is pressing the hardest on the young man from Anderson, and Georgia is also there constantly in his sightline. Both are selling him playing time at defensive end, whereas the Tigers see him as a player that will grow into an interior lineman, just like they did with the recruitment of Albert Huggins a few years ago. Pickens has the same M.O.—a player the staff will have to sell on the role they see him filling in their system.

Clemson had early momentum with Pickens, then it was FSU who was the first to offer the state’s top player, ironically offering at halftime of Clemson vs FSU game in Death Valley that Pickens attended in 2015. Later it was Georgia that was rumored to be out front, and now it's in-state South Carolina, who is playing family ties and their depth chart to the young stud. Stay tuned as this one plays out, but if you recall the recruitment of the nation’s #1 DE this past year—a fellow named Xavier Thomas—well this one sounds an awful lot like that one did at this point last year, so don't count the Tigers out. But South Carolina has played its cards well here, so this one is gonna get real good down the stretch as these two staffs try to make their respective pitches for the monster from Anderson.  Stay tuned! 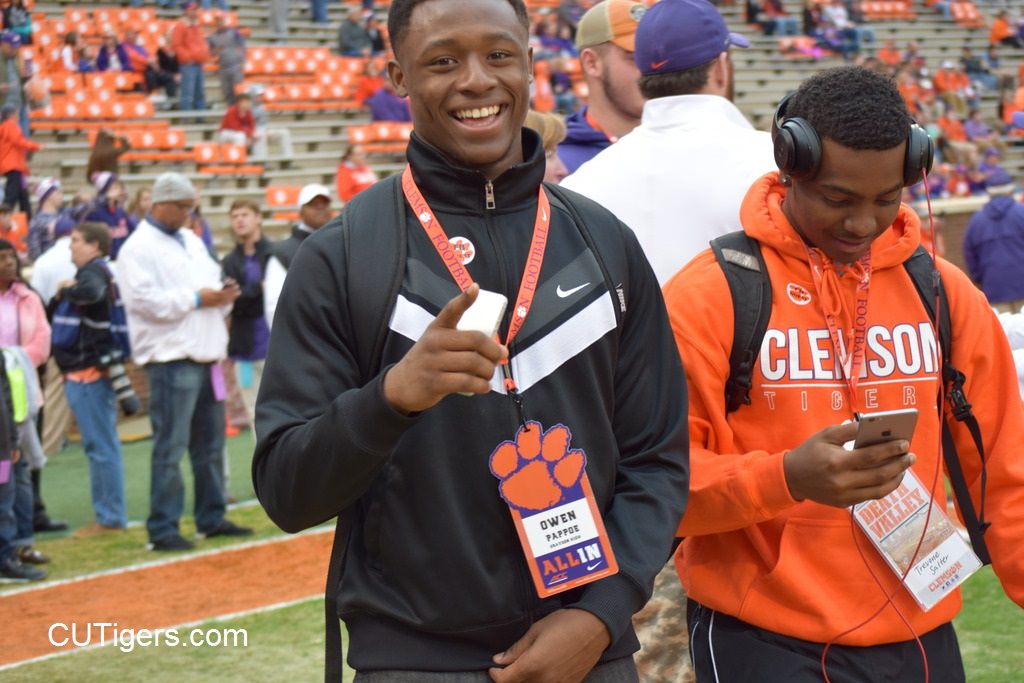 Next man up on the Clemson 2019 "wish list" is Owen Pappoe from Grayson High School (Loganville, GA), the #1 linebacker on many big boards across the horizon. Pappoe is no stranger to Tiger Town, as he has been coming to camps and games with his Grayson teammates now for going on his third year. The Clemson staffers have always made Owen feel as though he was their guy and a priority, and Owen has reciprocated on a a few occasions, hinting that Clemson was the team to beat.  Well, it has been the flavor of the week over the past 18 months with Pappoe, favoring Clemson, FSU, Tennessee, or Georgia at one time or another.  Word has it that in-state UGA now holds the cards for the athletic backer.

Owen will play this one out to the very end, and we feel it is the aforementioned teams in it with him until he decides in December or next February.  Owen has been recruited about as hard as any recruit we have seen in our years in the business. You may recall Owen was the subject of a USA Today feature for receiving a scholarship offer in the ninth grade. But stay tuned with this one too, as Brent Venables and Mickey Conn have had their eyes on Owen for some time now. 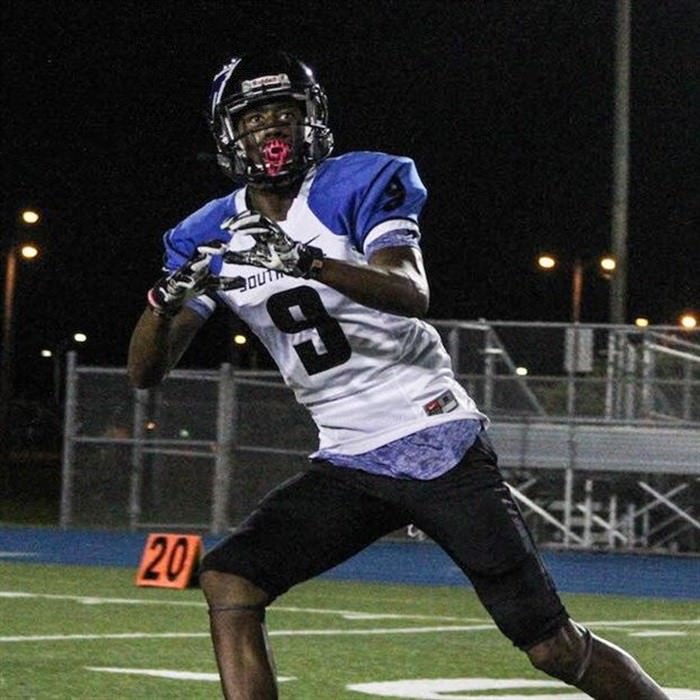 Frank Ladson, Jr. out of Florida is a big-bodied wide receiver who is blowing up with offers as of late. The Tigers, fresh off a Junior Day visit, seem to have really made an impact on the Sunshine State’s top wide out prospect in 2019.  Jeff Scott has pin-pointed Ladson, and the staff is letting him know he is WRU's next target, and they are going to recruit him hard to join the fraternity of Clemson receivers that have developed under Scott's tutelage and graduated on to the NFL.

WRU and its continuing conveyor belt of ready-made wide receivers has NFL scouts now giving the seal of approval to almost any former Tiger wide out on their draft boards. And that’s a big selling point for young players like Frank Ladson. Combine the WRU brand with the success and championships the Tigers have enjoyed over the past decade, and you get another top-tier prospect showing genuine interest in migrating north one day to potentially play his part in the legacy of "WRU.”

But this is recruiting, and Miami, FSU, Florida along with Alabama and a host of others still have something to say about Ladson and his landing spot in 2019. As of today, though, this young man has his eye on the Tigers. 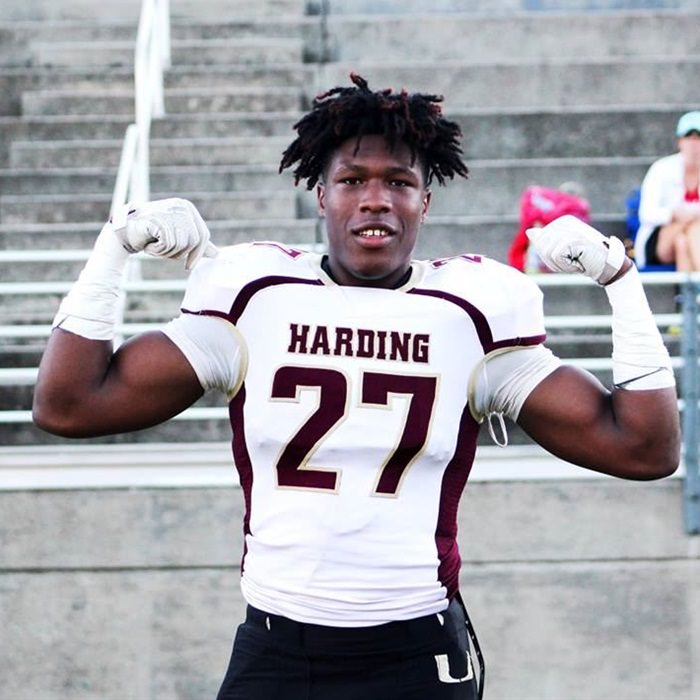 Quavarius Crouch is the top player in the state of North Carolina for 2019 and has offers from everyone imaginable. He has the Tigers in his top group, but that group is laden with SEC and ACC suitors that are vying hard to land this versatile athlete who can play either side of the ball. Crouch is being recruited as both a running back and defensive end/linebacker. He has the rare combination of size, speed, acceleration, ball skills, and raw athleticism to pull off any of them.  If you ask me, I think his highest upside is on the defensive side of the ball because he has the lateral movement to chase down ball carriers and wide receivers in the spread offenses that we see now 80 percent of the time on any given Saturday. His rare blend of all these rare qualities along with exceptional strength has Quavarius at the very top of many recruiting boards, regardless of position.

A very quiet and close-to-the-vest recruitment has been typical of Crouch, who has interest in the local in-state schools UNC and NC State, along with Alabama, Ohio State, South Carolina and, of course, Clemson, to name very few. 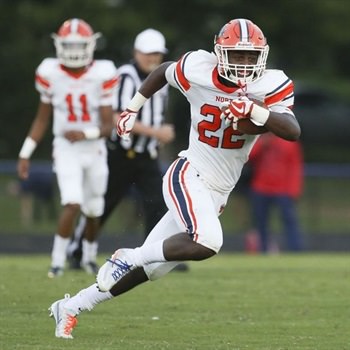 Another top running back prospect Clemson has been involved with for quite some time is Devyn Ford, the #1 rated back in the nation by more than one recruiting service, and the Tigers have been recruiting the Virginia native for going on two and a half years.

Ford has an offer list of almost anyone in the Power Five, including the likes of in-state schools VT and UVA, regional power Ohio State and Penn State, ACC and SEC schools like Auburn, Georgia, Tennessee, Kentucky, South Carolina, NC State, UNC, Duke, Pitt and many, many more. He can be particularly picky in his destination for his college career.

The Tigers have been long and steady in this recruitment and have had their teeth in the skin of Ford for a while. The staff had picked him and pointed to him as a priority in the class ever since losing last year’s #1 RB to UGA when Zamir White committed to the Bulldogs last summer.

Clemson reached up the eastern seaboard and into the Keystone State of Pennsylvania to offer 2019 athlete Keith Maguire, Jr., who is planning to attend the Tigers’ next Junior Day function in March.  The staff moved in quickly here. With an impending visit in the works, look for the staff to sit with Keith and discuss a role for him on the 2019 roster.  We think the staff is looking at him as a possible linebacker take in this class. 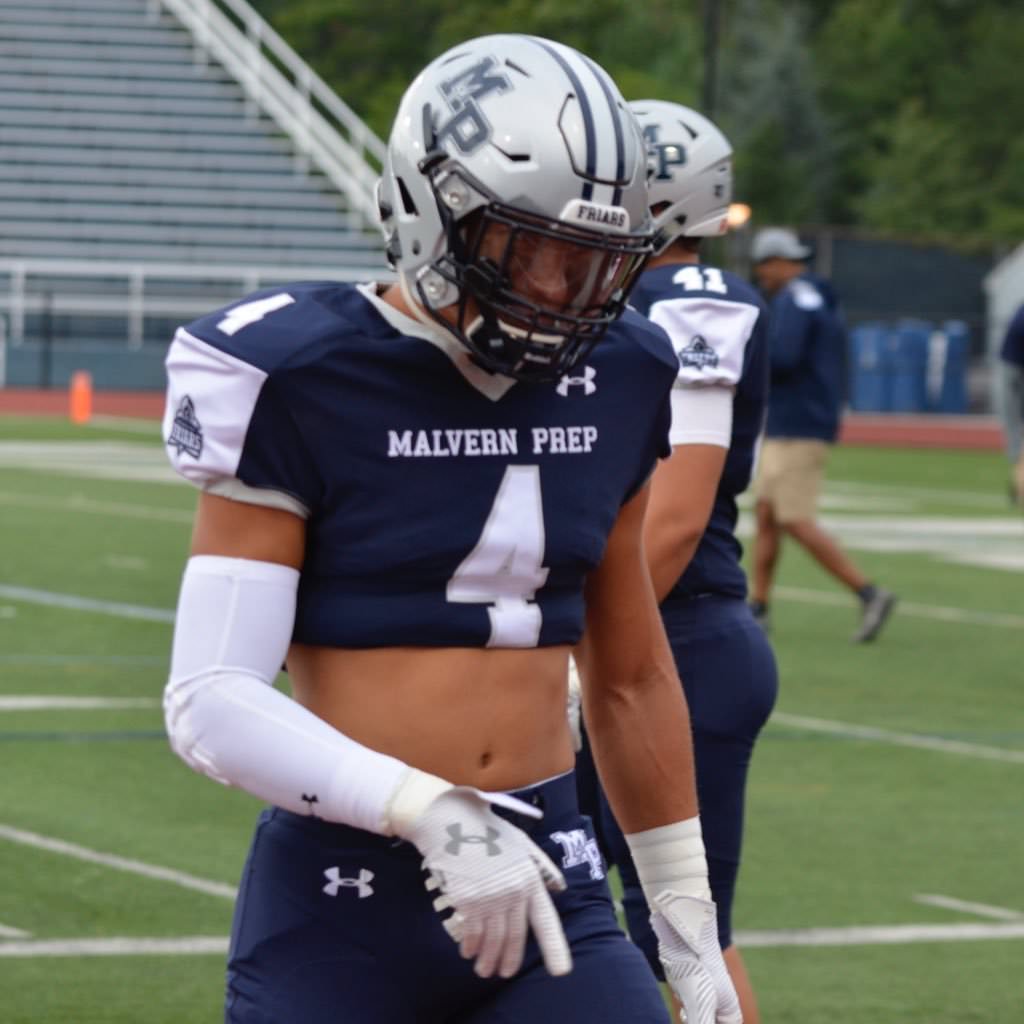 (thanks to the @Timberwolves for making Coach Swinney's lifelong dream of appearing on the Kiss Cam with Kathleen happen!

In love with the grind.

Two of our CBS Sports network all Americans LB Brandon Smith 6’5“ 215 and Devyn Ford 5’11“ 190. Both players are national recruits pic.twitter.com/BSSvnEaCGZ


Beyond Blessed to receive an offer from  Clemson University! #GoTigers