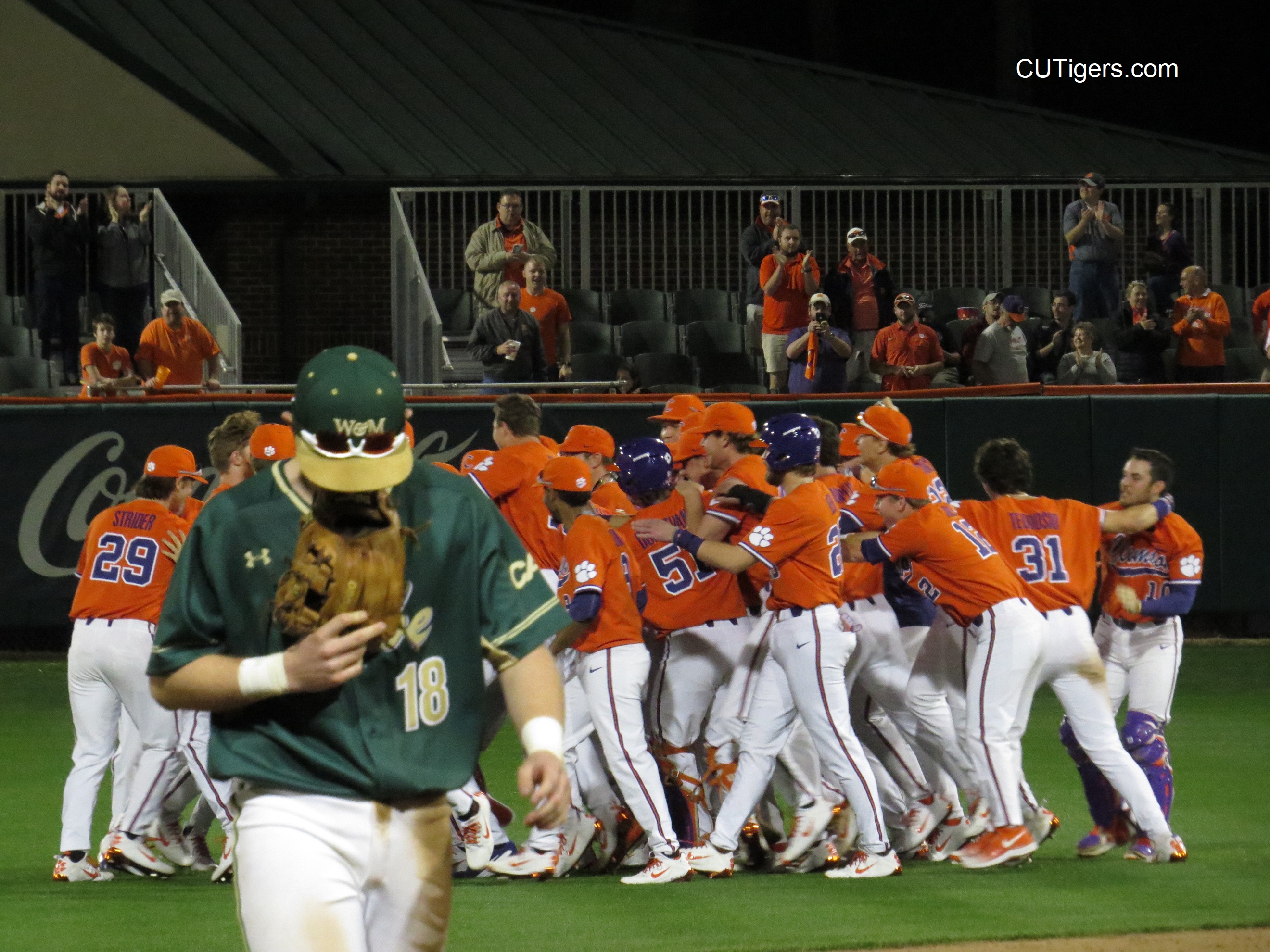 BOX SCORE
CLEMSON, S.C. - Chris Williams hit a walkoff single with one out in the 10th inning to score Bryce Teodosio from third base in No. 12 Clemson's 5-4 win over William & Mary in front of 6,062 fans at Doug Kingsmore Stadium in the season opener for both teams on Friday afternoon.
The Tigers trailed 4-1 with two outs and the bases empty in the ninth inning. After Seth Beer was hit-by-pitch and Williams doubled, Robert Jolly lofted a two-run single. Pinch-runner Sam Hall stole second on a close play and later scored on a wild pitch to send the game into extra innings. Teodosio led off the 10th inning with a double and scored from third base on Williams' sharp single through the left side. Logan Davidson added two hits to extend his hitting streak to 10 games.
Jacob Hennessy, Ryan Miller, Ryne Huggins, Carson Spiers and Ryley Gilliam combined for 15 strikeouts against no walks in 10.0 innings pitched. Gilliam pitched a scoreless and hitless 10th inning with three strikeouts to earn the win, while Wade Strain suffered the loss.
The series continues Saturday at 2 p.m., on ACC Network Extra. Saturday is Scout Day. All local scouts are invited to join us at the ballpark, as special ticket packages are available. Young fans can also enjoy inflatables, face painting, standing on the field during the national anthem and running the bases after the game.