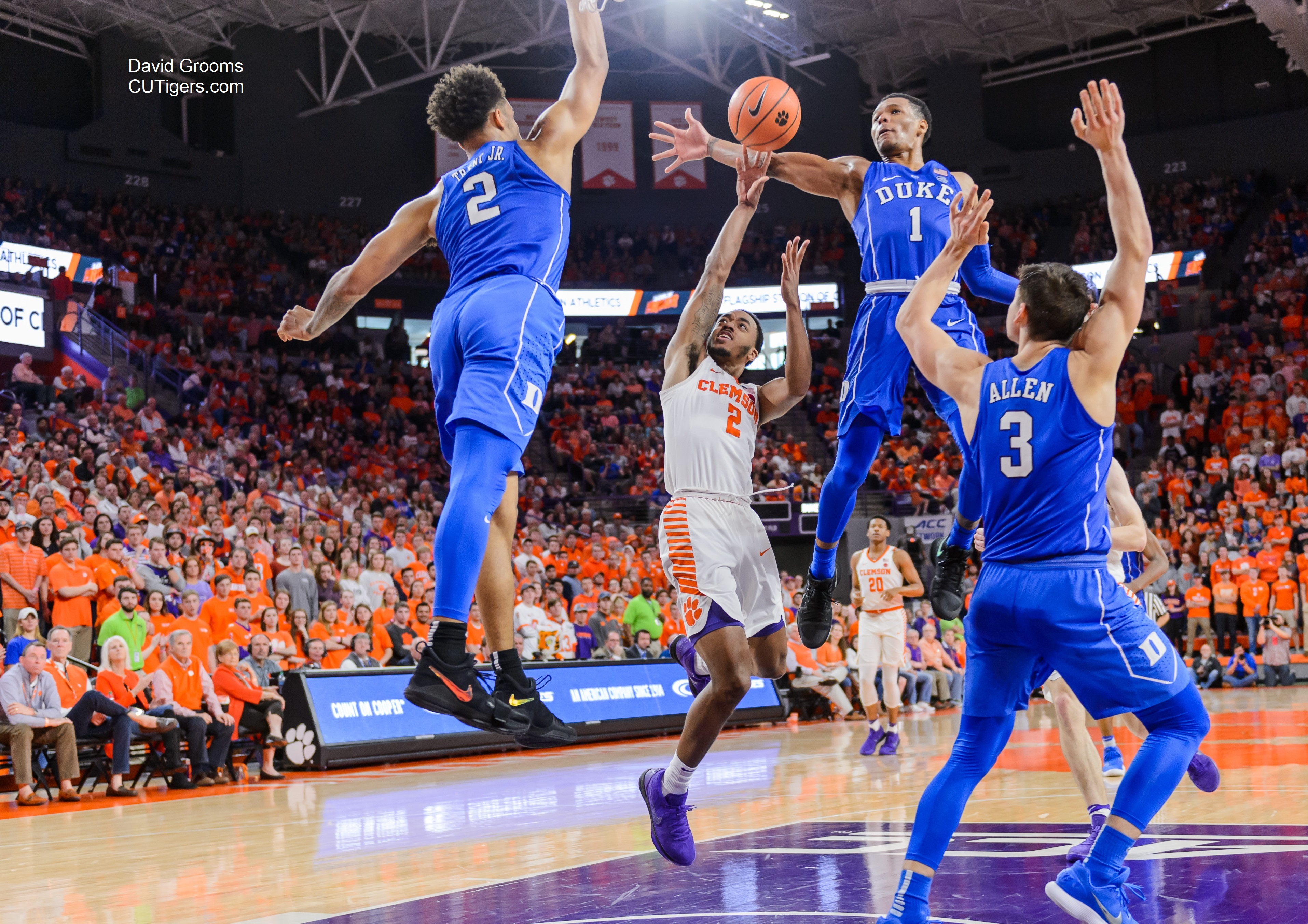 HIGHLIGHTS:
BOX SCORE
CLEMSON, S.C. — Clemson University men’s basketball battled toe-to-toe with Duke but fell short on the wrong side of a 66-57 decision on Sunday afternoon inside Littlejohn Coliseum.
The Tigers (20-6, 9-5 ACC) trailed by just one at the break, but found themselves down by a game-high 10 points at the 7:06 mark of the second half.
Two Marcquise Reed free throws ignited a 10-0 Clemson run, which included Gabe DeVoe’s first points of the contest on a corner three. After another defensive stop, David Skara tied the game on a strong driving layup.
Unfortunately for the Tigers, the Blue Devils (22-5, 10-4 ACC) finished off the last 1:33 of regulation on a 9-0 run to seal the victory.
Four Tigers scored in double-figures, while Elijah Thomas notched his ninth career double-double and eighth of the season with 13 points and a game-high 15 rebounds. Reed also scored 13, while Aamir Simms and Mark Donnal each poured in 10 points each.
Reed finished the game with five rebounds, five assists and four steals.
The Tigers will return to action on Wednesday, Feb. 21 when it travels to Virginia Tech for a tip time of 7 p.m.
Notes: Clemson dropped its second consecutive game for the first time during the 2017-18 season … Aamir Simms matched his career-high (set at Florida State on Feb. 14) with 10 points … Elijah Thomas set a new career-best with seven offensive rebounds … the sold-out Littlejohn crowd was the fifth of the season for Clemson … the Tigers’ streak of 10+ made 3-pointers came to an end after a five-game streak.