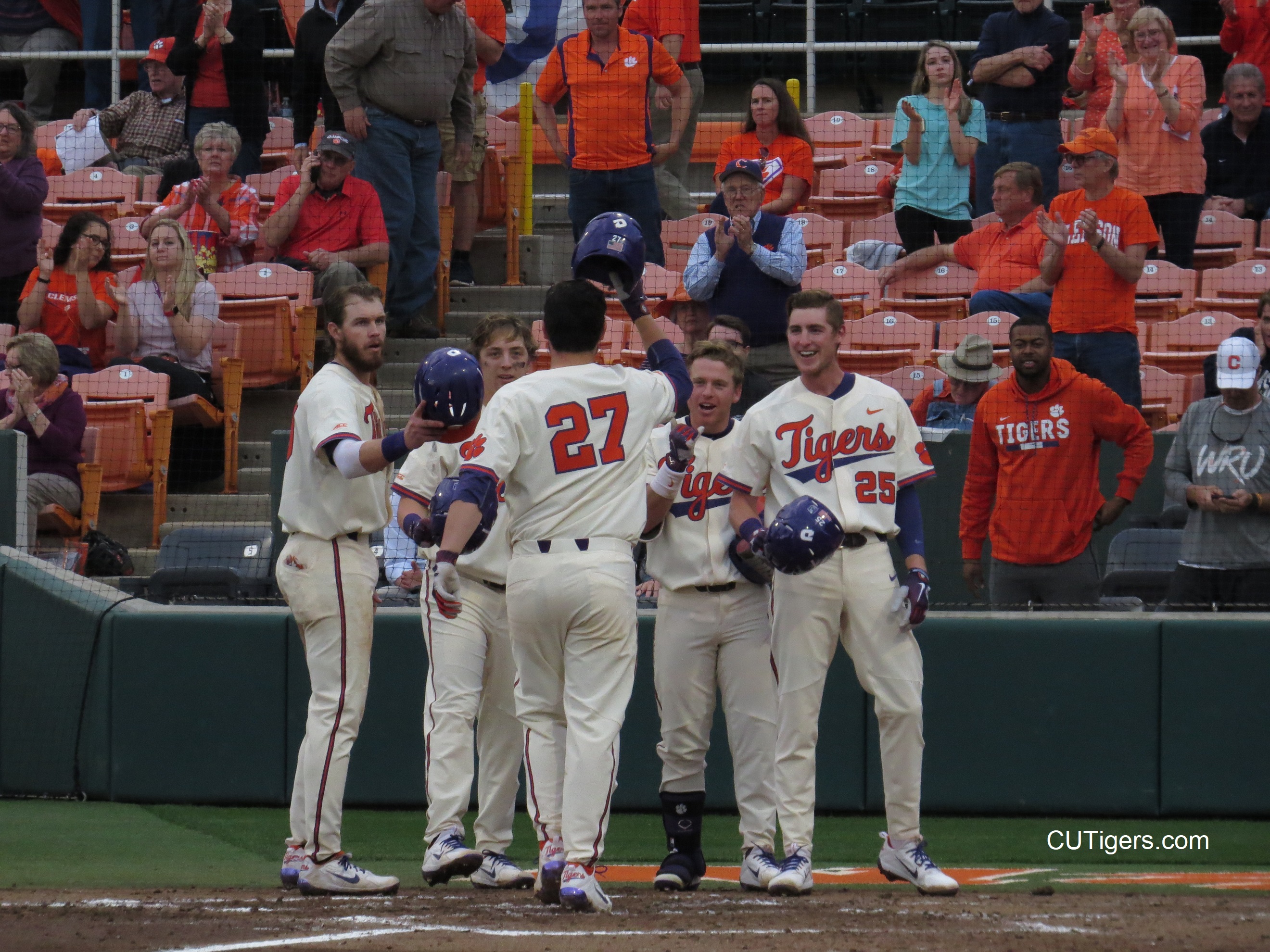 Photo by Trevor Groves CUTigers.com
BOX SCORE
CLEMSON, S.C. - Chris Williams went 2-for-4 with a homer, double and career-high six RBIs to lead No. 11 Clemson to a 12-4 victory over Furman at Doug Kingsmore Stadium on Tuesday afternoon. The Tigers, who took a 1-0 lead in the home-and-home season series and won their 18th game in a row over Furman, improved to 4-0, while the Paladins dropped to 3-1.
Williams' first long ball of the year, a three-run shot in the fifth inning, broke a 1-1 tie and was followed by Bryce Teodosio's run-scoring single four batters later. In the sixth inning, Clemson scored runs on Robert Jolly's run-scoring double and Drew Donathan's first career hit, a run-scoring single. The Tigers added five runs in the seventh inning, highlighted by Williams' two-run double and Justin Hawkins' two-run homer, his first career long ball.
Ryan Miller (1-0) earned the win by tossing 3.0 hitless and scoreless innings with two strikeouts in relief. Furman reliever Nik Verbeke (1-1) suffered the loss.
The Tigers, who close the season series with Furman at Fluor Field in Greenville, S.C., on March 27, return to action on Friday when they host No. 10 Dallas Baptist in the first of three games at Doug Kingsmore Stadium at 4 p.m., on ACC Network Extra.