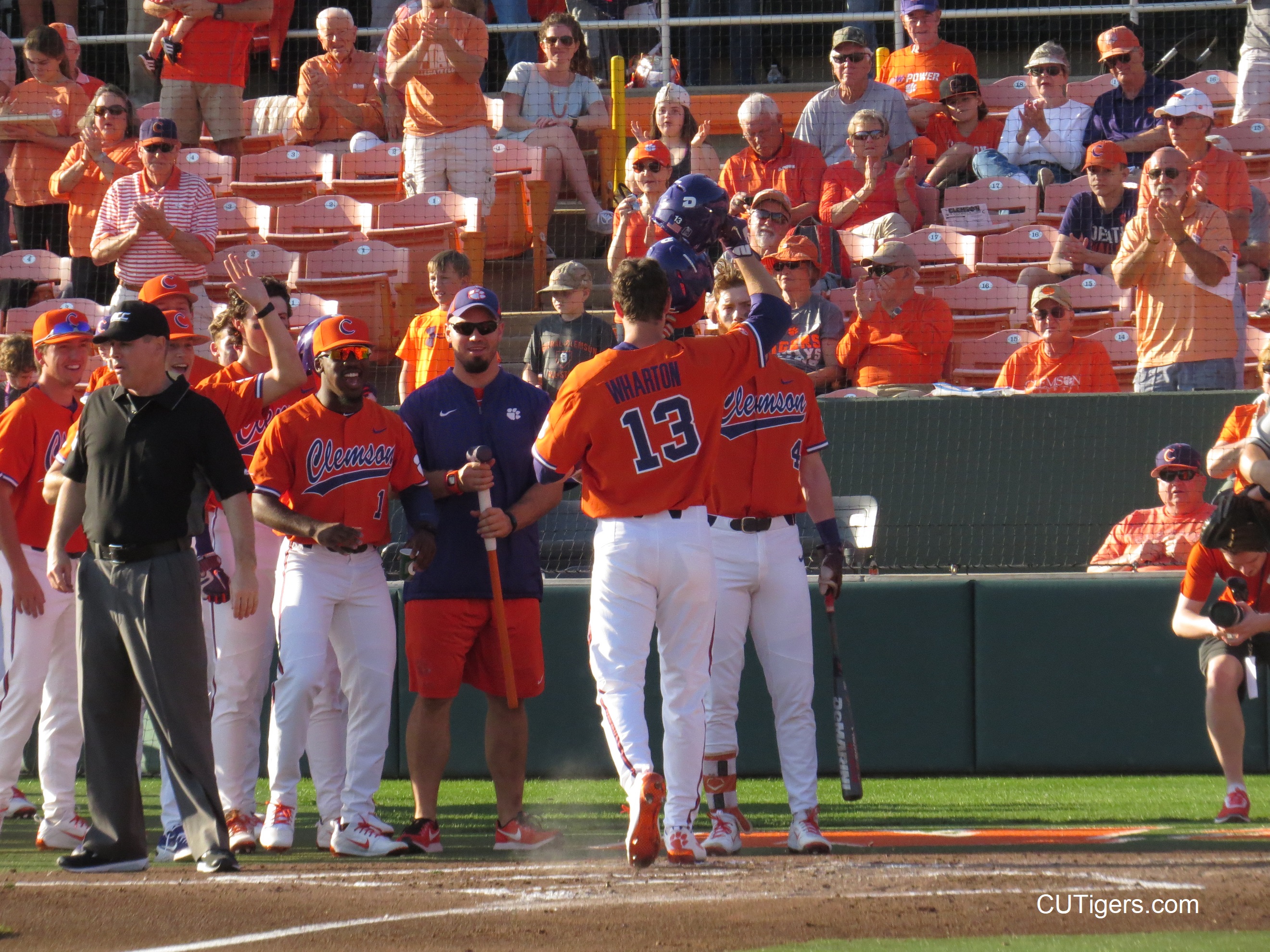 BOX SCORE
CLEMSON, S.C. - No. 11 Clemson scored in six of the first seven innings in its 12-1 victory over No. 10 Dallas Baptist at Doug Kingsmore Stadium on Friday afternoon. The Tigers, who took a 1-0 lead in the series, improved to 5-0, while the Patriots fell to 3-1. It was the first meeting between the two schools.
The Tigers scored five combined runs in the first three innings, then pulled away with three runs in both the fifth and sixth innings. Drew Wharton hit his first career homer to lead off the second inning and Chris Williams belted a two-run homer in the fifth inning, his second long ball of the year.
Williams totaled a career-high four hits by going 4-for-4 with a homer, two doubles, four RBIs, four runs and a hit-by-pitch. Robert Jolly went 3-for-4 with two doubles and three RBIs, while Wharton added a career-high three hits. Patrick Cromwell, who scored four runs, Grayson Byrd and Bryce Teodosio also collected two hits in Clemson's 18-hit performance.
Clemson starter Jacob Hennessy (1-0) earned the win by tossing a career-long 6.1 innings pitched, allowing just three hits, no runs and two walks with a career-high eight strikeouts. MD Johnson (1-1) suffered the loss, as he gave up eight runs on 10 hits in 4.1 innings pitched.
The series concludes Saturday with a doubleheader starting at 1 p.m., with approximately 60 minutes in between games. Young fans can stand on the field during the national anthem before the first game.