BOX SCORE
CLEMSON, S.C. - Jake Higginbotham tossed 7.0 strong innings in No. 11 Clemson's 3-2 victory over No. 10 Dallas Baptist in the second game of a doubleheader at Doug Kingsmore Stadium on Saturday afternoon. The Tigers, who allowed just four runs (two earned) in sweeping the series 3-0, improved to 7-0, while the Patriots fell to 3-3.
Higginbotham (2-0) earned the win by pitching a career-long 7.0 innings pitched, allowing five hits, one unearned run and no walks with seven strikeouts. Ryley Gilliam pitched the final 2.0 innings to record his second save of the season. Patriot starter Luke Eldred (1-1) suffered the loss despite allowing just four hits, two runs and no walks in 4.2 innings pitched.
Logan Davidson led off the first inning with a single and Seth Beer followed with a two-run homer, his second long ball of the year. Jimmy Glowenke cut Clemson's lead in half in the second inning with a run-scoring single. The Tigers added a run in the eighth inning on Chris Williams' sacrifice fly.
The Tigers conclude their eight-game homestand on Tuesday when they host Winthrop at Doug Kingsmore Stadium at 4 p.m., on ACC Network Extra. Tickets are only $2. 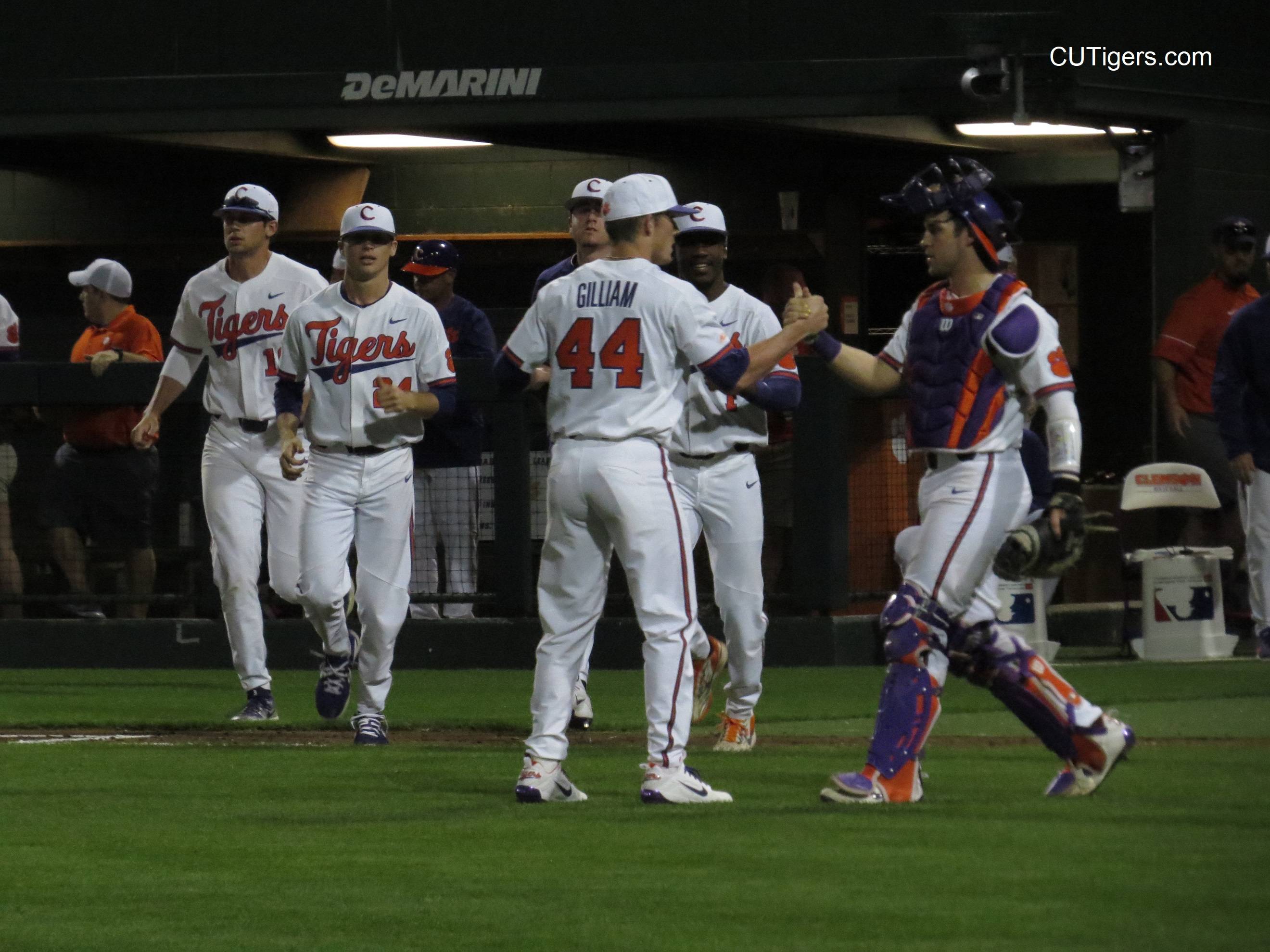