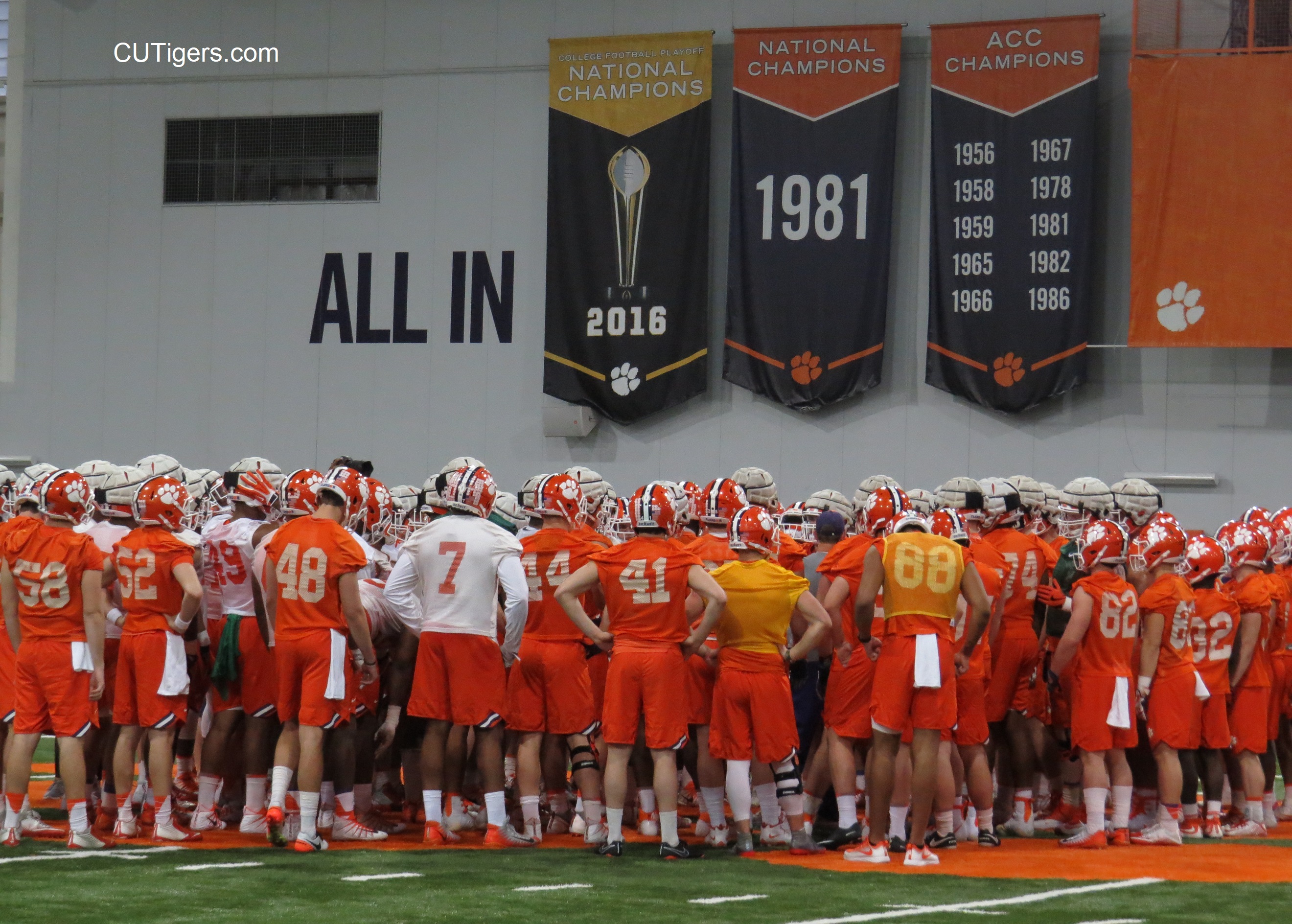 Clemson, S.C.—Dabo Swinney’s veteran Clemson football team held its first spring practice on Wednesday afternoon at the Poe Indoor Practice Facility.   The entire practice was held inside as a consistent rain fell in Clemson all day.

Swinney welcomed 62 lettermen to practice, 60 that played for the Tigers last year, plus Richard Yeargin and Garrett Williams who lettered in previous seasons. That is the most returning lettermen in Clemson history by six.   The Tigers also return 17 starters including the two kickers, just one short of the most in Clemson history. Clemson returned 18 starters in 1977, 1981 and 1988.

The Tigers had only six scholarship seniors last year but will have 21 this year, plus another nine senior walk-ons.

Swinney said that Cole Renfrow, Greg Huegel, James Edwards and Alex Dalton would be held out of practice due to injury. Braden Galloway, a freshman tight end from Seneca, SC will miss the first part of spring practice after a foot injury suffered last year, but Swinney hopes he will get some action aft spring break.

Swinney also said that defensive tackle Dexter Lawrence will be held out of scrimmages and the spring game, but will do some drill work as he works to get his foot at 100 percent. Richard Yeargin will have the same status as he recovers from a neck injury. Zach Giella would also be held from contact as he recovers from an injury.

Swinney was ready to get his charges back on the practice field as the Tigers pursue a fourth straight ACC Championship and fourth straight College Football Playoff Invitation.

“A lot of years we have had a lot experience returning on one side of the ball, but not offense and defense as we do this year,” said Swinney. “With all the depth we have we are going to do what we can do to get as many reps for everyone as possible. “ One of the things Swinney did on Wednesday was have the first and third teams go in one direction on the indoor practice field and the second and fourth teams went in the other direction, so twice as many plays could be run.

Swinney did not comment on any specific position battle or say that he was concerned about a specific position. But he is looking forward to seeing some players step up to the next level. “I am looking forward to seeing DeAndre Overton and Tee Higgins take the next level and seeing Amari Rodgers and Cornell Powell cut it loose (all at wide receiver).

“We have to take a good look at the offensive line to see where we need to fit the pieces to make sure we have the five best players on the field.”   On day one, Sean Pollard, who started nine games at right tackle in 2017, was first team at right guard. John Simpson was first team left guard.

Clemson continues with spring practice work on Friday. The annual spring game will be held April 14 at Memorial Stadium at 2:30 p.m. Admission is free. 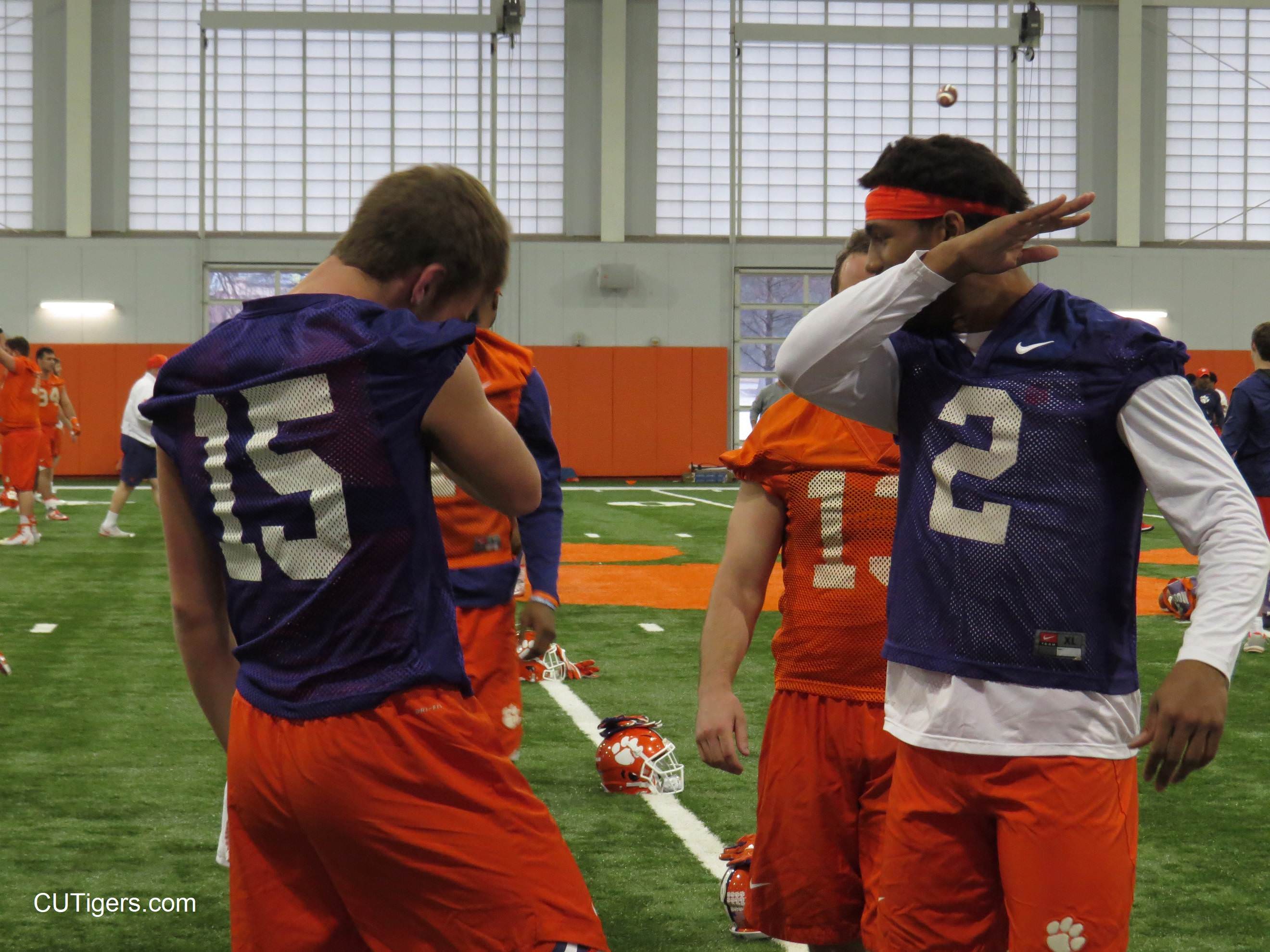 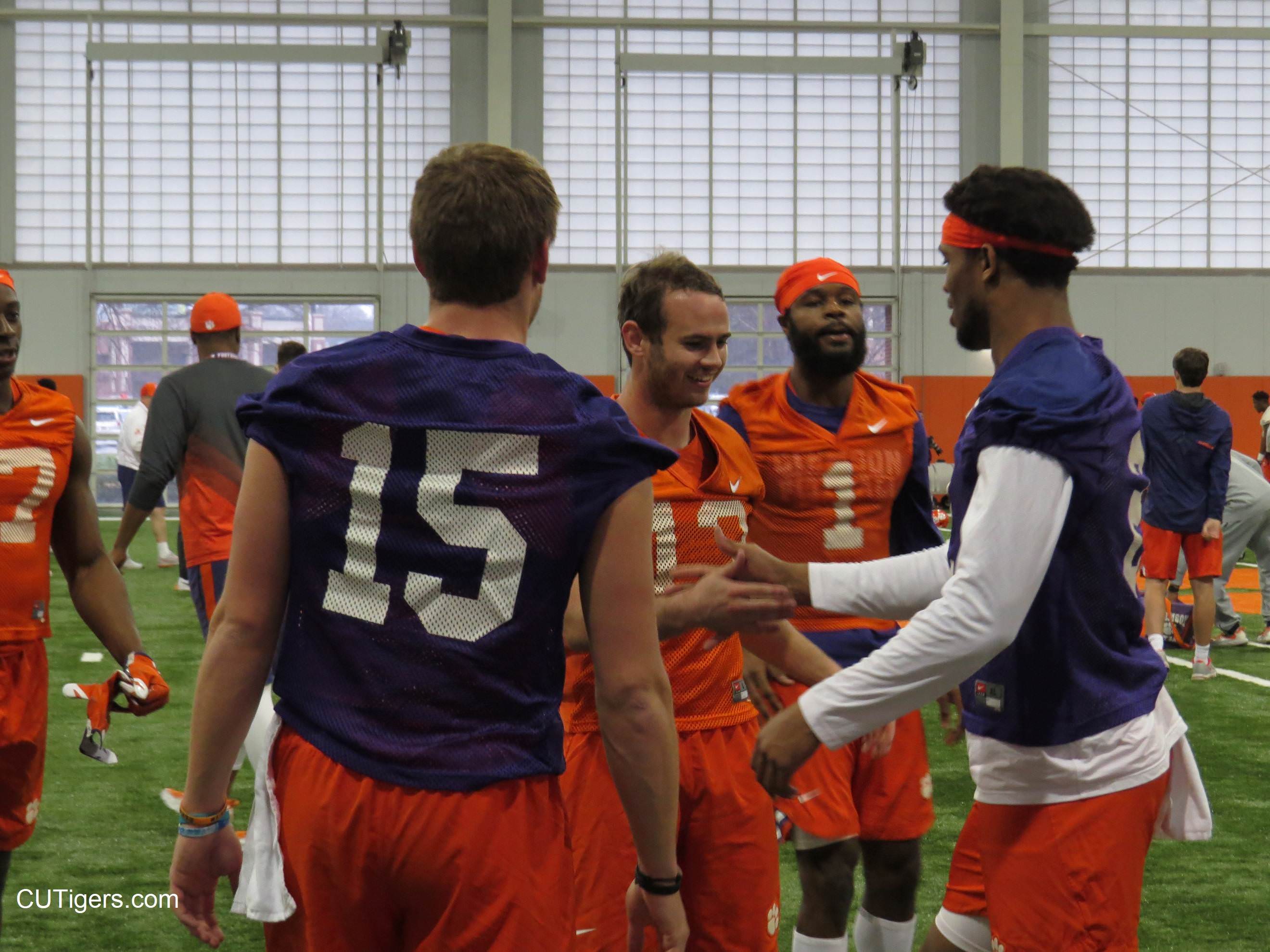 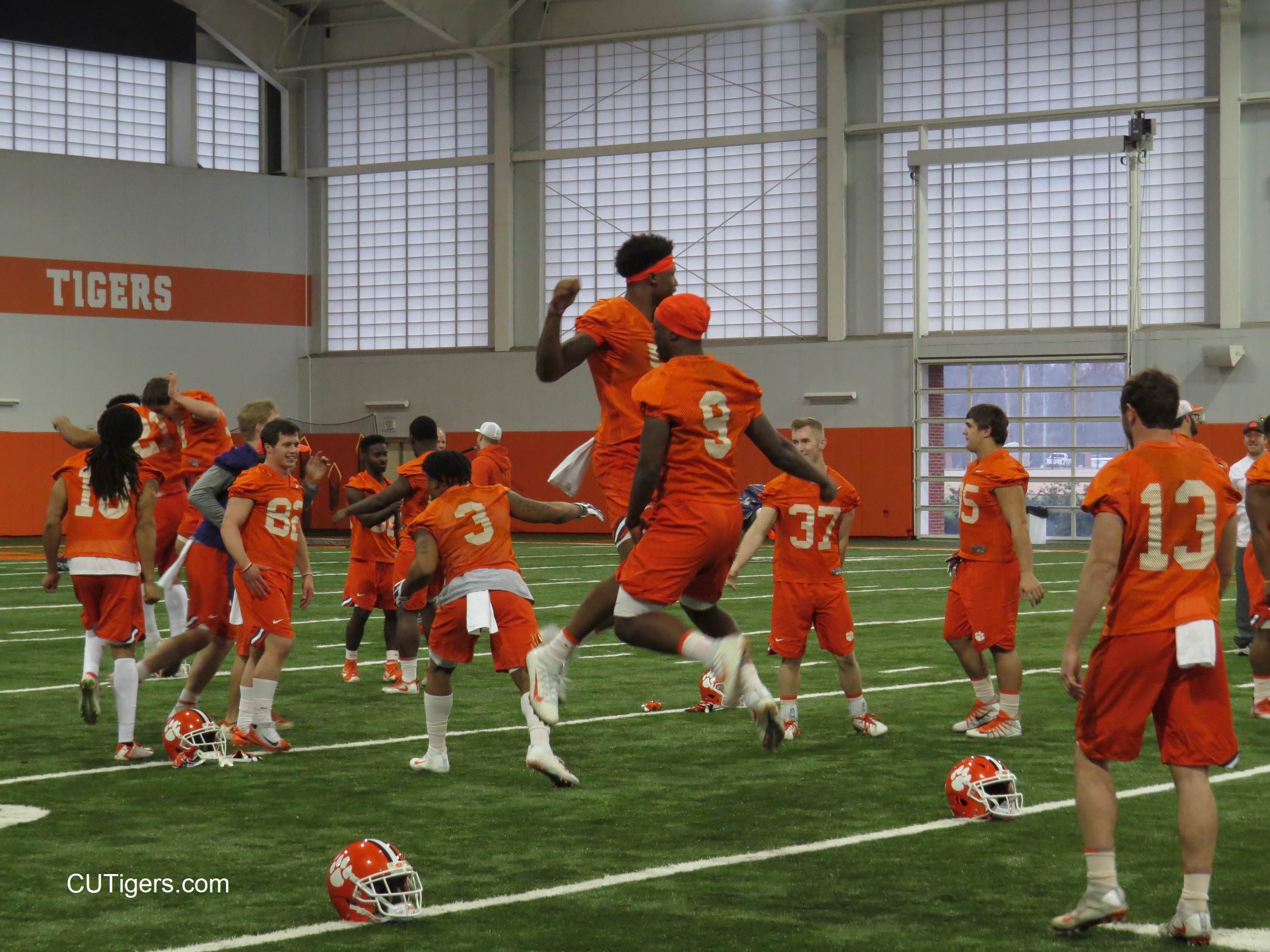