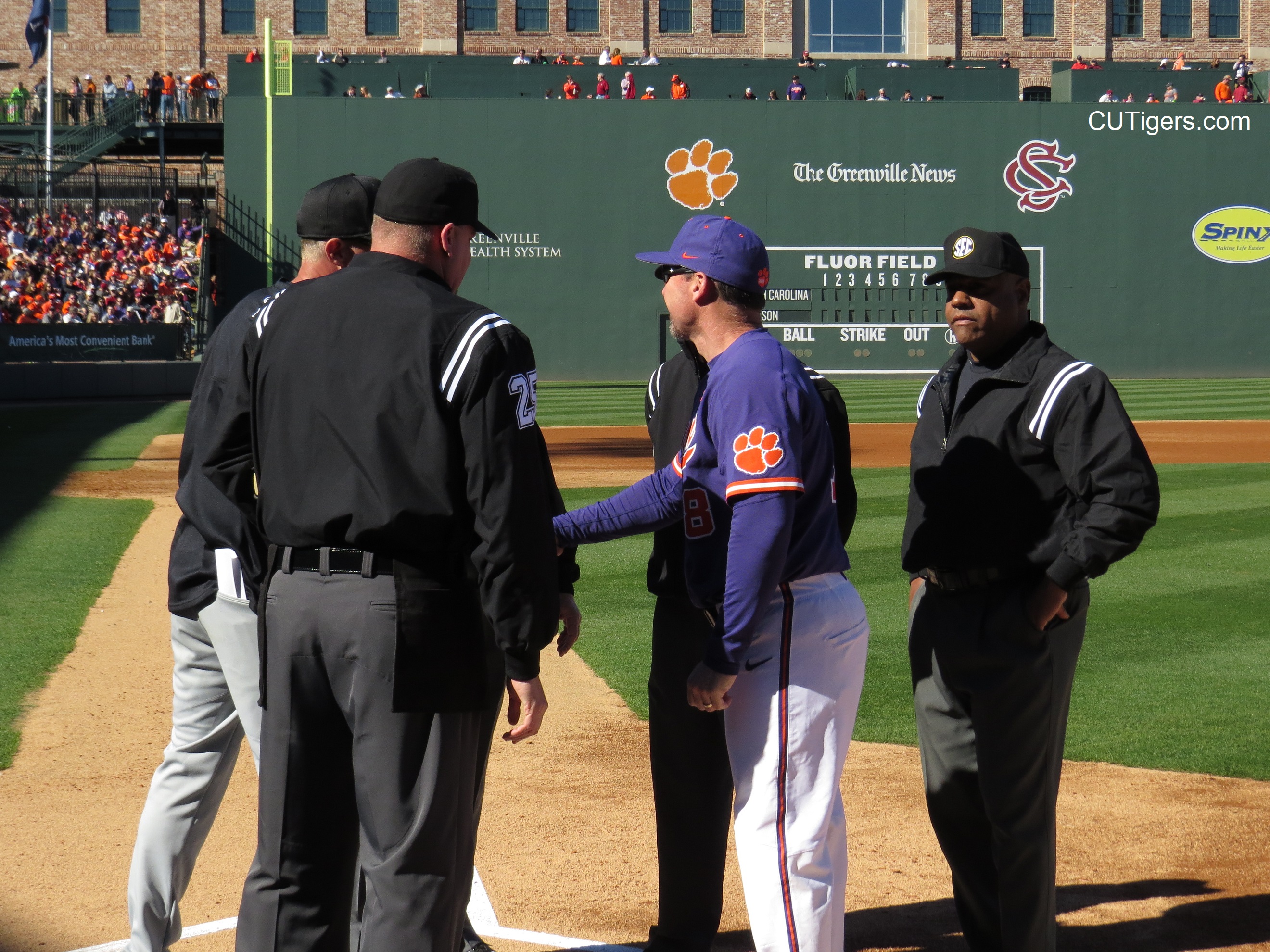 BOX SCORE
GREENVILLE, S.C. - Brooks Crawford, Mat Clark and Ryan Miller combined to allow just one run in No. 7 Clemson's 5-1 win over No. 23 South Carolina at Fluor Field on Saturday afternoon. The Tigers, who evened the series 1-1, improved to 9-1, while the Gamecocks dropped to 7-4.
Crawford gave up just one run on three hits in 4.2 innings pitched, then Clark (2-0) earned the win by retiring the last batter in the fifth inning. Miller pitched the final 4.0 innings to record his first save of the year. Gamecock starter Cody Morris (2-1) suffered the loss, as he yielded four hits, three runs and six walks with four strikeouts in 3.1 innings pitched. Four South Carolina pitchers combined to issue 10 walks in the game.
Seth Beer broke a 1-1 tie in the fourth inning with a sacrifice fly, then Patrick Cromwell followed with a run-scoring single. In the fifth inning, Kyle Wilkie ripped a two-out, two-run single to double Clemson's lead to 5-1.
The series concludes Sunday at 2 p.m., at Doug Kingsmore Stadium in Clemson on ACC Network Extra. The first 3,000 fans receive a “Beat South Carolina” button.