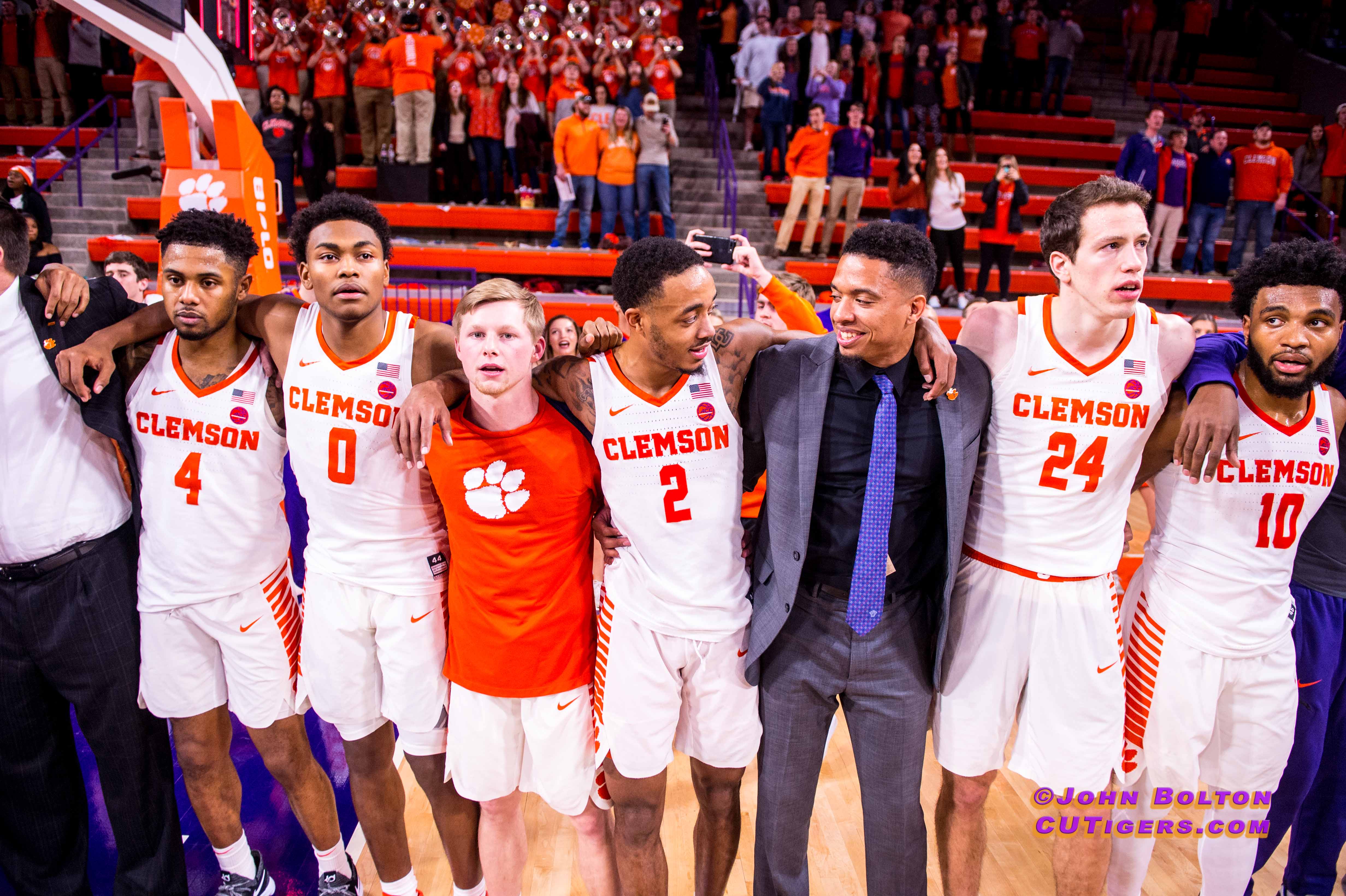 
CLEMSON ADVANCES TO ROUND OF 32!

HIGHLIGHTS:
SAN DIEGO — Clemson University men’s basketball won an NCAA Tournament game with two 20-point scorers in the same game for the first time in program history on Friday night with a 79-68 victory over New Mexico State in the first round.
Shelton Mitchell tied his career-high with 23 points on 8-for-13 shooting from the field, while hitting a pair of 3-pointers and finishing perfect from the foul line on five attempts. Gabe DeVoe posted a 22-point effort on 10-for-15 shooting from the field, including two 3-pointers.
Marcquise Reed also scored in double-figures with 15 points, while Elijah Thomas grabbed double-digit rebounds for the 11th time this season with 10.
The Tigers (24-9) earned its first NCAA Tournament victory in the first round of the tournament since 1997 when Clemson defeated Miami (Ohio) as a No. 4 seed 68-56 – also a part of the Midwest region.
Clemson went back-and-forth with New Mexico State in the early going, but began to pull away from the Aggies (28-6) late in the opening stanza. Following a 3-pointer by DeVoe, the Tigers would take a 44-32 lead into the locker room.
The 44 points scored by Clemson were the second-most allowed by the Aggies in the first half this season and the 12-point lead was the largest halftime deficit the Aggies have faced in 2017-18.
The Tigers opened up an 18-point lead on the heels of a 10-2 run that ended with a Mitchell and-one to put Clemson up 54-36.
New Mexico State wouldn’t go away and would whittle the Tiger lead all the way down to just six points at 68-62 with 5:57 to go in regulation. Clemson answered with a 7-0 run to push its lead back to double-digits and closed it out at the free throw line.
Clemson made at least 30 field goals for just the fifth time this season and the first time since a 29-point victory over Louisiana-Lafayette on Dec. 22, 2017.
Zach Lofton led the Aggies with a game-high 29 points.
The Tigers will take on the No. 4 seed Auburn Tigers on Sunday, March 18 at 7:10 p.m. ET on TBS in the second round (Round of 32) in the NCAA Tournament.