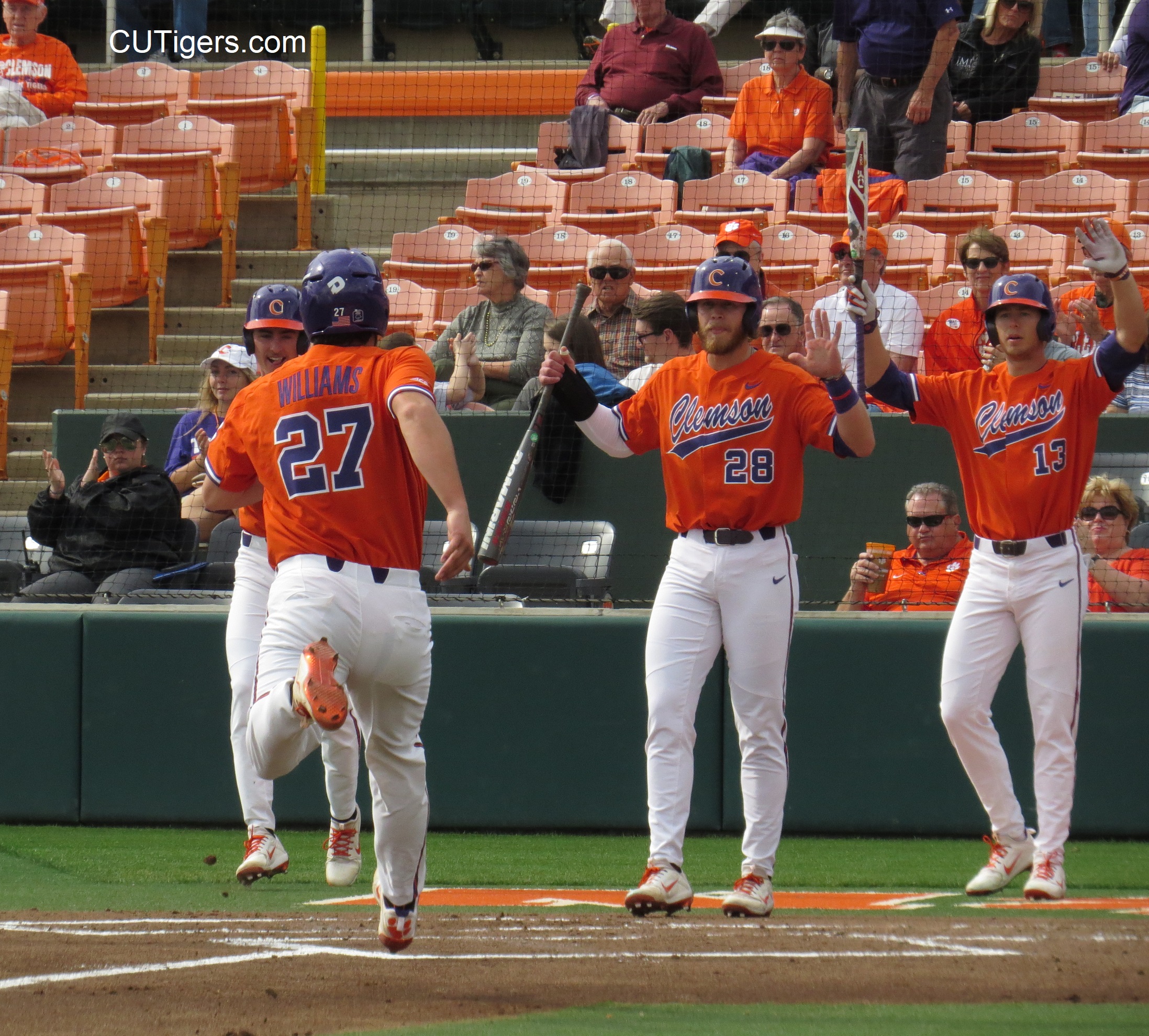 BOX SCORE
CLEMSON, S.C. - Sophomore lefthander Jacob Hennessy allowed only one hit and no earned runs in 6.0 innings pitched to lead No. 8 Clemson to a 10-2 win over Boston College at Doug Kingsmore Stadium on Thursday afternoon.
Hennessy (3-1) earned the win for the Tigers (20-6, 6-4 ACC), who took a 1-0 lead in the series. He gave up a second-inning double and two fourth-inning walks with four strikeouts in the game. Jacob Stevens (3-3) suffered the loss, as he yielded five hits, five runs and four walks with four strikeouts in 5.0 innings pitched for the Eagles (9-14, 4-6 ACC).
Robert Jolly started the scoring with a three-run double in the first inning. In the second inning, Chris Williams belted a two-out, two-run single to put Clemson up 5-1. The Tigers added two runs in the sixth inning, highlighted by Seth Beer's run-scoring single with two outs. Beer, who had a game-high four RBIs, added a three-run homer in the eighth inning, his eighth long ball of the season.
The series continues Friday at 6:30 p.m., on ACC Network Extra. The first 1,000 fans receive trading cards of Tiger players and coaches.