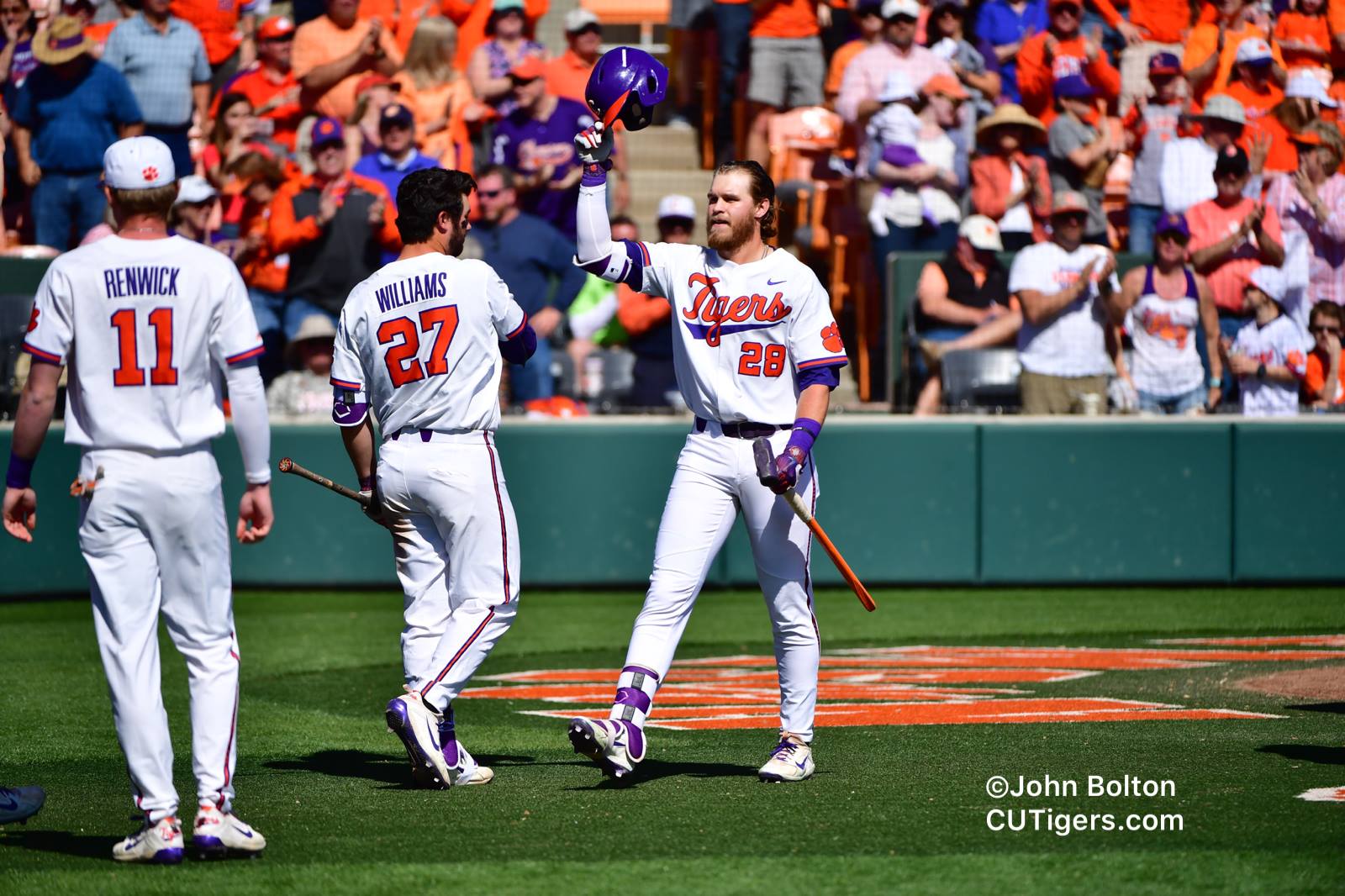 CLEMSON, S.C. - Travis Marr pitched 3.1 scoreless innings in relief to lead No. 8 Clemson to a 8-3 victory over Boston College at Doug Kingsmore Stadium on Saturday afternoon. The Tigers swept the series 3-0 and improved to 22-6 overall and 8-4 in the ACC. The Eagles dropped to 9-16 overall and 4-8 in ACC play.
Marr (3-0) earned the win by allowing just one hit and one walk with two strikeouts for Clemson, who won its 10th game in a row over the Eagles. He entered the game with the Tigers trailing 3-2, and the Tigers took a 6-3 lead with him on the mound. Ryley Gilliam pitched the final 1.1 innings to record his fourth save of the year. Eagle starter Brian Rapp (2-3) suffered the loss, as he gave up four runs on five hits in 4.0 innings pitched.
For the third game in a row, Clemson scored multiple runs in the first inning. Seth Beer lofted a sacrifice fly, then Chris Williams belted a run-scoring double. The Eagles scored single runs in the second, third and fourth innings to take a 3-2 lead. In the fifth inning, the Tigers retook the lead with three runs, capped by Seth Beer's solo homer. It was his 10th of the year and fourth game in a row with a long ball. Jordan Greene added a solo homer in the seventh inning, his first of the season and second of his career, then Bryce Teodosio lined a two-run double in the eighth inning.
The Tigers host Coastal Carolina on Tuesday at 6:30 p.m., on ACC Network Extra. It's Military Appreciation Day, as we honor veterans, active military personnel and our ROTC programs. Fans can purchase a ticket for only $2.