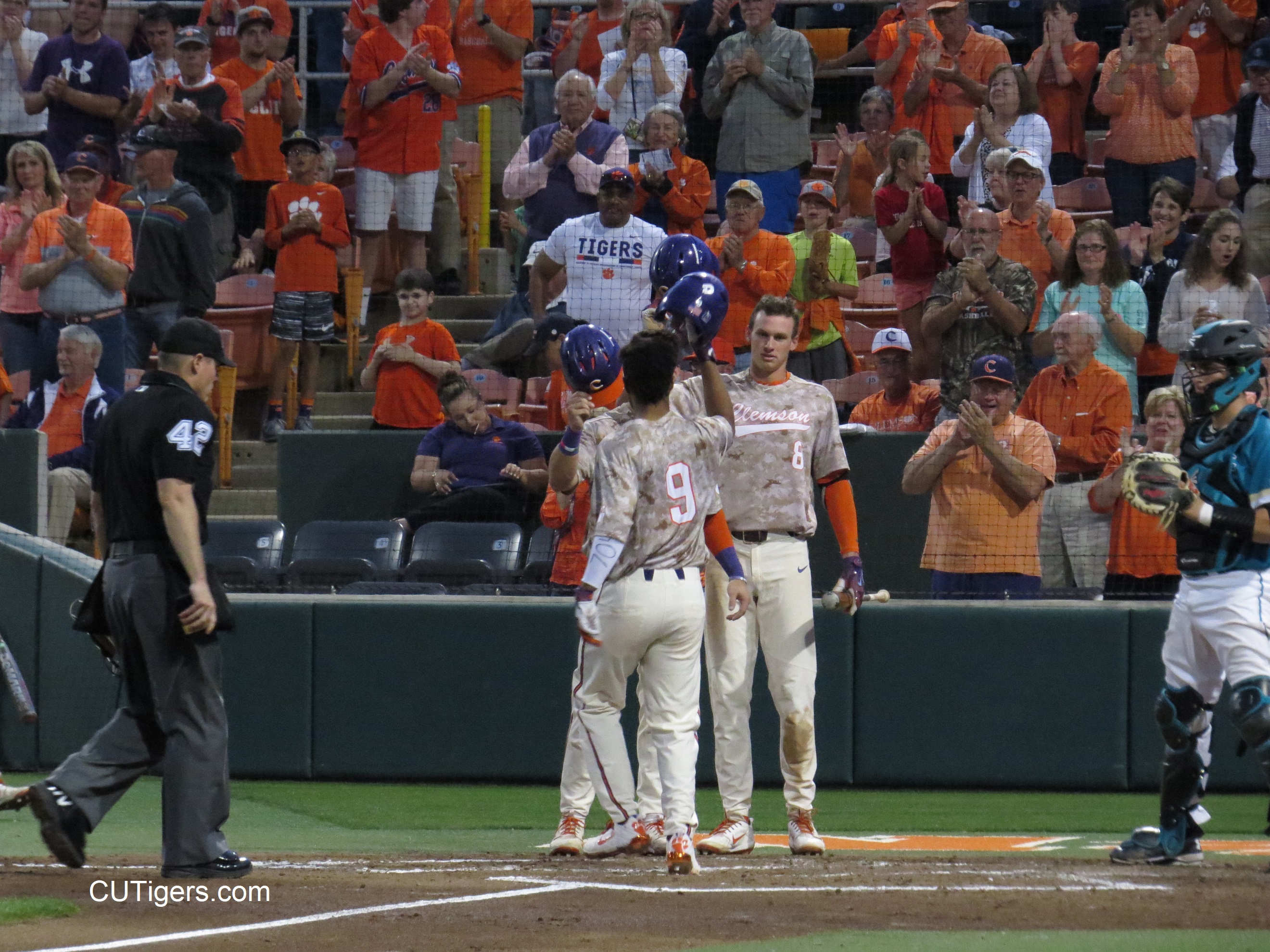 Photo by Trevor Groves CUTigers.com
BOX SCORE
CLEMSON, S.C. - Chris Williams, Jordan Greene, Logan Davidson and Grayson Byrd all hit home runs and freshman righthander Spencer Strider pitched 6.2 strong innings in No. 6 Clemson's 6-1 victory over No. 18 Coastal Carolina in front of 6,450 fans at Doug Kingsmore Stadium on Tuesday night. The Tigers, who evened the home-and-home season series 1-1, won their fifth game in a row and improved to 23-6 on the season. The Chanticleers dropped to 21-10.
Williams started the scoring with a solo homer in the second inning, his seventh of the season. In the fifth inning, Greene belted a two-run homer, his second of the season and second in as many games. Davidson followed with a solo homer, his fourth of the year. Coastal Carolina registered its first hit and run of the game in the top of the seventh inning, then Byrd responded with a home run, his fourth of the year, to lead off the bottom of the seventh inning and Seth Beer added a run-scoring double in the frame. The four homers were the most by Clemson since May 16, 2017, when the Tigers hit four homers the last time Coastal Carolina visited Doug Kingsmore Stadium.
In just his second career start, Strider (3-0) earned the win by allowing just two hits, one run and three walks with seven strikeouts in 6.2 innings pitched. He did not allow a hit or a runner past first base until the seventh inning. Chanticleer starter Shaddon Peavyhouse (1-3) suffered the loss, as he yielded one hit, one run and four walks with two strikeouts in 3.0 innings pitched.
The Tigers travel to Notre Dame to face the Fighting Irish in a three-game series starting Friday at 6:05 p.m., on ACC Network Extra.