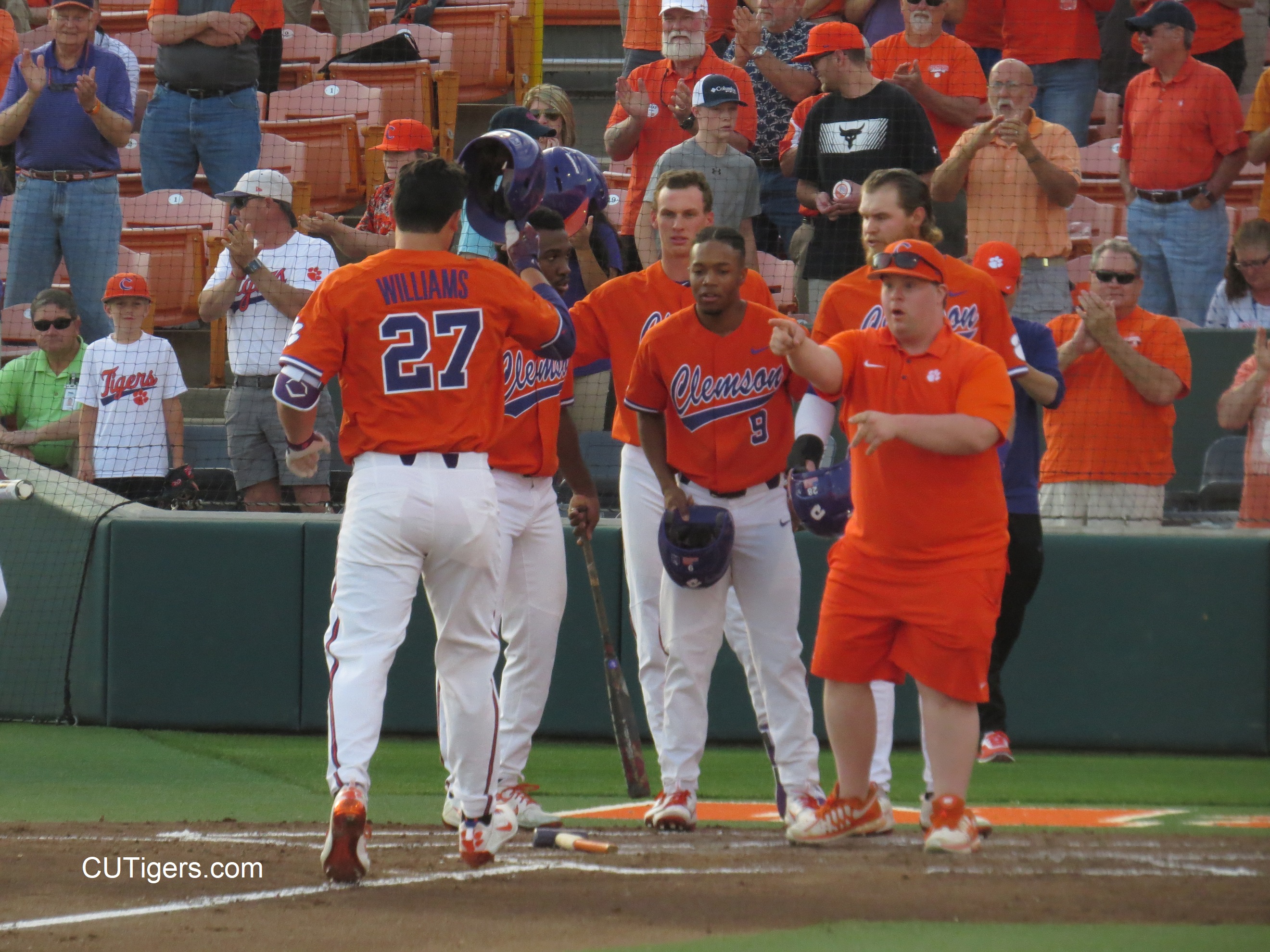 Photo by Trevor Groves CUTigers.com
CLEMSON, S.C. - Miami (Fla.) overcame an 11-3 deficit entering the ninth inning with eight runs in the ninth to tie the score and Freddy Zamora hit a run-scoring single in the 12th inning in the Hurricanes' 12-11 win over No. 3 Clemson at Doug Kingsmore Stadium on Friday night. The Hurricanes, who took a 1-0 lead in the series, improved to 14-19 overall and 8-8 in the ACC. The Tigers fell to 25-9 overall and 10-6 in ACC play.
After the Hurricanes plated two runs in the top of the first inning, Williams belted his first career grand slam and eighth homer of the season in the bottom of the first inning. The Hurricanes scored a run in the top of the second inning, then Cromwell crushed a two-run homer in the bottom of the second inning. Cromwell hit another two-run homer, his fourth long ball of the season, in the eighth inning, and Clemson added three more runs in the frame thanks to a two-out error and Drew Wharton's two-run single.
But the Hurricanes did not go quietly. They scored eight runs in the ninth inning on seven hits and a costly Tiger error to tie the score 11-11. In the 12th inning, Alex Toral hit a controversial double over the first-base bag, then Zamora flared a single to center to score pinch-runner Kam Lane.
Frankie Bartow (2-0) pitched 4.0 innings in relief to earn the win, while Carson Spiers (1-2) suffered the loss.
The series concludes Saturday with a doubleheader starting at 1 p.m., on ACC Network Extra. Kids can stand on the field with the team for the national anthem before the first game and run the bases after the second game of the doubleheader.