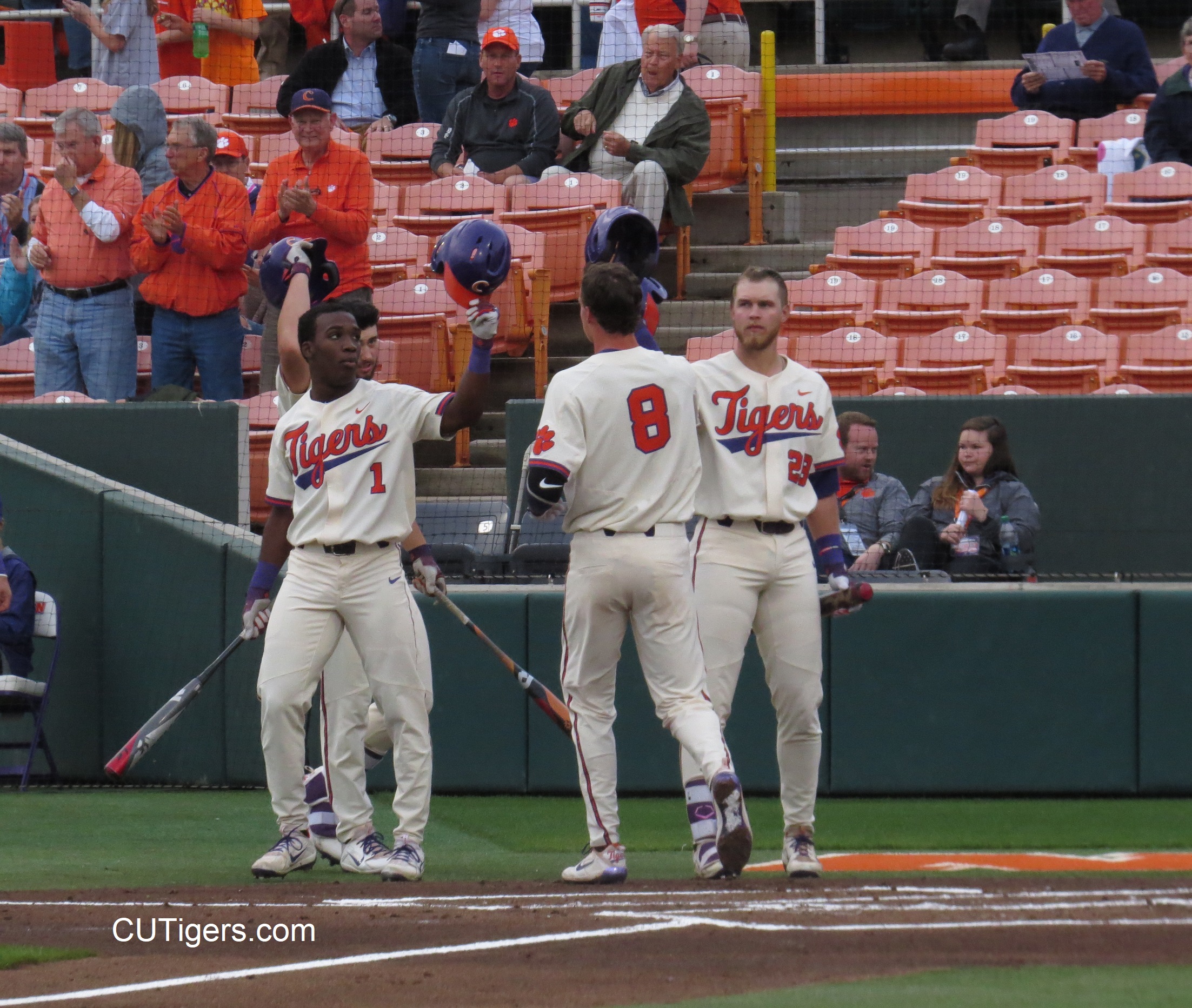 BOX SCORE
CLEMSON, S.C. - Logan Davidson went 2-for-4 with a home run and career-high four RBIs to lead No. 8 Clemson to a 9-4 victory over Kennesaw State at Doug Kingsmore Stadium on Tuesday night in the first-ever meeting between the two programs.
Clemson (30-11) scored four runs in the first inning, highlighted by Davidson's two-run homer, his seventh of the year. After the Owls (23-18) scored two runs in the top of the third inning, the Tigers responded with three runs in the bottom of the third inning. Kyle Wilkie led off with his third homer of the season, then Drew Wharton grounded a run-scoring single and Kier Meredith hit an RBI groundout.
Kennesaw State scored two more runs in the top of the fifth inning before Davidson drew a bases-loaded walk in the bottom of the fifth inning. Davidson then lined a two-out, run-scoring single in the seventh inning for Clemson, who took a 1-0 lead in the home-and-home season series.
Tiger reliever Spencer Strider (4-1) earned the win, as he allowed one hit, no runs and two walks with six strikeouts in 2.2 innings pitched. Ryan Miller pitched the final 2.1 innings to record his fourth save of the year. Owl starter Nathan Dupree (1-1) suffered the loss, as he gave up four runs on two hits and five walks in the first inning.
The Tigers host Presbyterian College on Wednesday at 6:30 p.m., on ACC Network Extra. Fans can purchase a ticket for only $2.