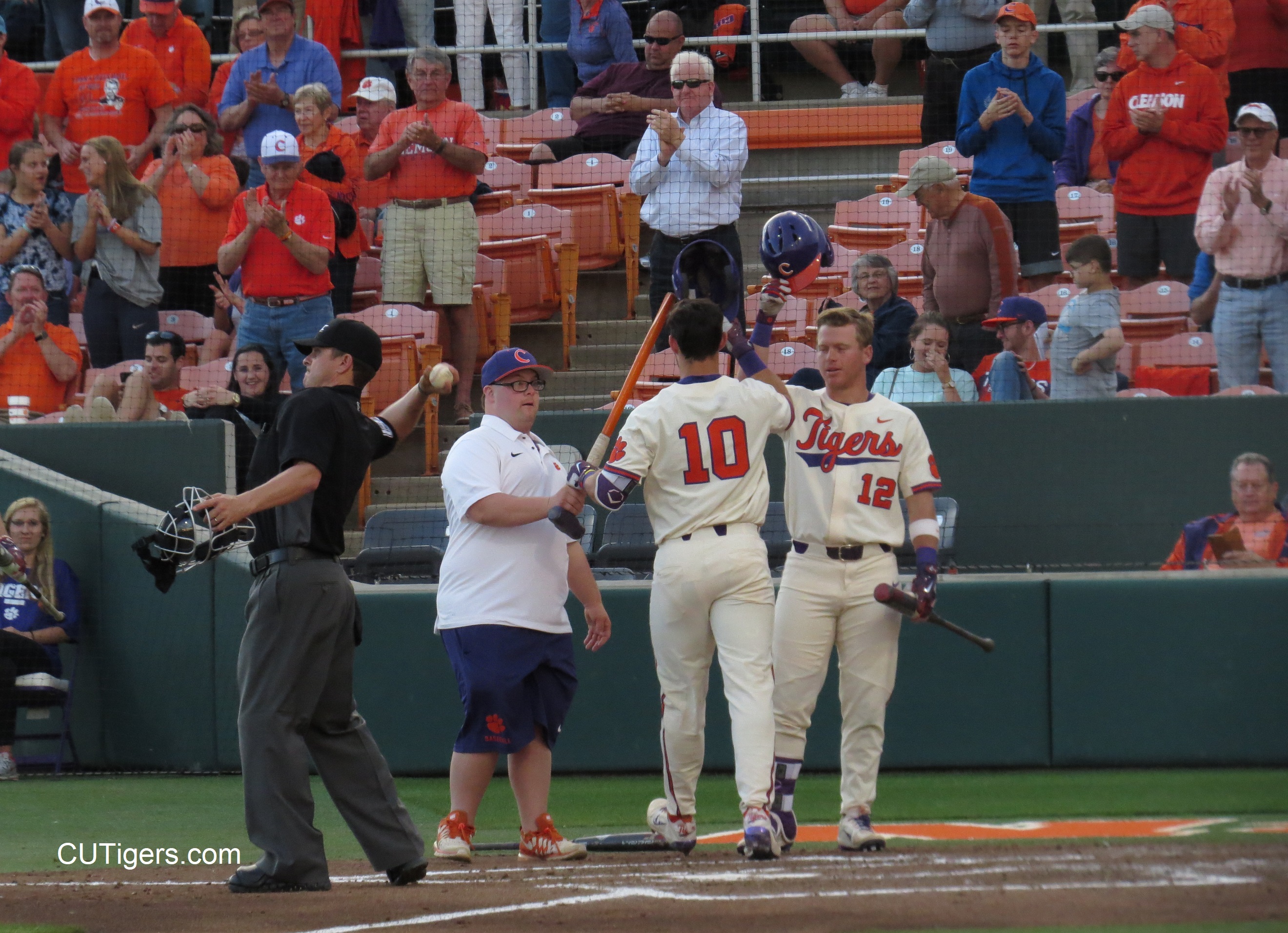 Photo by Trevor Groves CUTigers.com
BOX SCORE
CLEMSON, S.C. - No. 8 Clemson set a season high for runs in its 14-4 win over Presbyterian College at Doug Kingsmore Stadium on Wednesday night. With the victory, Clemson (31-11) secured a winning record in 2018 for the 54th-consecutive season, the third-longest active streak in the nation.
In his first career start, Sam Hall lined a two-out, run-scoring single for his first career hit in the second inning. The Blue Hose (13-30) answered with two runs in the top of the third inning on back-to-back sacrifice flies, then the Tigers scored four runs in the bottom of the third inning, including three on Grayson Byrd's seventh home run of the season. Kyle Wilkie made it back-to-back homers with his fourth homer of the year and third game in a row with a long ball. Wilkie was hit-by-pitch with the bases loaded in the fourth inning, then he highlighted Clemson's three-run fifth inning with a run-scoring single. The Tigers added four runs in the sixth inning, capped by Seth Beer's three-run homer, his 11th long ball of the year.
Travis Marr (4-1) earned the win in relief, as he allowed three hits, one run and two walks with one strikeout in 3.1 innings pitched. Blue Hose starter Connor Jahn (0-2) suffered the loss.
The Tigers travel to Virginia for a three-game series beginning Friday at 6 p.m., on ACC Network Extra.