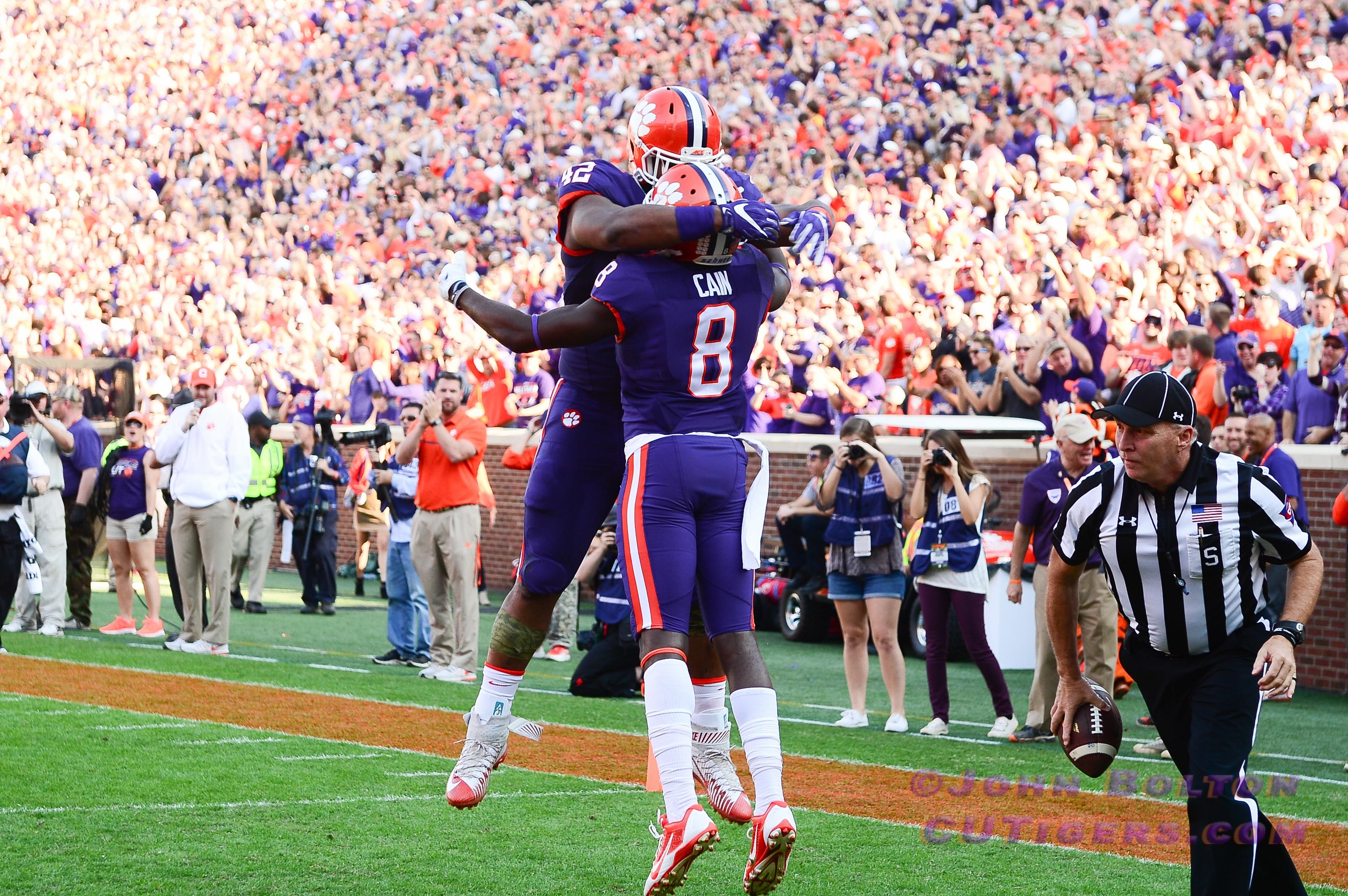 Photo by John Bolton CUTigers.com
Clemson, S.C.—Former Clemson players Dorian O’Daniel, Deon Cain and Ray-Ray McCloud were all selected in the NFL draft over the last two days.  All three helped Clemson to a 40-4 record, three ACC Championships, three College Football Playoff appearances and the 2016 National Championship over the last three years.
With the three selections, Clemson has now had 51 players selected since Head Coach Dabo Swinney became head coach in December of 2008.   It is the 11thconsecutive year Clemson has had at least three players selected in the NFL draft.
O’Daniel was the first Clemson player selected, as the graduate was the last selection of the third round by the Kansas City Chiefs on Friday evening, the 100thselection of the draft.   He was the first Clemson player taken by the Chiefs since the 2008 draft when they selected Barry Richardson, who became a starter at offensive tackle for the franchise.
Getting in under the wire on Friday night was a good sign for O’Daniel.  Sixty-nine of the 72 Clemson players selected in the top 100 of the draft have gone on to play in an NFL game.
O’Daniel led Clemson in tackles last year with 104, 72 first hits and 32 assists.  He added 11.5 tackles for loss and five sacks.   He also had two interception returns for touchdowns this season, the first Clemson defensive player to have two touchdowns in a season since Kourtnei Brown in 2011.
Cain and McCloud were selected in the sixth round with picks 185 and 187, respectively.   Cain went to the Indianapolis Colts and McCloud went to the Buffalo Bills.  It marked the first time since the 2009 draft that two Clemson players who played the same position were selected within two draft positions.  That year safeties Chris Clemons and Michael Hamlin were taken with consecutive picks in the fifth round.
Cain is the first Clemson player taken by the Colts since T.J. Green was chosen in 2016.  McCloud was the seventh Clemson player drafted by Buffalo since 2010 when C.J. Spiller was a first-round selection.
Cain and McCloud are the seventh and eighth receivers drafted since Dabo Swinney became head coach in October of 2008.   Their selection gives Clemson seven drafted receivers in the last five years.     Seven former Clemson receivers caught passes in the NFL last year.
Cain led Clemson’s 12-2 team with 734 receiving yards and six touchdown receptions.   He finished his career with 20 touchdown catches, tied for fourth in school history.   McCloud had 49 receptions  for 503 yard and added 303 punt return yards on just 25 attempts a 12.1 average.   He was a second team All-American as a punt returner.