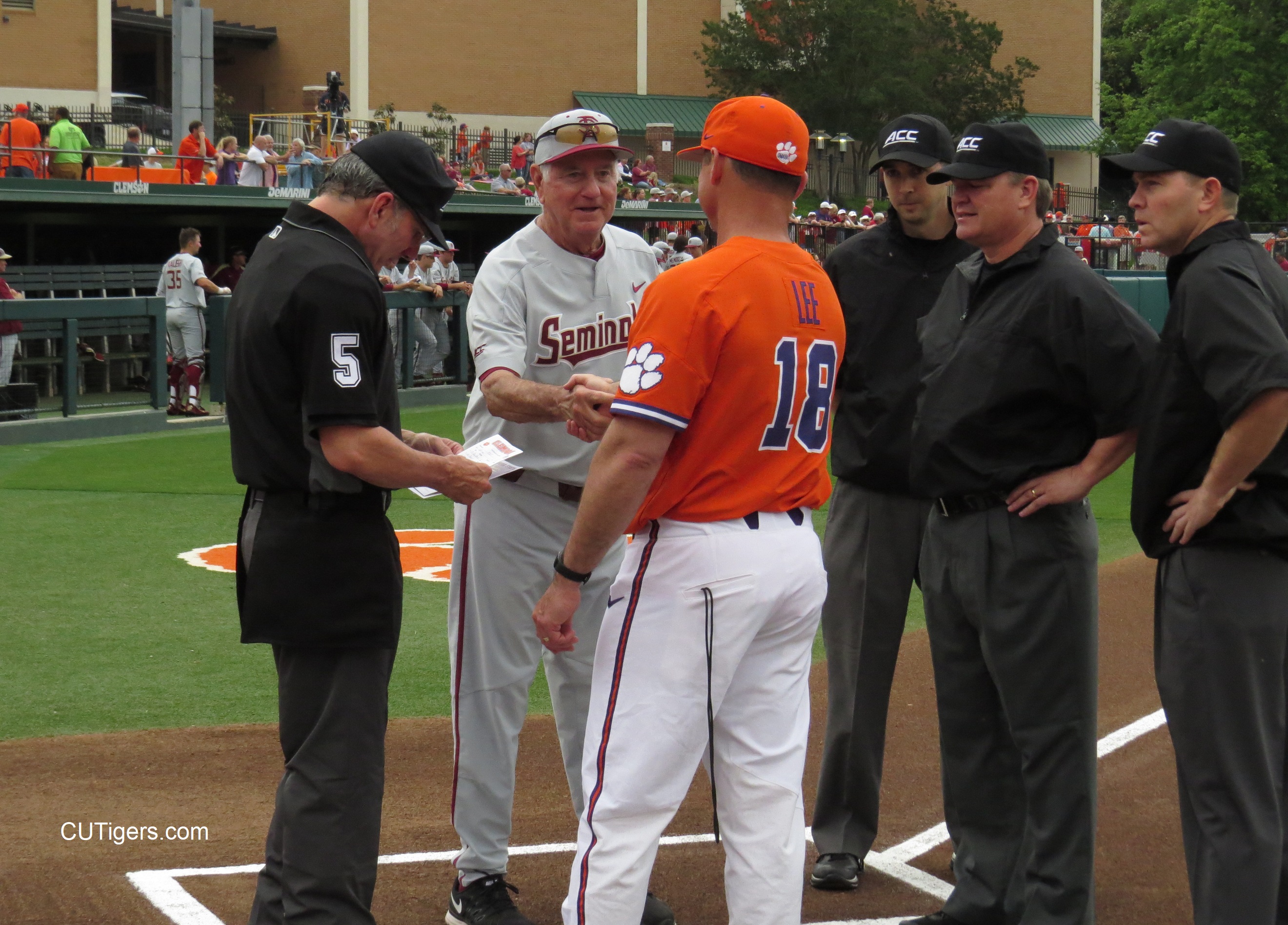 BOX SCORE
CLEMSON, S.C. - Steven Wells hit a solo homer with two outs in the 13th inning to lift No. 15 Florida State to a 3-2 victory over No. 6 Clemson at Doug Kingsmore Stadium on Saturday night. The Seminoles, who took a 1-0 lead in the series, improved to 32-14 overall and 14-10 in the ACC. The Tigers, who saw their eight-game winning streak come to an end, fell to 34-12 overall and 17-8 in ACC plays. Florida State head coach Mike Martin recorded his 1,976th career win to move ahead of the late Augie Garrido for the most victories in NCAA history.
The Seminoles dented the scoreboard first in the sixth inning when Rhett Aplin led off with a double and scored on Cal Raleigh's single, then Reese Albert led off the top of the seventh inning with a home run. Clemson answered in the bottom of the seventh inning with a run on Drew Wharton's sacrifice fly. In the eighth inning, Jordan Greene led off with a double and scored the tying run on Logan Davidson's single. After both teams squandered opportunities in extra innings, Wells, who was 0-for-6 entering his plate appearance, belted a 1-2 pitch over the fence in left field in the 13th inning.
CJ Van Eyk (3-0) earned the win, as he allowed one run in the final 6.1 innings pitched. Ryley Gilliam (2-2) suffered the loss.
The series continues Sunday at 4 p.m., on ACC Network Extra.