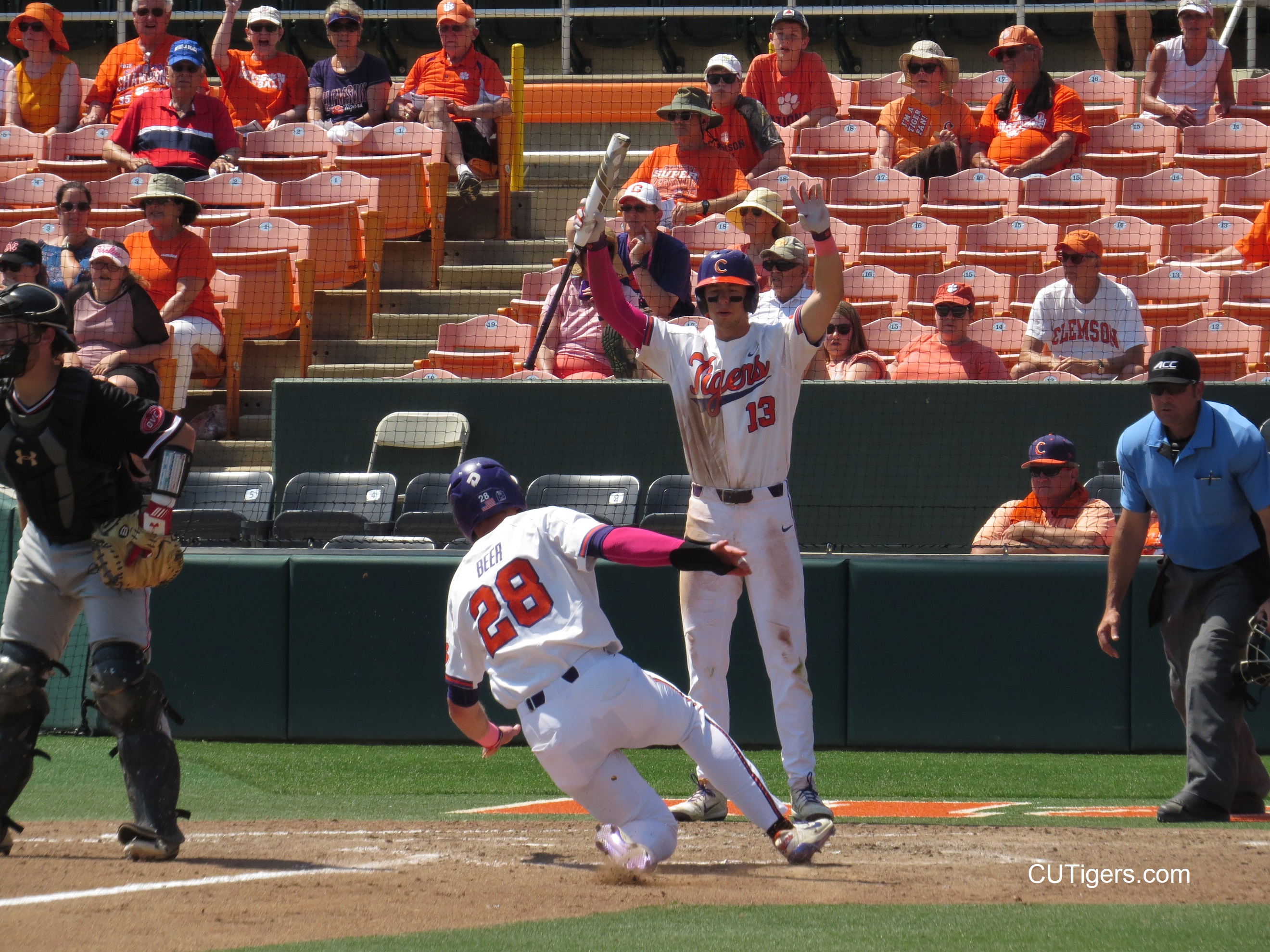 BOX SCORE
CLEMSON, S.C. - Junior Grayson Byrd led off the 11th inning with a walkoff homer in No. 5 Clemson's 3-2 win over Austin Peay on Senior Day at Doug Kingsmore Stadium on Sunday afternoon. The Tigers, who won the series, improved to 39-13 and tied the school record with their 14th one-run victory of the season. The Governors dropped to 30-22.
After five scoreless innings, Austin Peay broke through with two two-out runs in the top of the sixth inning on two bases-loaded walks. In the bottom of the sixth inning, Clemson answered with two runs, capped by Byrd's sacrifice fly. After Clemson had runners at second and third with one out in the ninth inning and second and third with no outs in the 10th inning without scoring, Byrd belted a 1-0 pitch over the fence in left field, his ninth long ball of the season, in the 11th inning. Kyle Wilkie (18) and Logan Davidson (13) extended their hitting streaks as well.
Travis Marr (6-1) earned the win, as he pitched a scoreless 11th inning. Harley Gollert (3-3) suffered the loss.
The Tigers travel to Georgia to take on Kennesaw State on Tuesday at 6 p.m., on ESPN+.