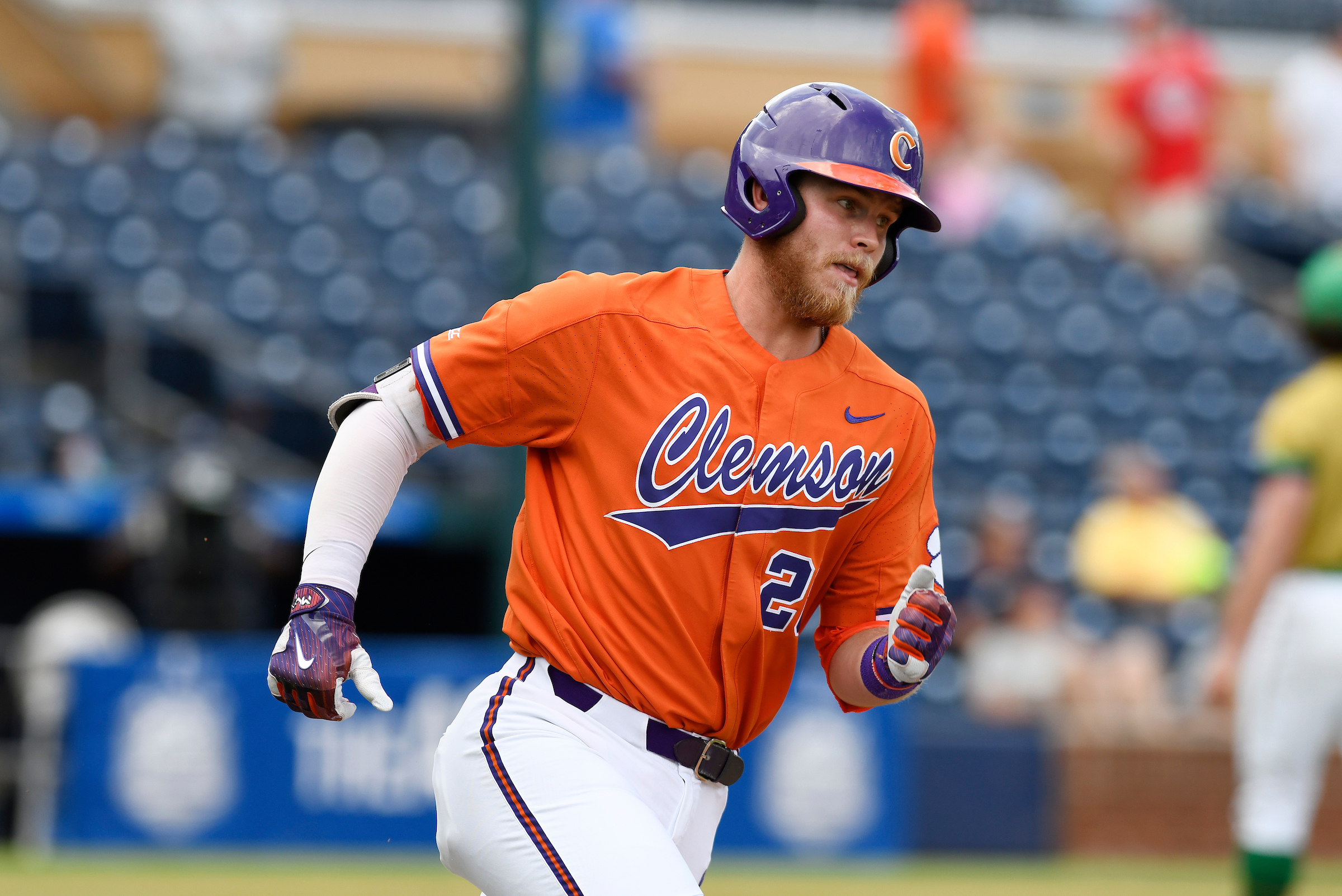 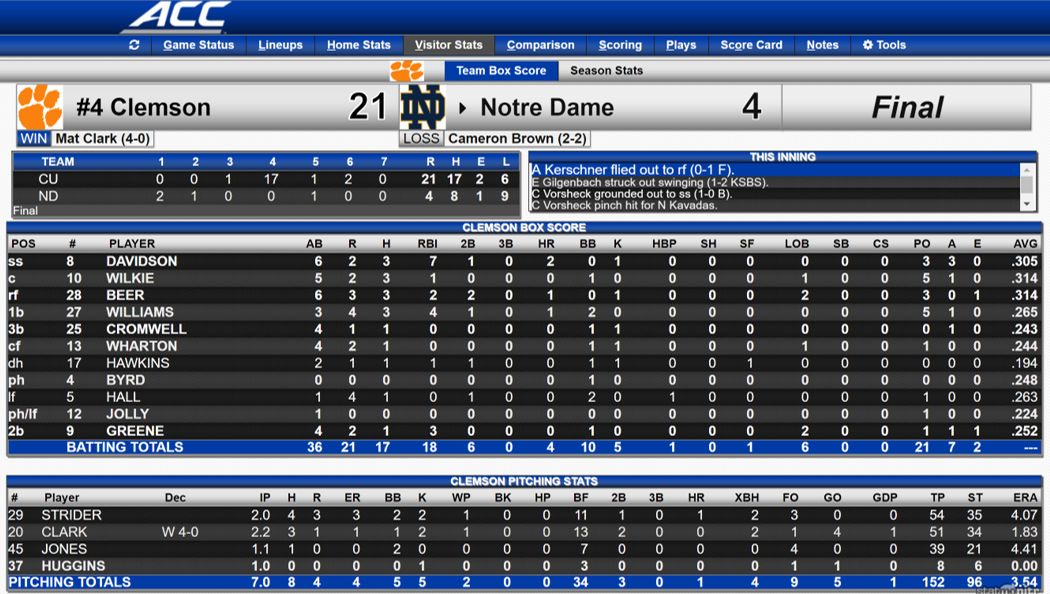 DURHAM, N.C. - No. 4 Clemson set an ACC Tournament record for runs in an inning with 17 in the fourth inning in its 21-4 victory in seven innings over Notre Dame at Durham Bulls Athletic Park on Wednesday afternoon. The Tigers, who improved to 1-0 in the tourney and won their seventh game in a row, upped their season record to 44-13. The Fighting Irish ended their season with a 24-30 record.
With Clemson trailing 3-0, Kyle Wilkie extended his hitting streak to 23 games with a run-scoring single in the third inning. The Tigers then erupted for 17 runs in the fourth inning, the third-most runs in an inning in school history and the most since scoring a school-record 19 runs against Maryland on March 21, 1998. The Tigers hit four home runs in the frame, including two by Logan Davidson and one each by Seth Beer and Chris Williams. In all, Clemson sent 21 batters to the plate and scored 17 runs, including three by Williams, in the fourth inning.
Six days after becoming the first Tiger in history to hit a home run from both sides of the plate in a game when he did so at Pittsburgh, Davidson did it again, this time in the fourth inning when he hit a two-run homer as a lefthanded batter, then hit a grand slam as a righthanded batter. Davidson set a Tiger ACC Tournament record with seven RBIs as well. By the fifth inning, every Tiger starter had at least one hit and one run. The game was shortened to seven innings due to the 10-run rule.
Tiger reliever Mat Clark (4-0) earned the win, as he allowed three hits, one run and one walk with two strikeouts in 2.2 innings pitched. Notre Dame starter Cameron Brown (2-2) suffered the loss, as he gave up four runs on four hits in 3.1 innings pitched.
The Tigers face No. 7 seed Miami (Fla.) on Thursday at 7 p.m., on RSN and ACC Network Extra (subject to blackout) to determine the winner of the pool. Clemson is the designated home team and will occupy the third-base dugout. The Canes have won 11 straight, tied with Stetson for the longest active streak in the nation. The Tigers have won 18 of their last 20 and lead the Power Five in HR's (91, ten more than any other team), 2nd in walks.