DURHAM, N.C. - No. 4 Clemson broke a 1-1 tie with six runs in the sixth inning in its 7-1 victory over Miami (Fla.) in the ACC Tournament at Durham Bulls Athletic Park on Thursday night. The Tigers, who went to 2-0 in the tourney and won their eighth game in a row, improved to 45-13, their highest win total since totaling 45 victories in 2010. The Hurricanes, who went 1-1 in the tourney and saw their 11-game winning streak come to an end, fell to 28-26. 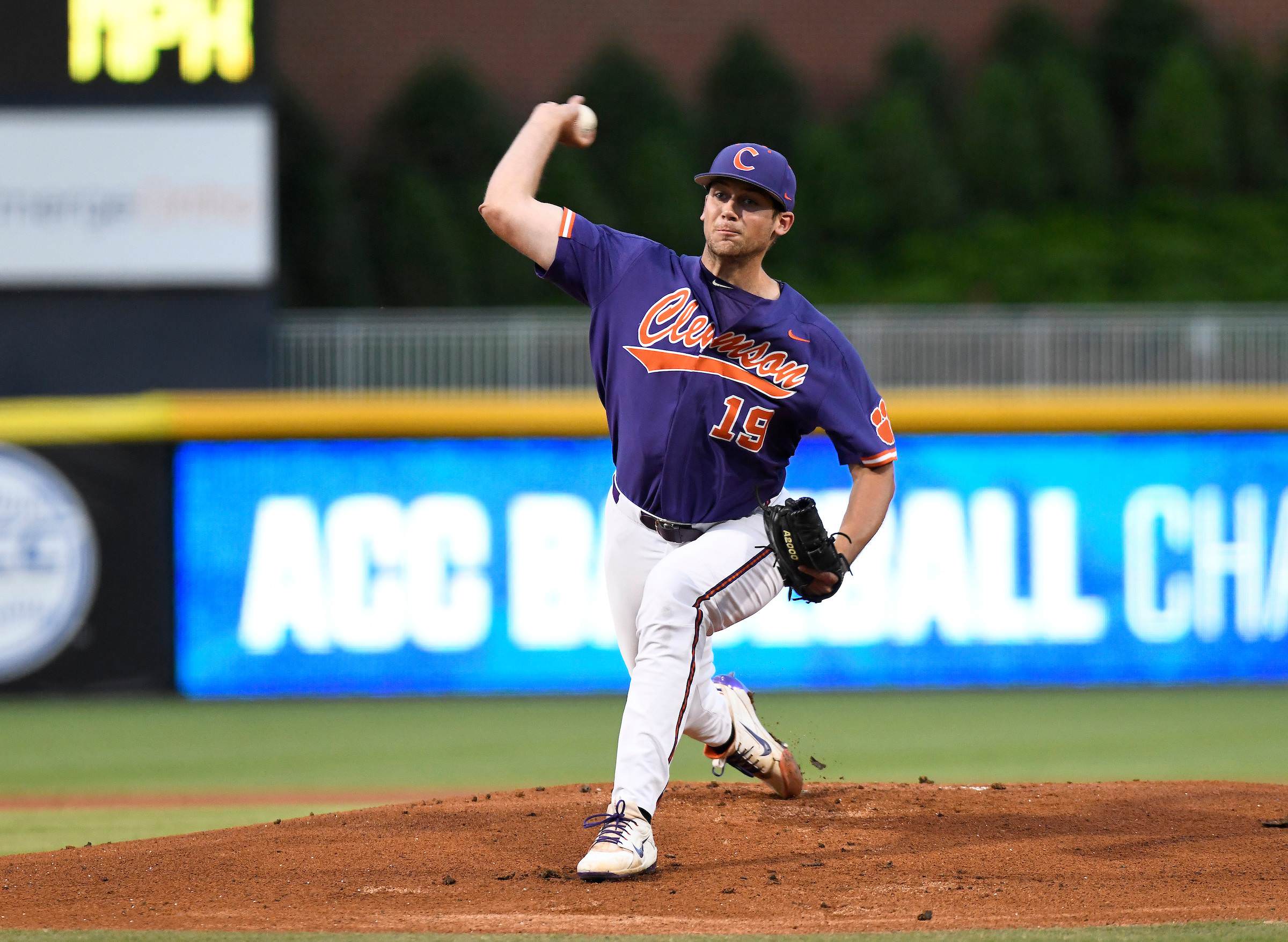 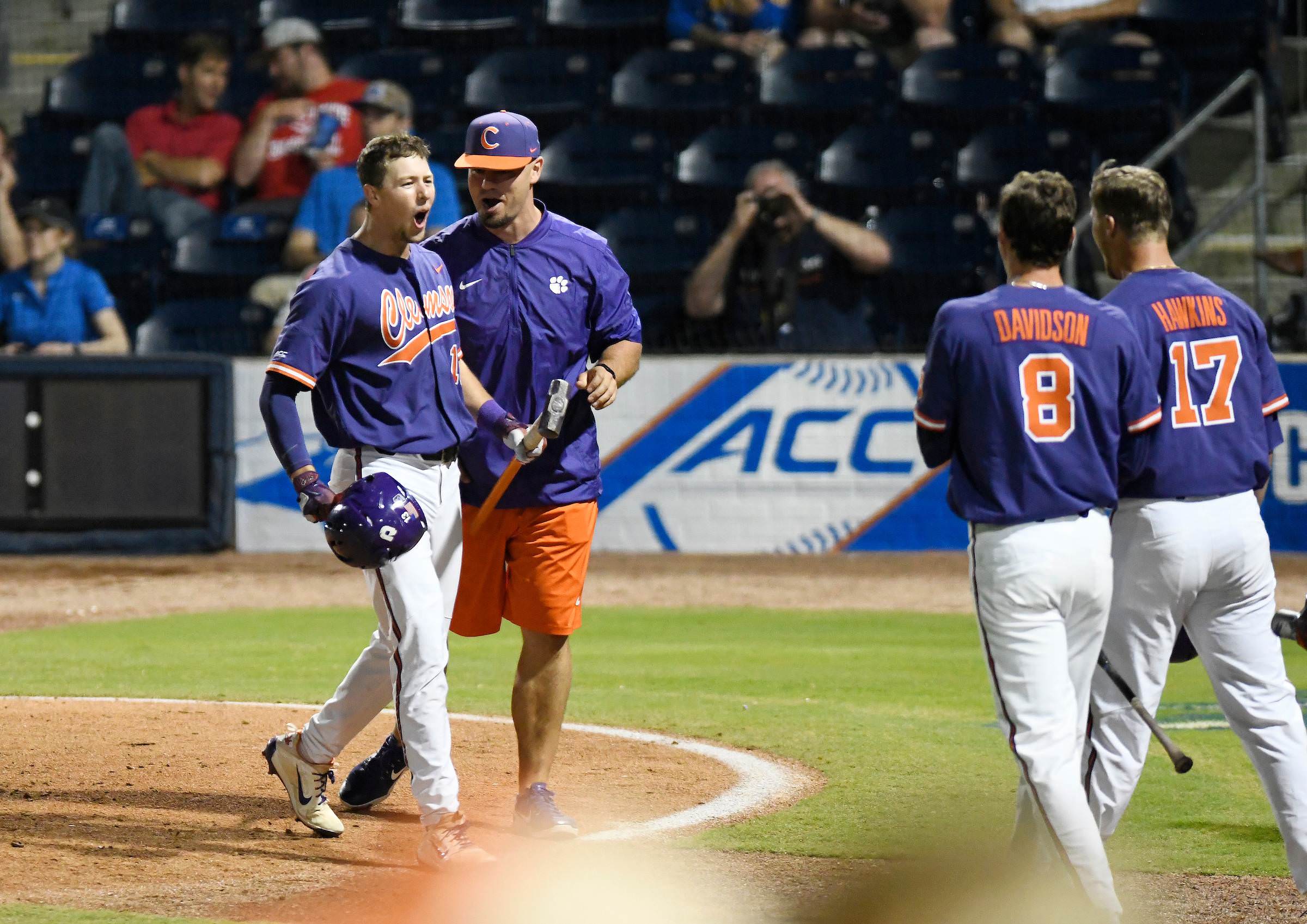 Photo: Liz Condo
The Tigers grabbed the first lead in the second inning on Jordan Greene's RBI groundout, then Dylan Cloonan hit a two-out, run-scoring triple in the fourth inning to tie the score. Drew Wharton led off the sixth inning with his seventh homer of the season. Later in the inning with two outs, Kyle Wilkie, who earlier extended his hitting streak to 24 games, and Seth Beer laced run-scoring singles before Chris Williams belted an opposite-field, three-run homer, his 16th long ball of the season.
Tiger reliever Ryan Miller (6-1) earned the win, as he pitched the final 4.0 innings. Miami starter Jeb Bargfeldt (4-5) suffered the loss, as he gave up six hits, four runs and five walks with five strikeouts in 5.2 innings pitched. 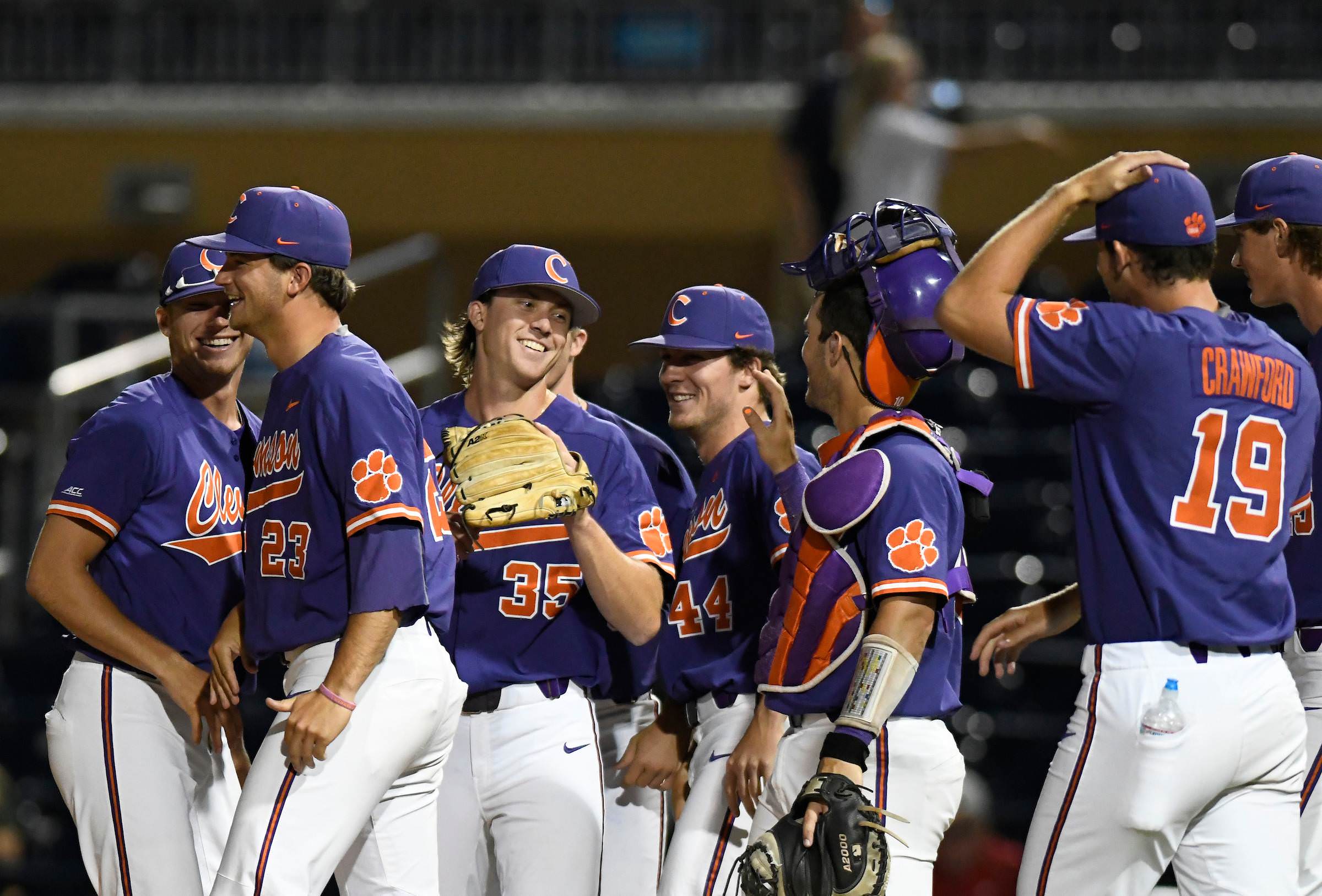 Photo: Liz Condo
The Tigers advance to the semifinal round to play the winner of Friday's game between Florida State and NC State on Saturday at 5 p.m., on RSN and ACC Network Extra (subject to blackout). Clemson is the designated home team and will occupy the third-base dugout.