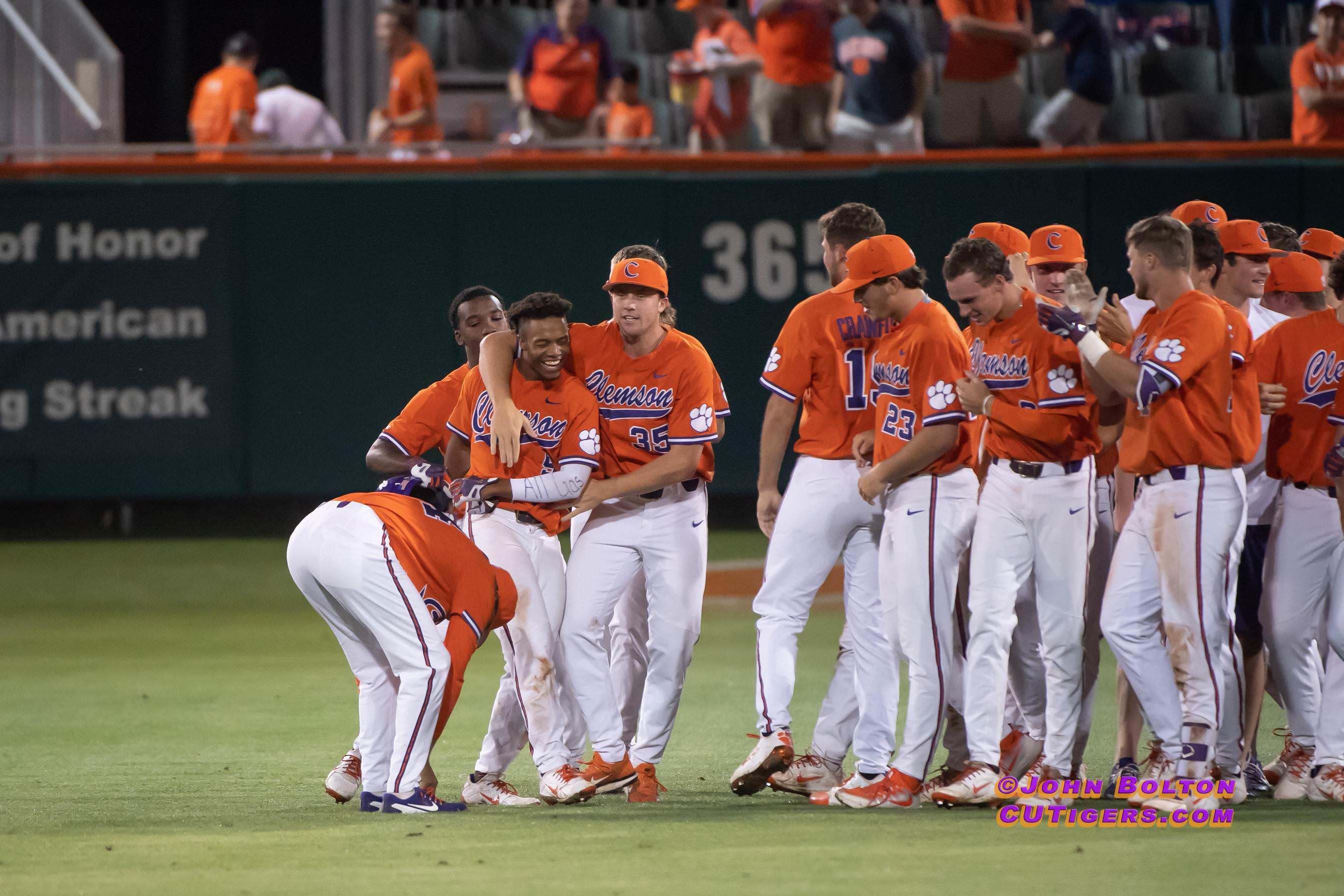 CLEMSON, S.C. - Jordan Greene hit a walkoff single that scored Drew Wharton in the 10th inning in No. 2 Clemson's 4-3 win over Morehead State in the Clemson Regional at Doug Kingsmore Stadium on Friday night. The Tigers improved to 46-14, while the Eagles fell to 37-25. The 46 wins are Clemson's most since totaling 53 in 2006.
The Eagles scored two unearned runs in the second inning thanks in large part to two Tiger errors. After an error on a potential inning-ending, double-play grounder, Tyler Niemann lined an RBI double, and the second runner scored on the play after another error. In the fifth inning, Seth Beer belted a solo homer, his 21st of the season, to cut the Eagle lead in half, then Morehead State responded with a run on Connor Pauly's groundout in the top of the sixth inning to take a 3-1 lead. 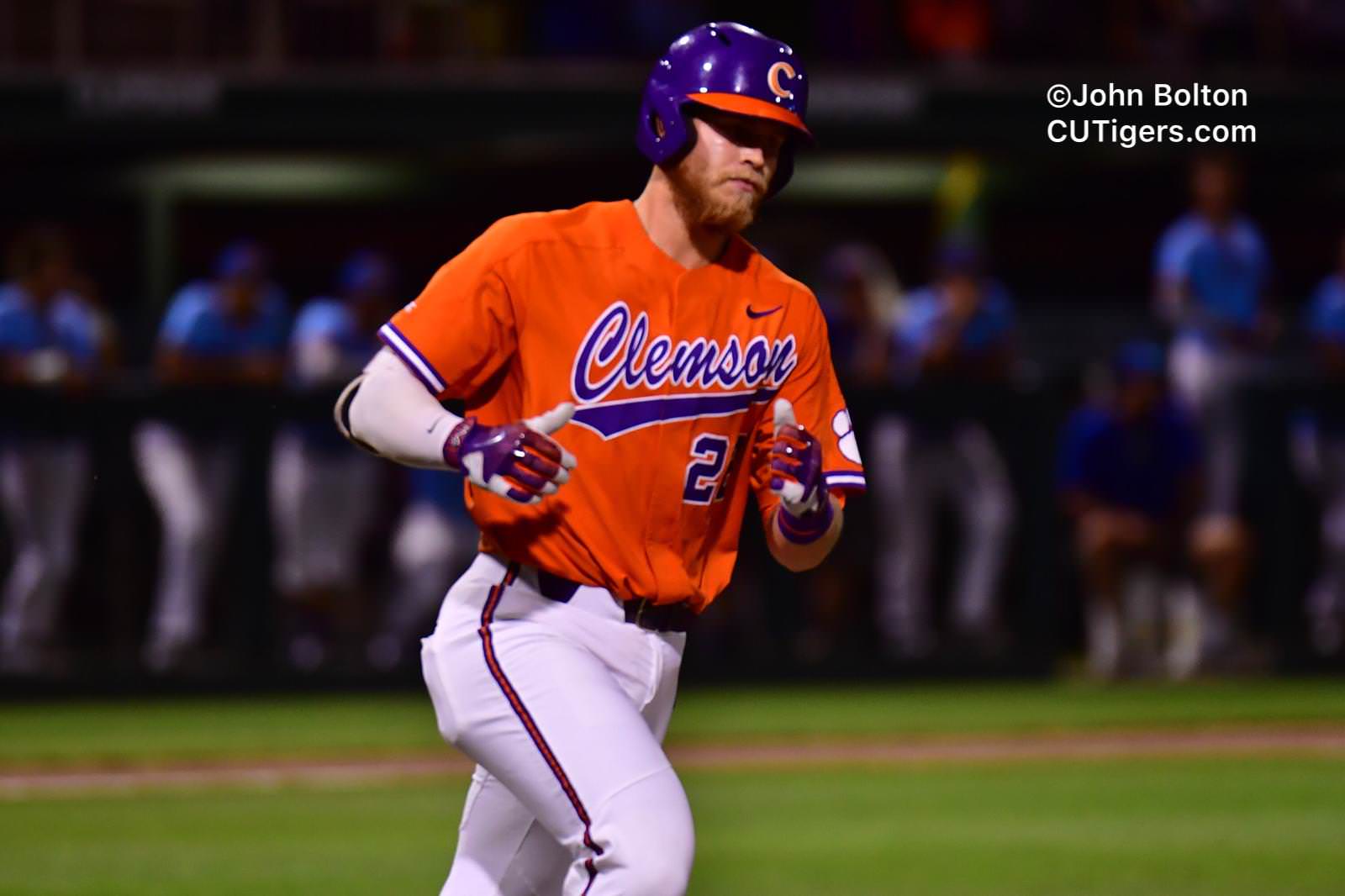 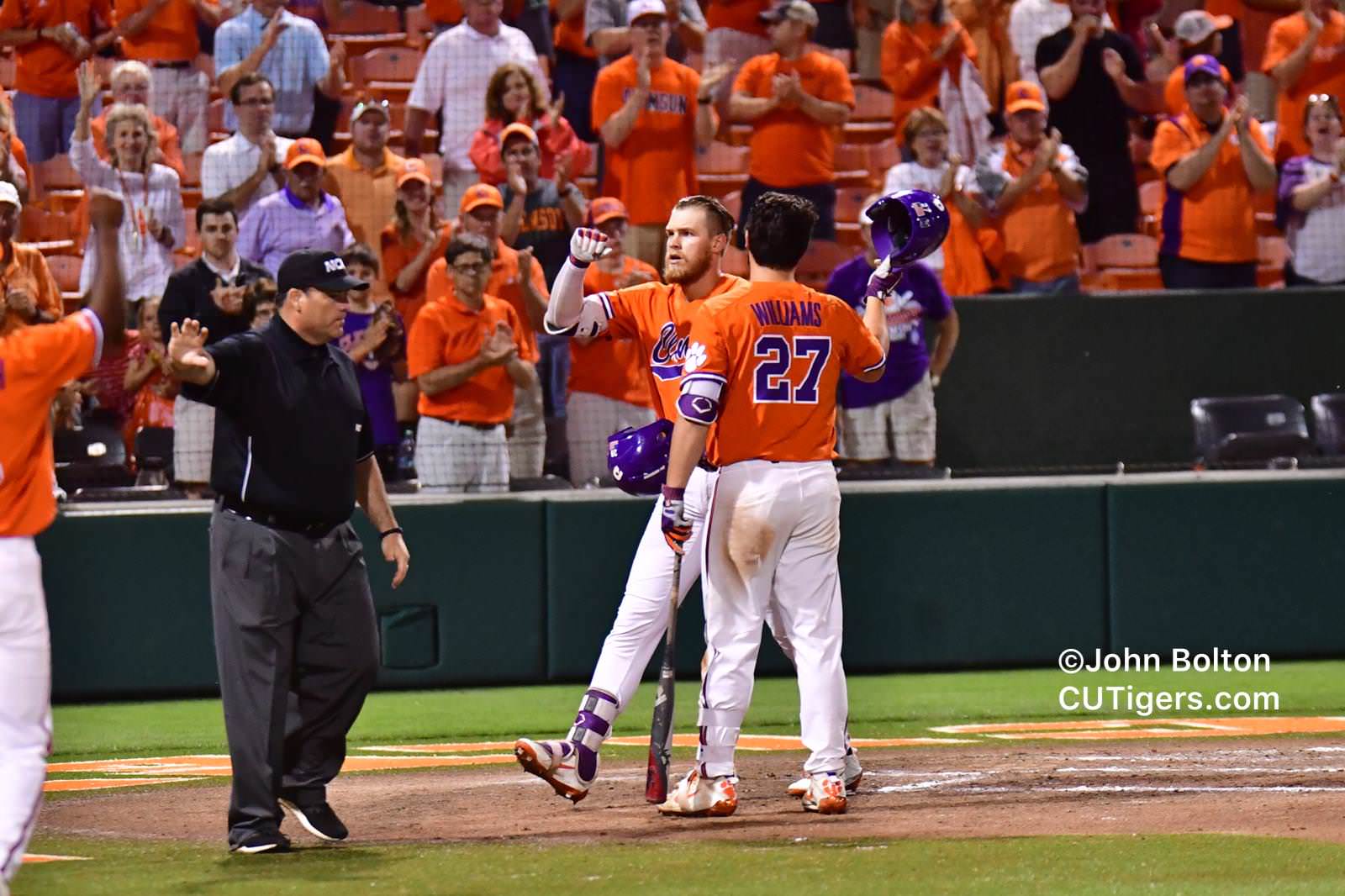 In the bottom of the sixth inning, Justin Hawkins lined a run-scoring double, then Kyle Wilkie, who earlier extended his hitting streak to 26 games, hit a two-out, run-scoring single to tie the score. In the 10th inning, Wharton led off with a bloop single and moved to second on Patrick Cromwell's sacrifice bunt before Greene grounded a one-out single through the left side to score Wharton for the winning run on Clemson's sixth walkoff hit of the season.
Ryley Gilliam (3-3) pitched 0.2 scoreless innings to earn the win, while Cory Conway (8-4) suffered the loss. Five Tiger pitchers combined to limit Morehead State, who entered the game second in the nation in runs per game (8.5) and fourth in batting average (.317), to only six hits and three runs (one earned) in 10.0 innings pitched.
The Tigers, who set a school record with their 15th one-run victory of the season, play Vanderbilt in the winners' bracket on Saturday at 7 p.m., on ESPN3. Clemson is the designated visiting team. 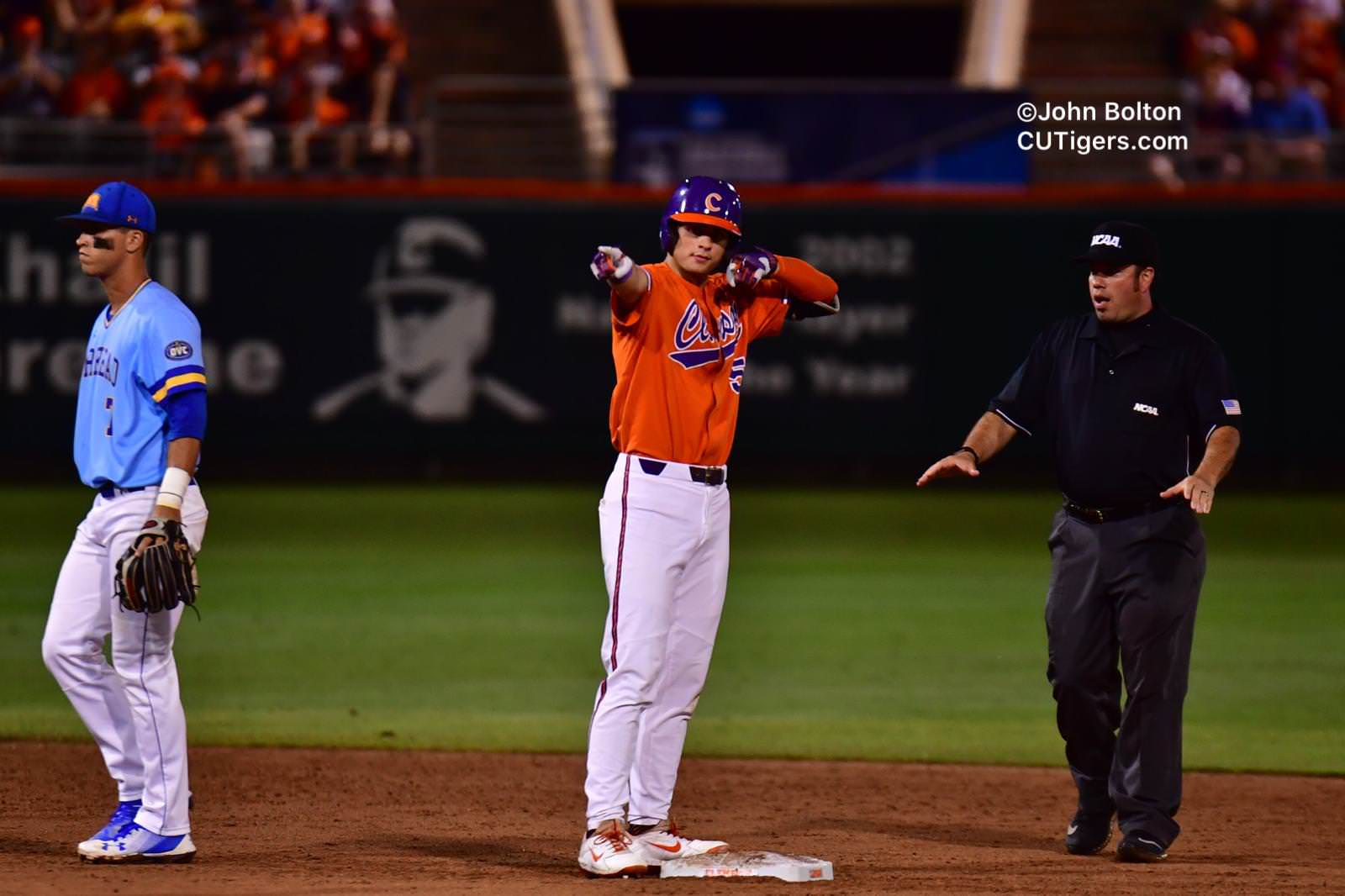 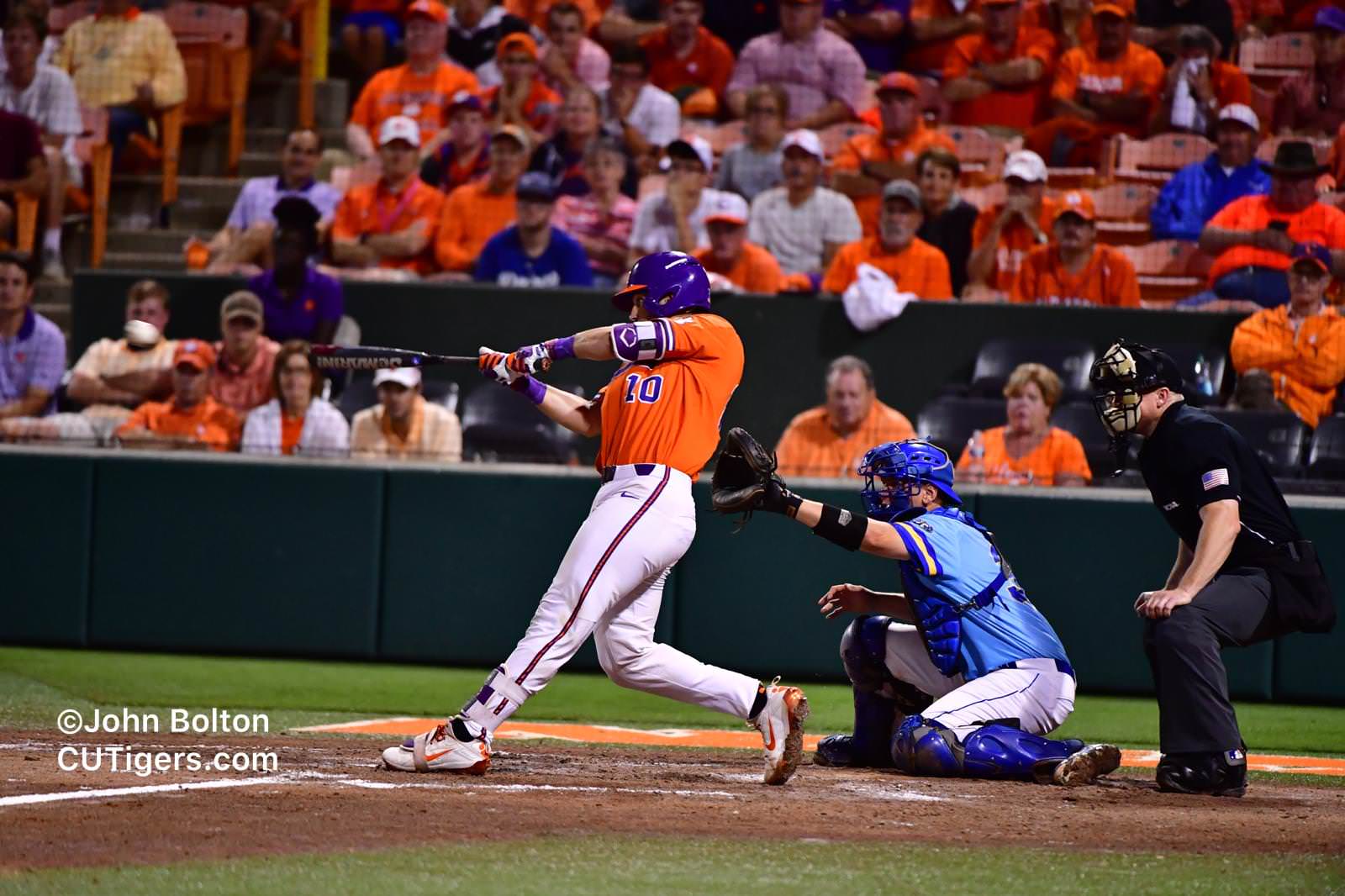 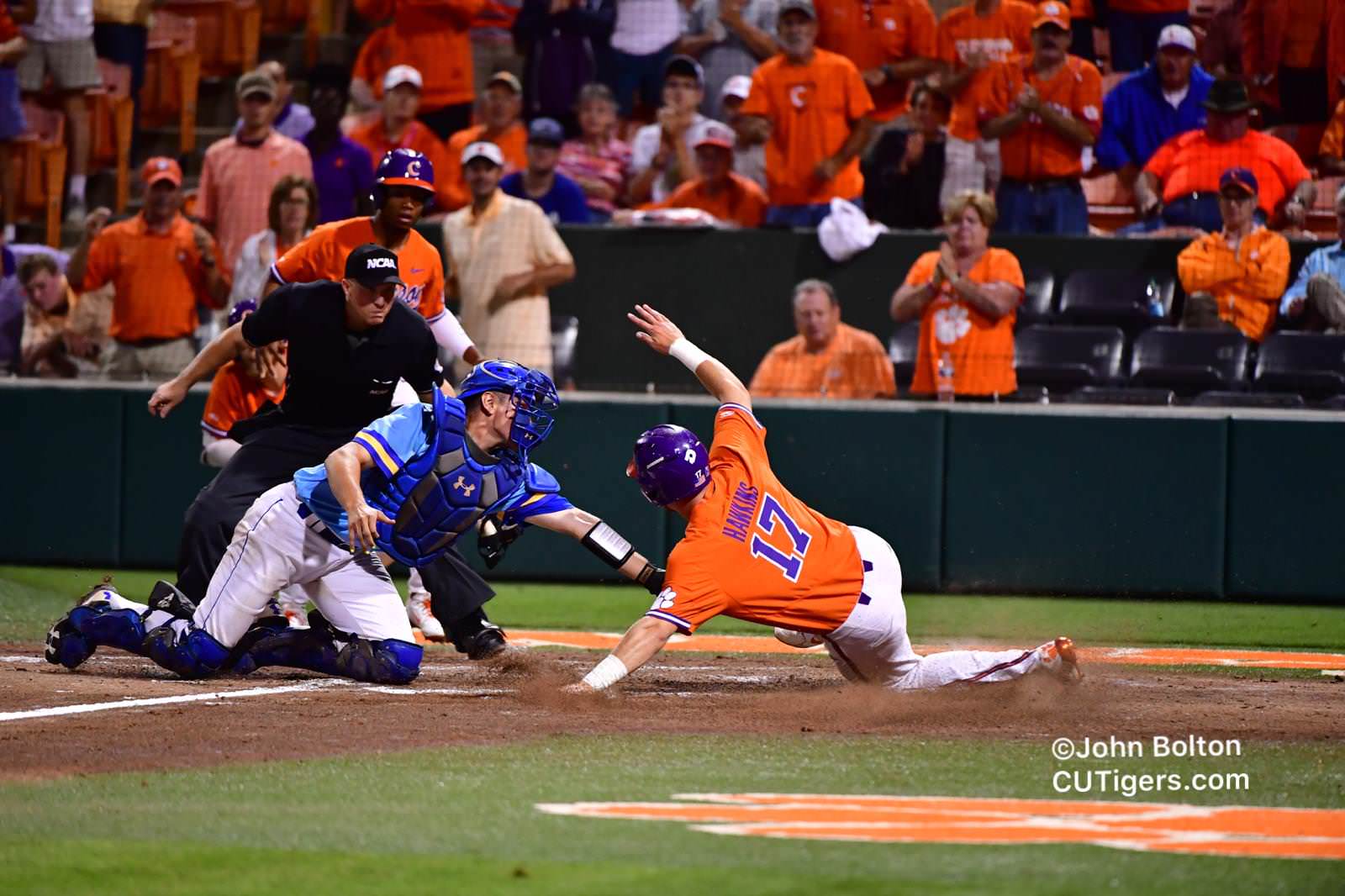 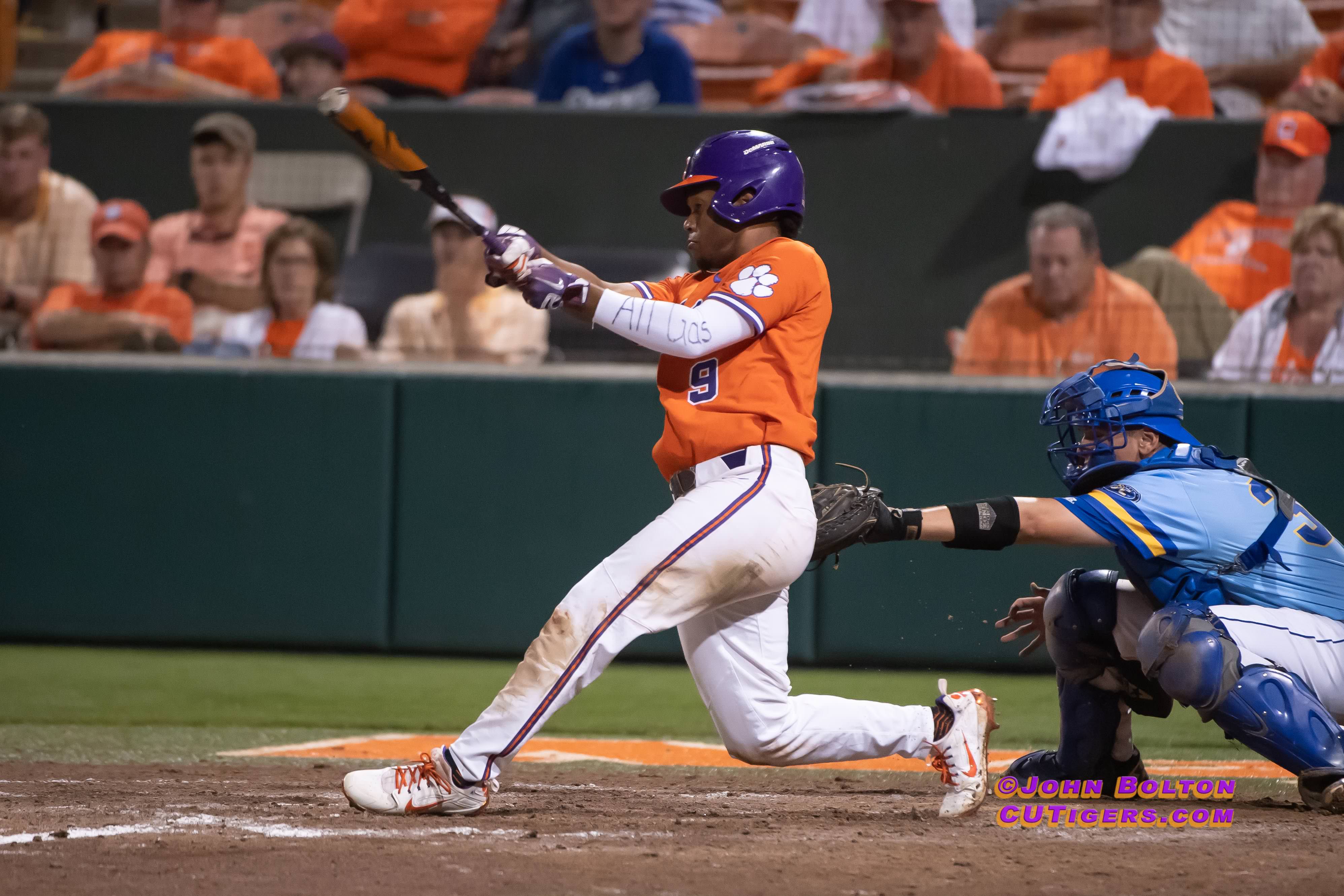 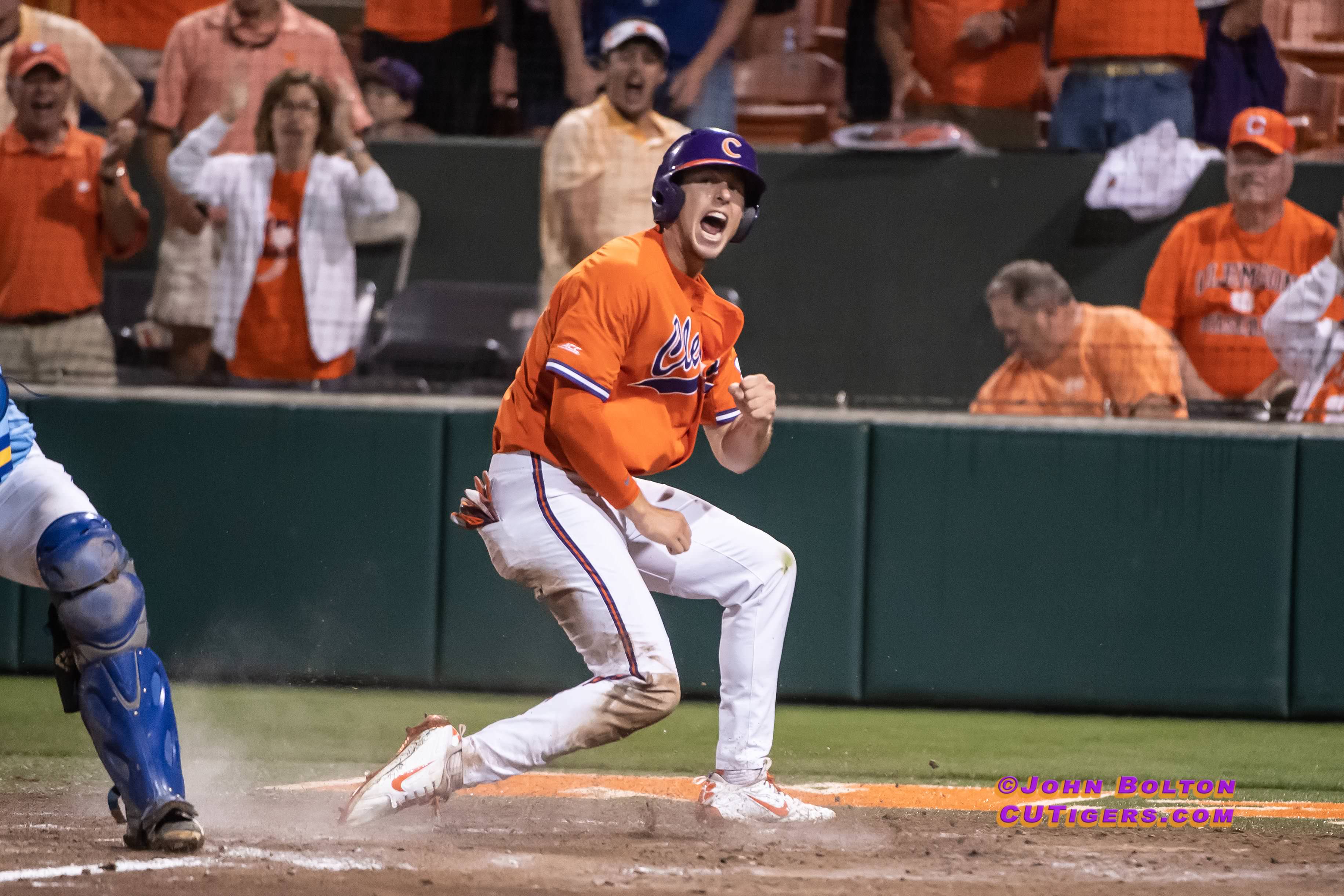