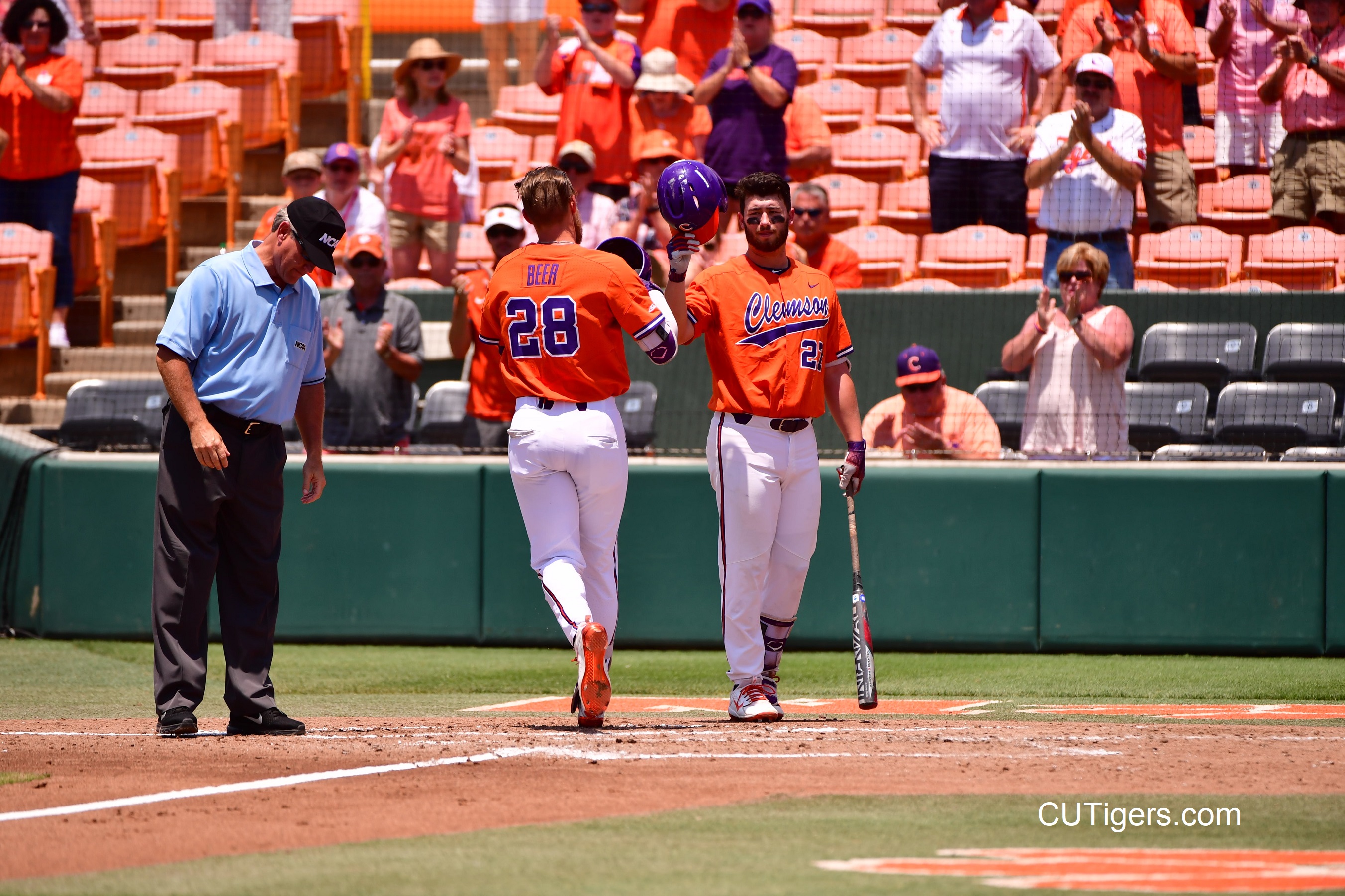 CLEMSON, S.C. - No. 2 Clemson scored its last eight runs with two outs in its 9-8 victory over No. 20 St. John's in the Clemson Regional at Doug Kingsmore Stadium on Sunday afternoon. The Tigers improved to 47-15, while the Red Storm's season ended at 40-17.
In the first inning, Josh Shaw belted a two-run homer to score the game's first runs. Two batters later, Luke Stampfl laced a solo homer to put St. John's up 3-0. In the fourth inning, Seth Beer hit a solo homer, his 22nd long ball of the season, then Clemson scored four two-out runs in the sixth inning to take the lead. Kyle Wilkie extended his hitting streak to 28 games with a two-run double to tie the score 3-3, then Drew Wharton hit a run-scoring single to give Clemson the lead, and Wharton later scored on a wild pitch. In the seventh inning, Chris Williams lined a two-out, two-run single, then Wharton scored from second base on a two-out wild pitch in the top of the eighth inning. After St. John's scored a run in the bottom of the eighth inning, Wharton hit a two-out, run-scoring single in the top of the ninth inning. In the bottom of the ninth inning, St. John's scored four runs, highlighted by Anthony Brocato's three-run homer, but fell one run short.
Tiger reliever Ryan Miller (7-1) earned the win, as he allowed three runs in 5.2 innings pitched. Red Storm starter Jeff Belge (6-4) suffered the loss, as he yielded three hits, four runs and three walks with a career-high-tying nine strikeouts in 5.2 innings pitched.
Clemson plays Vanderbilt on Sunday at 6 p.m., on ESPN3. The Tigers must win that contest to force a winner-take-all game for the regional title on Monday afternoon.