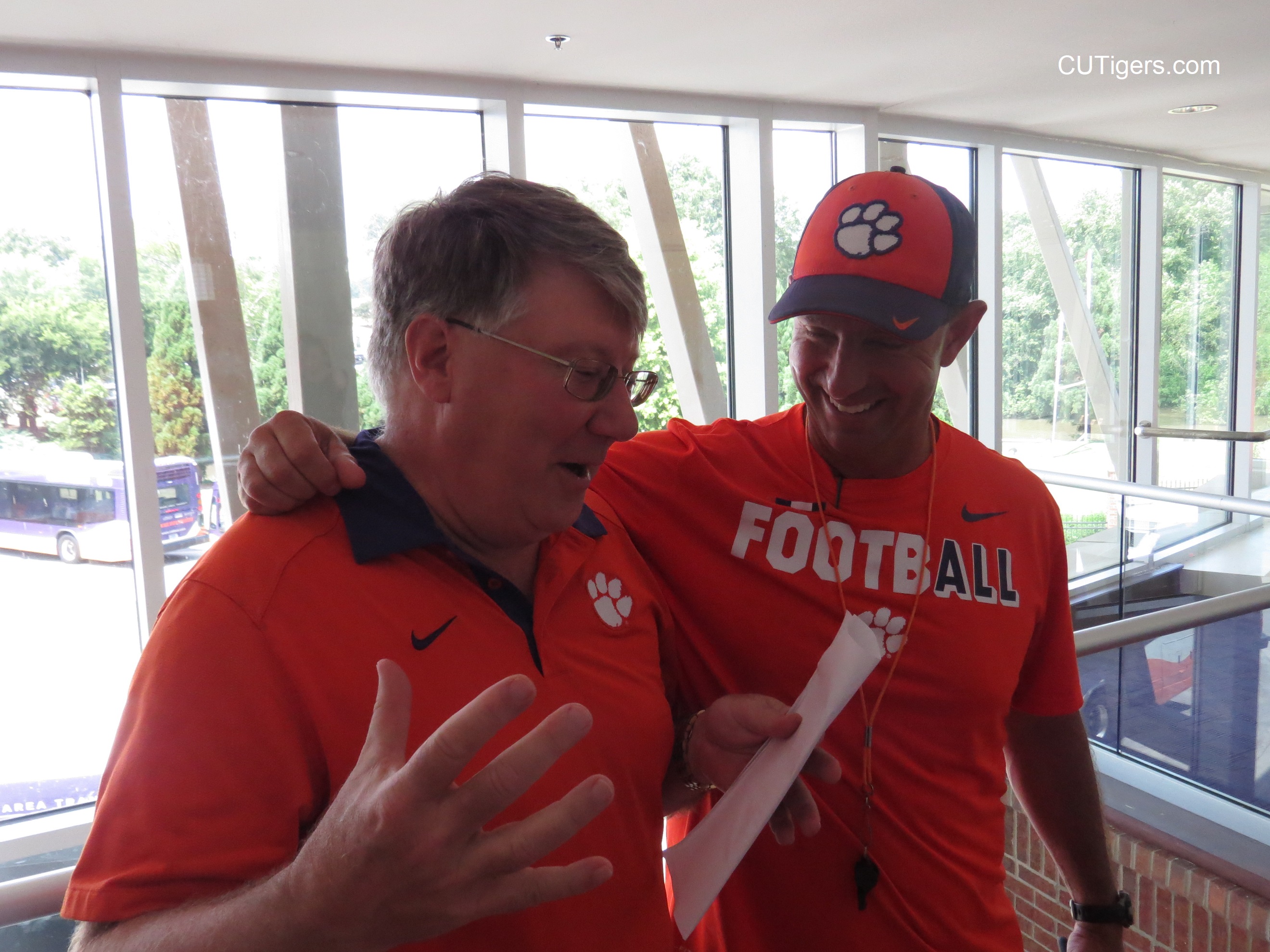 Photo by Trevor Groves CUTigers.com
CLEMSON, S.C. – Ross Taylor has been hired as Clemson’s Assistant AD for Football Communications, Director of Athletics Dan Radakovich and Head Football Coach Dabo Swinney announced today.
Taylor comes to Clemson following a seven-year career with the Washington Redskins where he served the past three seasons as Director of Communications. In Washington, Taylor worked directly with team executives, the head coach and coordinators on messaging assistance, media briefings, reporter outreach and statistical research projects.
“Ross stood out in an extremely competitive field of qualified candidates, and we’re excited to have him join our program and build on the legacy of Tim Bourret,” Swinney said. “His experience, personality and demeanor make him a great fit for our team.”
In addition to providing statistical research expertise to the team president and assistant coaches, Taylor pioneered the NFL’s first usage of augmented reality integration as the first franchise to use AR videos in a media guide. He has also helped promote 10 players to a total of 20 Pro Bowl appearances since 2011.
A 2010 graduate of the University of Missouri School of Journalism, Taylor began his writing career prior to his freshman year in college, writing for The Dallas Morning News. He worked with Fleishman-Hillard in 2011 before joining the Redskins later the same year.
QUOTE FROM TIM BOURRET
“It didn’t take me long in the interview process to say to myself, ‘Ross is me 30 years ago.’ “I told Coach Swinney that the next day. We are very similar in our theories about football communications when it comes to serving the media, the student-athlete, the football staff and the public.
"He has an outstanding resume that includes a degree from one of the top communications schools in the nation in the University of Missouri and his experience with the Washington Redskins has prepared him well for every aspect of this position. I look forward to helping Ross any way I can."
QUOTE FROM ROSS TAYLOR
"I am truly honored to join the Clemson family. I am privileged to have the trust and support of Director of Athletics Dan Radakovich and Head Coach Dabo Swinney, and I am inspired and energized by their vision and the first-class manner in which they represent this great university.
"I would also be remiss if I did not thank Tim Bourret for his remarkable service to Clemson, and I am grateful that he will continue to be a valued resource for our program as he enters retirement. I enter this position knowing that I stand upon the shoulders of giants, and I look forward to continuing the standard of excellence that Tim and Bob Bradley have set over the last 65 years."