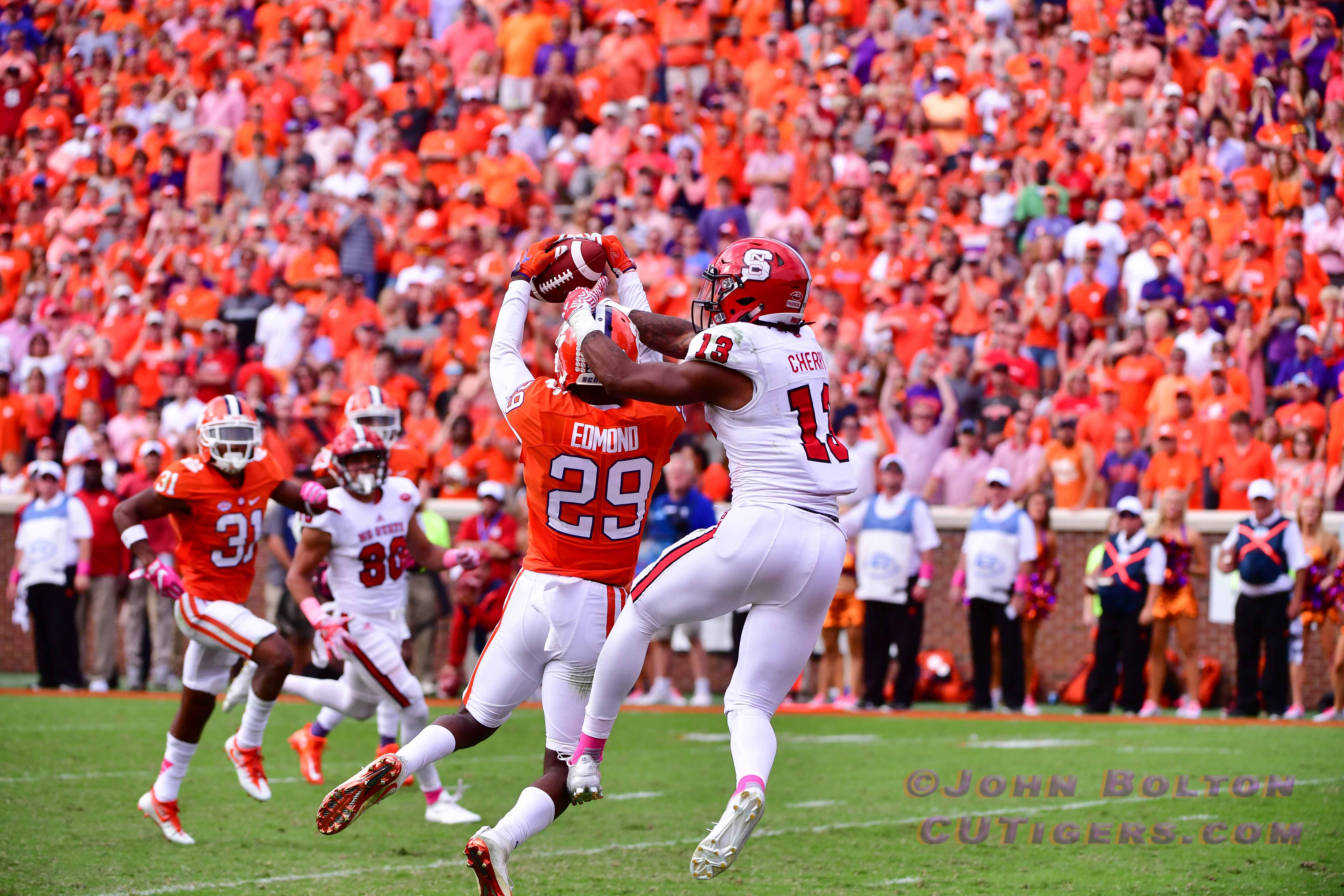 
MOST DANGEROUS GAMES ON THE 2018 CLEMSON FOOTBALL SCHEDULE: #5

It was a historic year for the Tigers in basketball and baseball, ranking in the top 15 for both. In fact, Clemson was the only school in the nation to rank in the top 15 for football, basketball and baseball this past academic year. Now that baseball has ended, it’s time to set our sights on what should be another auspicious football season. The Tigers are ranked #1 in USA Today's preseason rankings and in ESPN's FPI. Clemson has never been ranked #1 in the AP preseason rankings—the Tigers were #2 prior to the 2016 season when they won their second National Championship. 5Dimes currently places the odds at +600 for Clemson to win the national championship again, making the Tigers the second-favorite behind Alabama for 2018. Over the next month leading up to the season opener, I’ll rank and preview the Tigers’ 5 most dangerous games on the regular season schedule. We begin with the fifth-most difficult game: NC State.

You know it’s a favorable schedule when the fifth-most dangerous game is a home game against the Wolfpack, who the Tigers have beaten 6 straight years. In fact, the Tigers have won 13 of the last 14 meetings, and they haven’t lost to the Pack in Death Valley since 2002 when Philip Rivers was their quarterback!

Head Coach Dave Doeren has State trending in the right direction, and the Wolfpack had a chance to win its first-ever Atlantic Division Title last season with a November home game against the two-time defending champs. It was close, but the Tigers were able to come up with an interception in the final seconds to hang on for the 38-31 win, leading to their third consecutive ACC Title. Ray-Ray McCloud’s only career punt return for a TD (he infamously dropped one just short of the goal line in 2016), turned out to be the difference in the game. 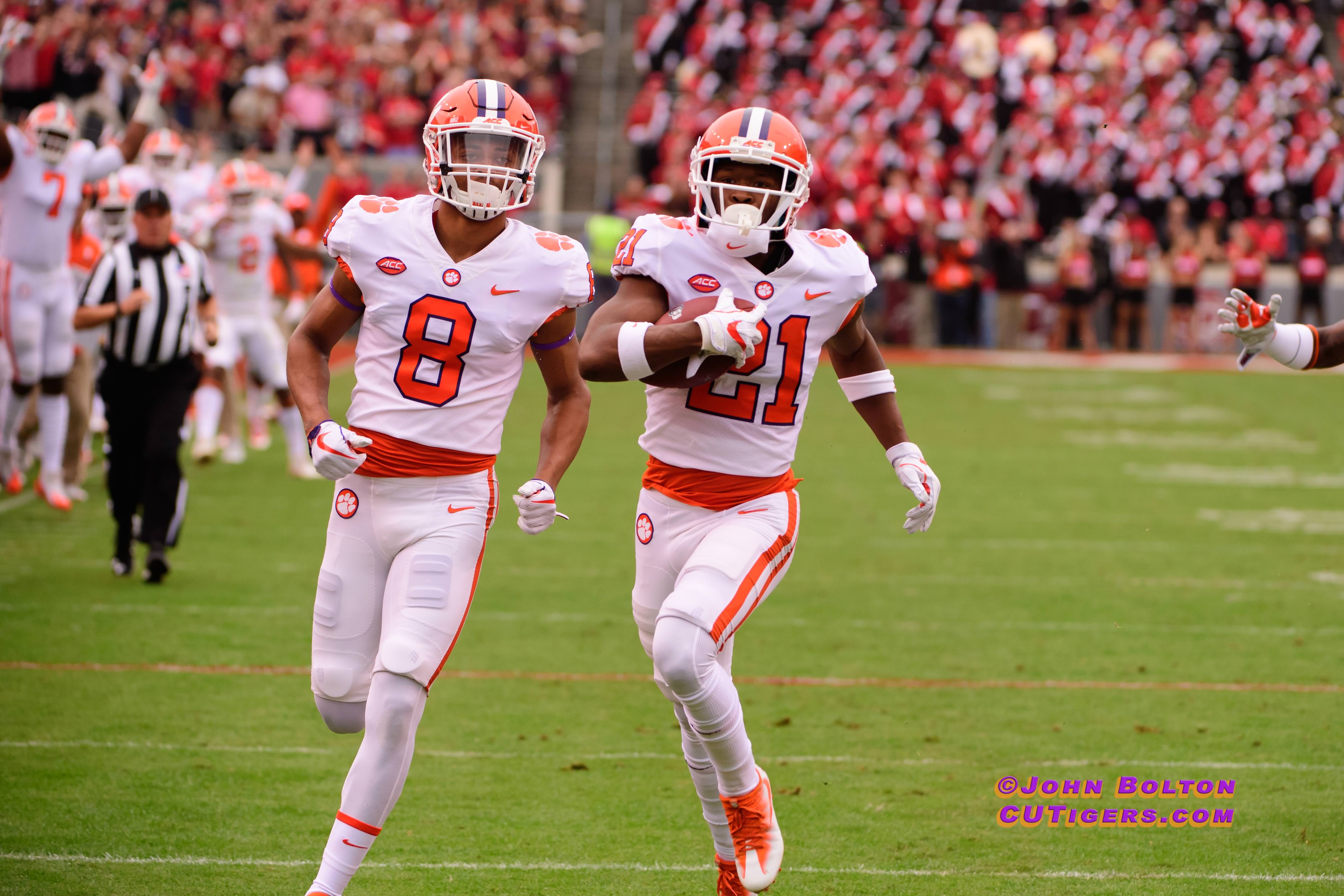 The Wolfpack return 12 starters from last season: 7 on offense and 5 on defense. Their biggest loss was DE Bradley Chubb, who was the #5 overall pick by the Broncos in the NFL Draft. They also lost a couple of big weapons on offense—RB Nyheim Hines and WR/RB Jaylen Samuels, who were both ACC First-Teamers last season—and two ACC Second-Teamers on the offensive line in Will Richardson and Tony Adams.

Those will be some tough players to replace, but fortunately for the Wolfpack, fifth-year senior Ryan Finley returns for his third year as starting quarterback. Although he came up just short against the Tigers last season, Finley was 31-50 for 338 yards and 3 touchdowns. He also very nearly led the Pack to victory in his first game at Death Valley back in 2016—you know, the overtime game in which a missed NC State field goal at the end of regulation allowed the Tigers to go on to win the National Championship. 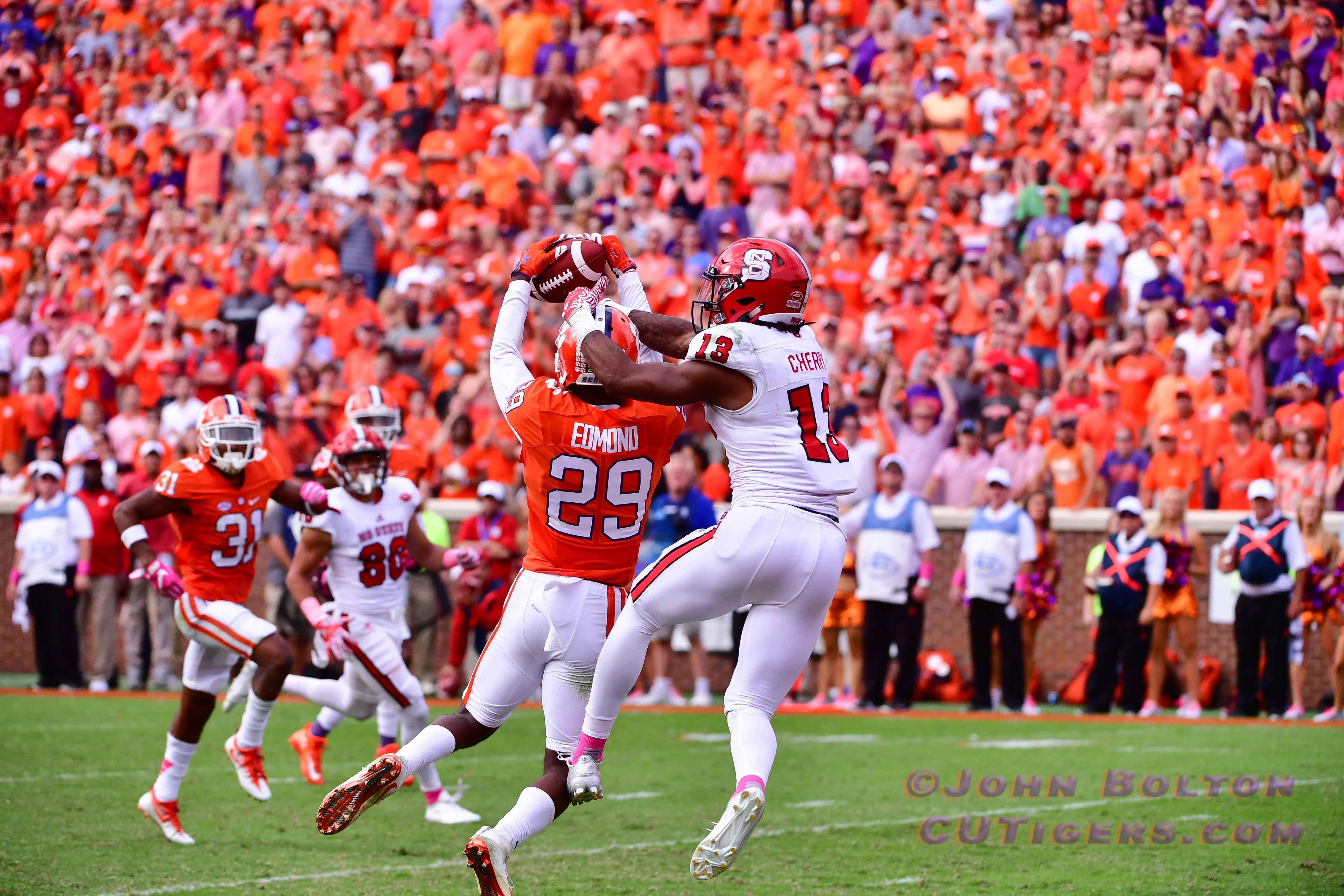 Replacing Nyheim Hines at RB will be talented freshman Ricky Person, a 4-star prospect from Wake Forest, NC. At 6’2 and 205 pounds, he is physically ready to compete in the ACC, and he was ranked as the #4 RB in the nation last year. Also joining the Pack on offense will be TE Cary Angeline, who transferred from Southern Cal. Angeline will present a nice target for Finley at 6’6 and 230 pounds. He was a 4-star recruit in the 2016 class before redshirting his freshman year and sitting out in 2017 per NCAA transfer rules.

Defensively, it will be next to impossible to replace what Chubb meant to the defensive line and the team last season. They also lost senior DT B.J. Hill, so the defensive front will not be nearly as strong as it was last season. Both starting safeties return on the back end, however.

Barring some surprises on defense and a breakout year for their freshman running back, you can expect the Tigers to be favored comfortably in this one. I’ll have my weekly preview, analysis and score prediction prior to the game, of course, but forecasting here in late June, I expect the Tigers to win handily with the raucous Death Valley crowd and extend their win total against NC State to 14 of the last 15 meetings.

Be sure to check back next week when I reveal #4 on the list of most dangerous games for the Tigers in 2018!