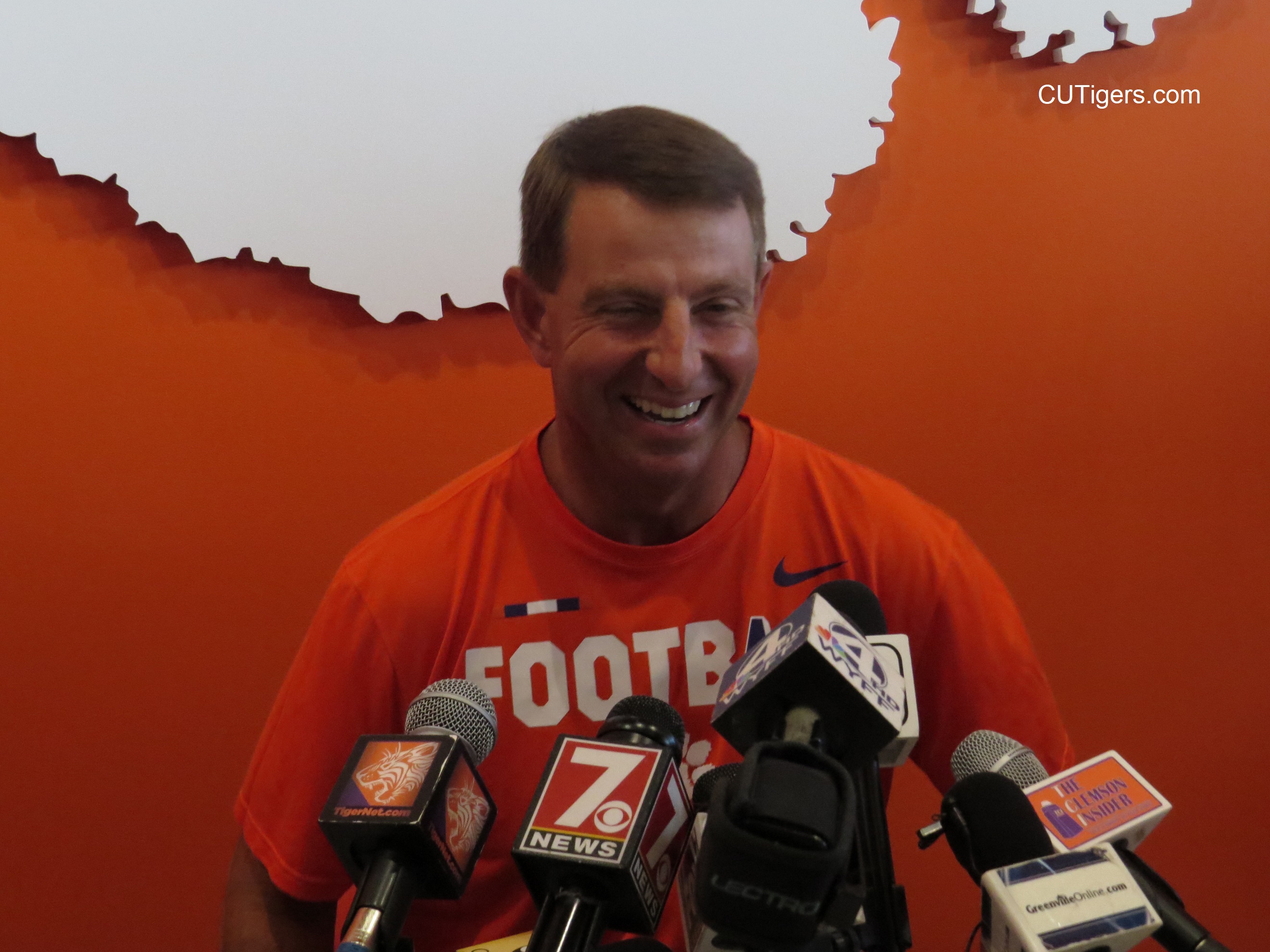 We just wrapped up interviews with Dabo and Dan Radakovich, and I'm getting ready to head over to practice for photos. We'll get more interviews after practice at about 8:30, so stay tuned! I'll have all the videos and photos posted as soon as I can.
For more current updates, please visit the Valley forum HERE.
Clemson AD Dan Radakovich discusses the new Nike contract, scheduling and more:
Buckle the chin strap:  CLEMSON FOOTBALL IS BACK!!! 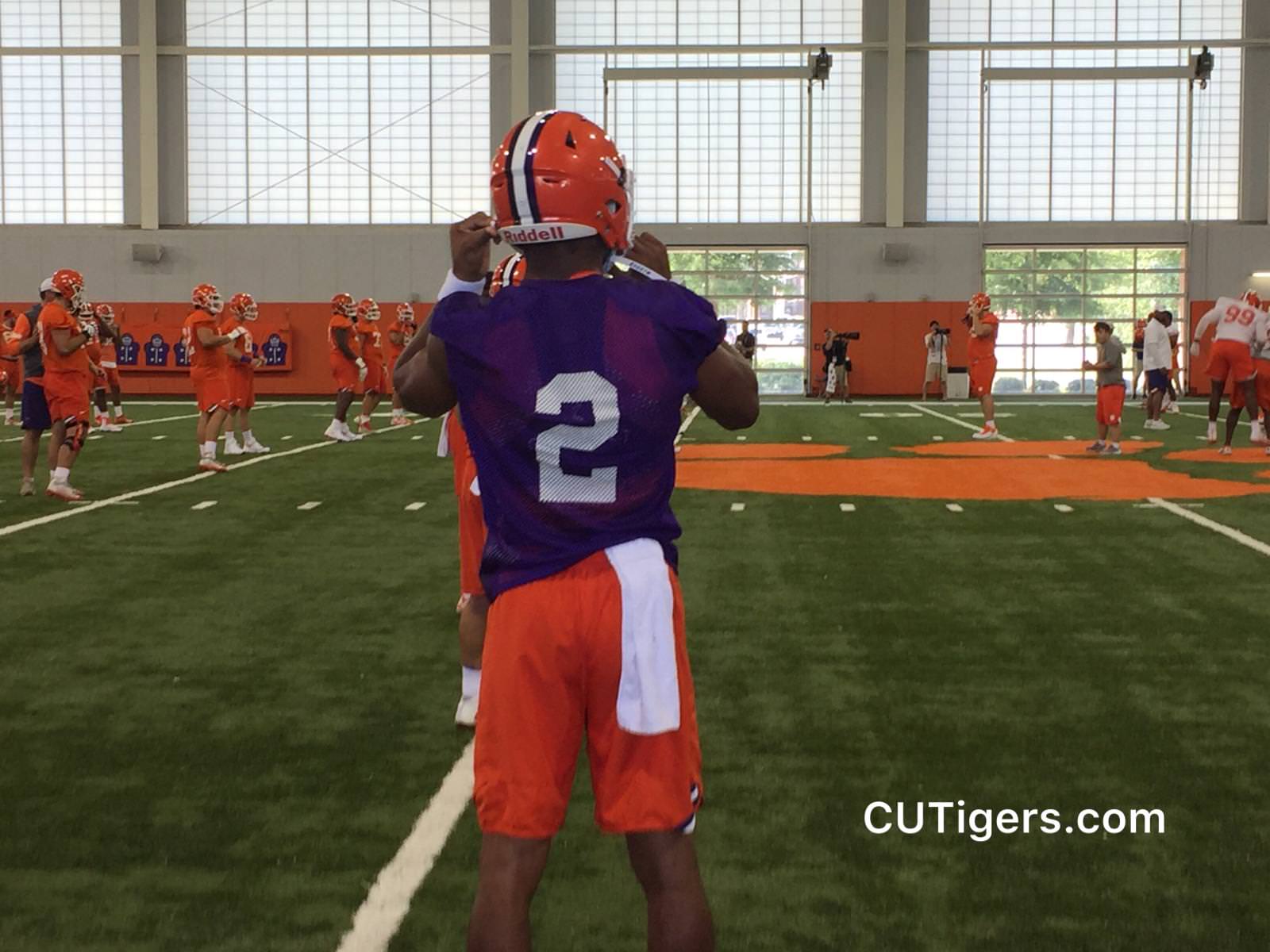 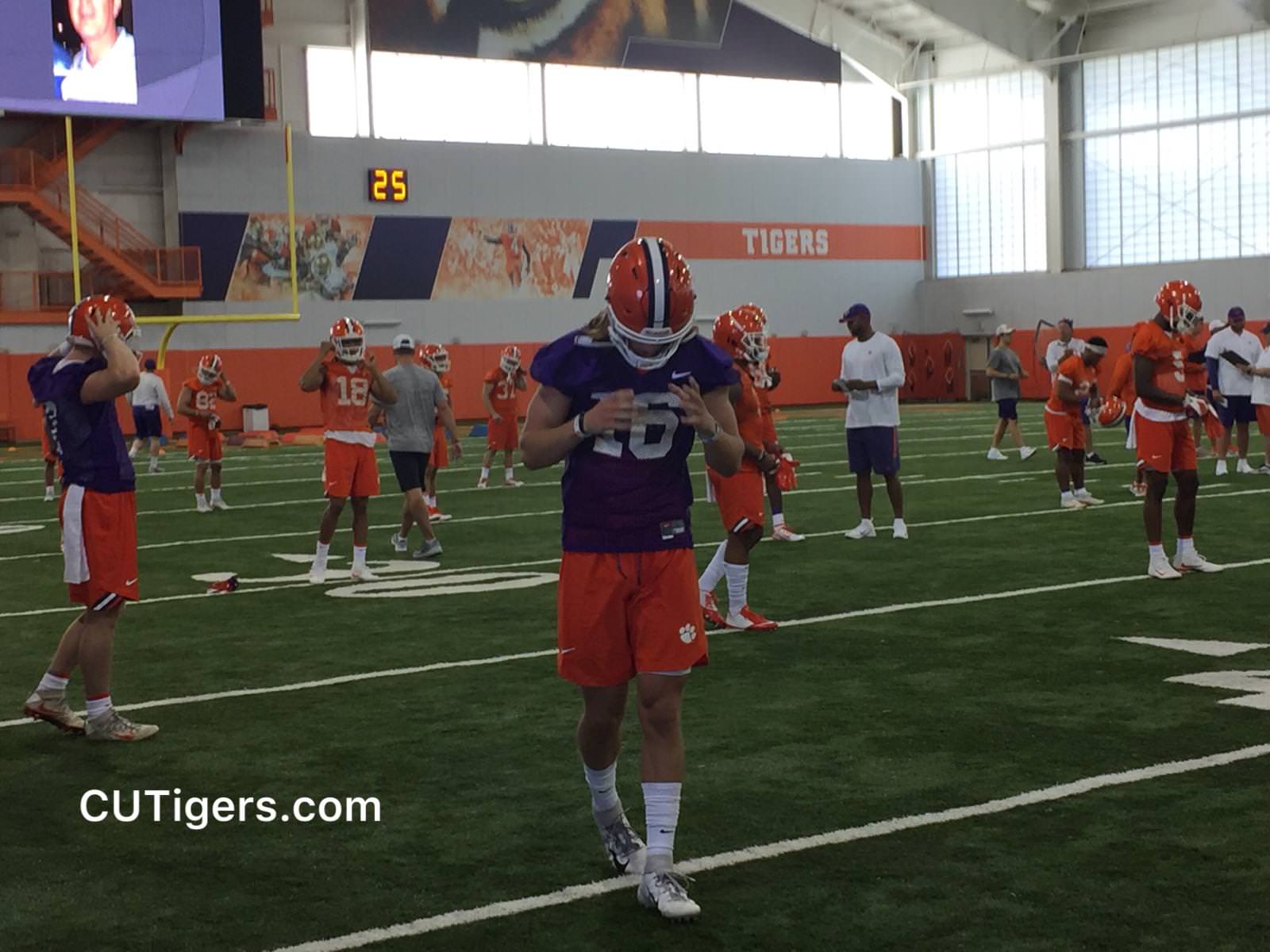 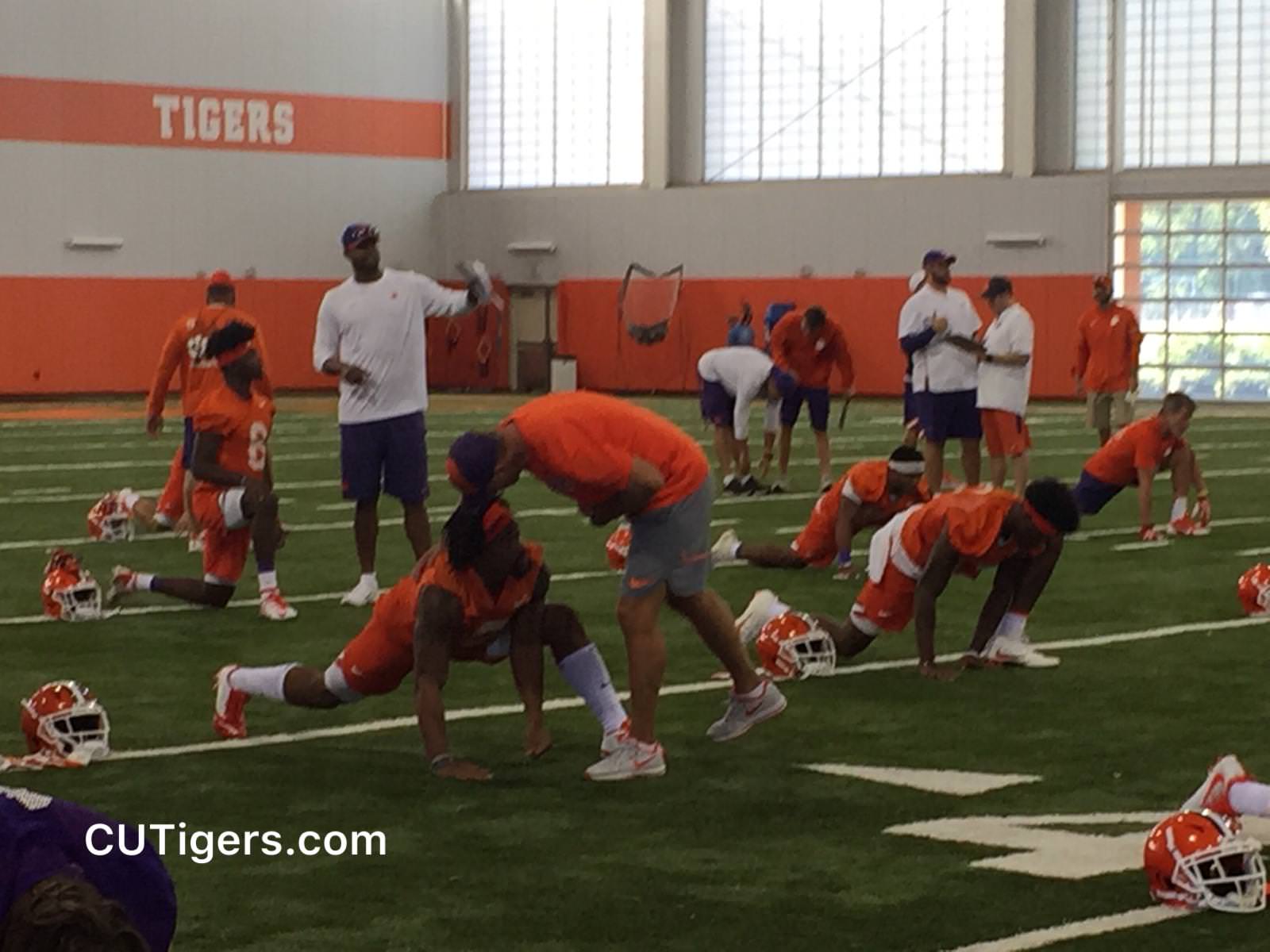 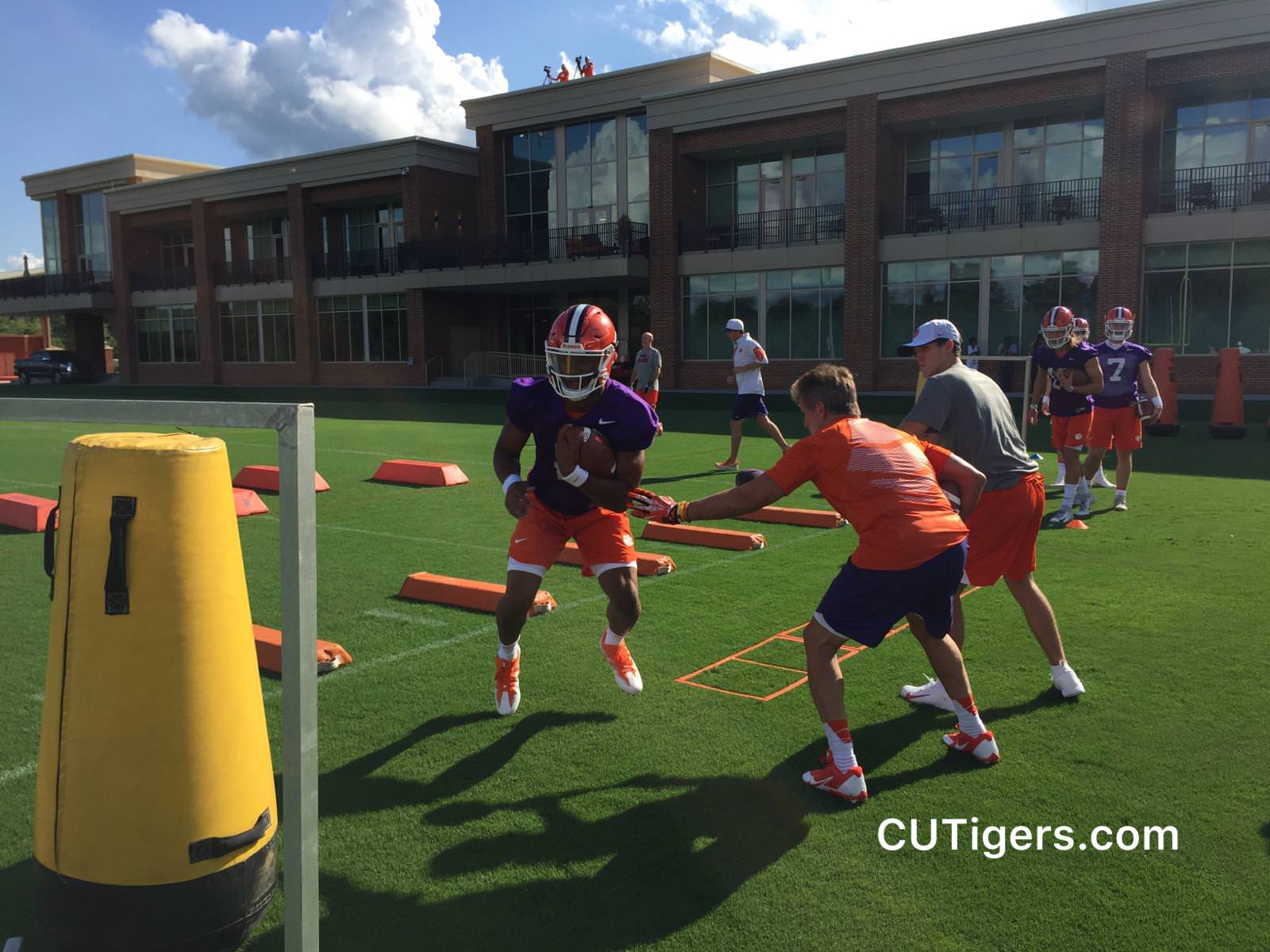 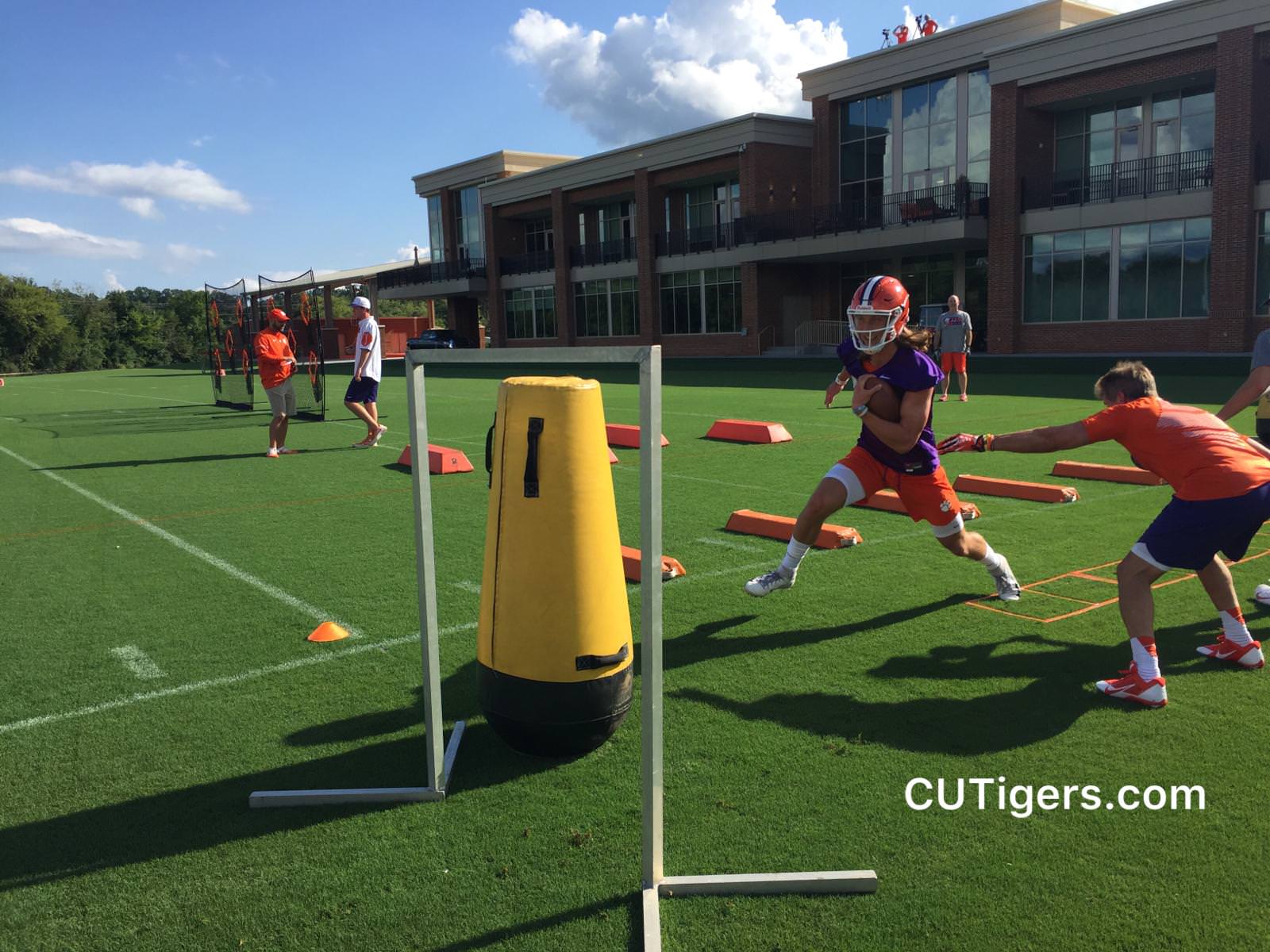 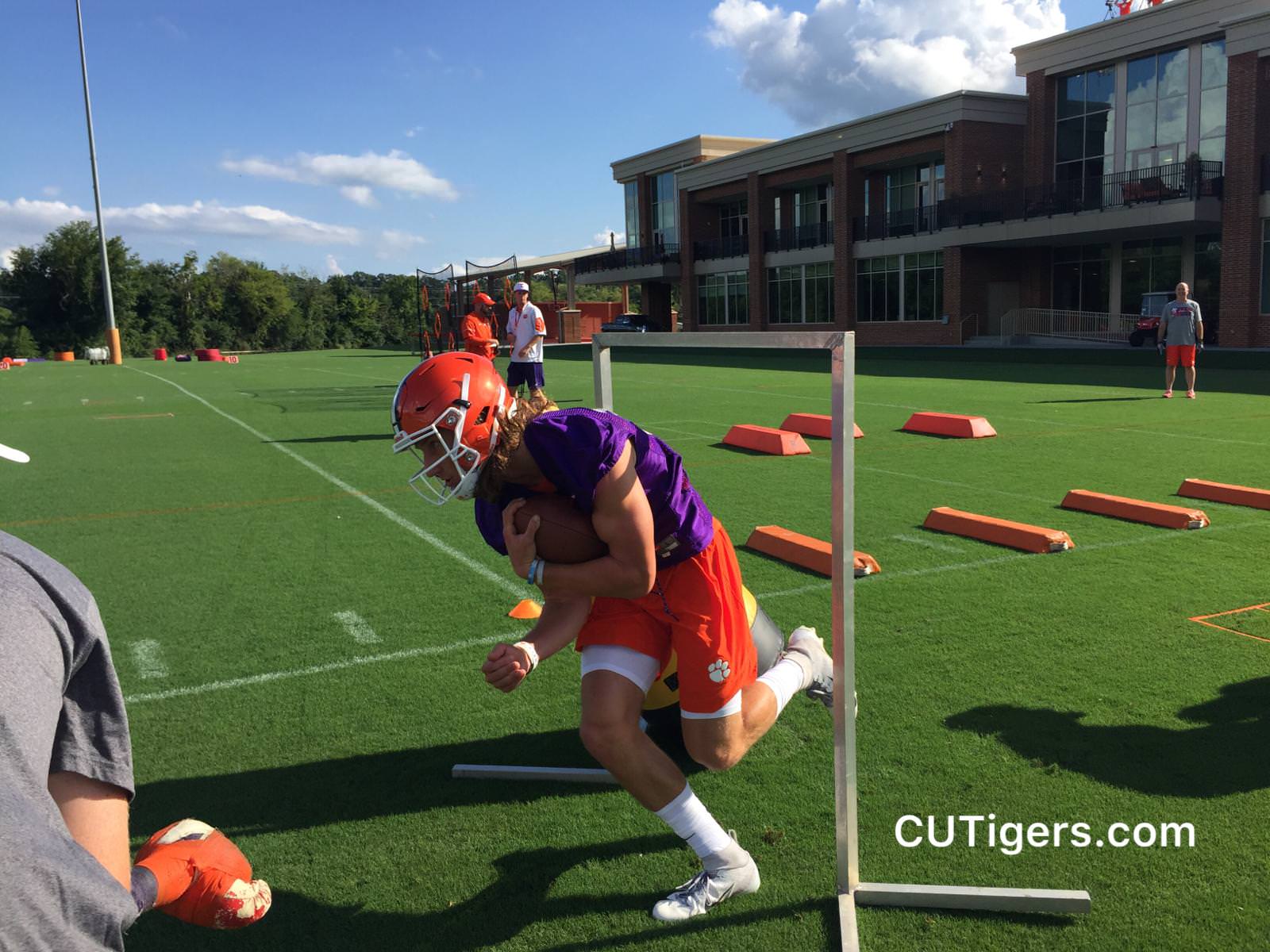 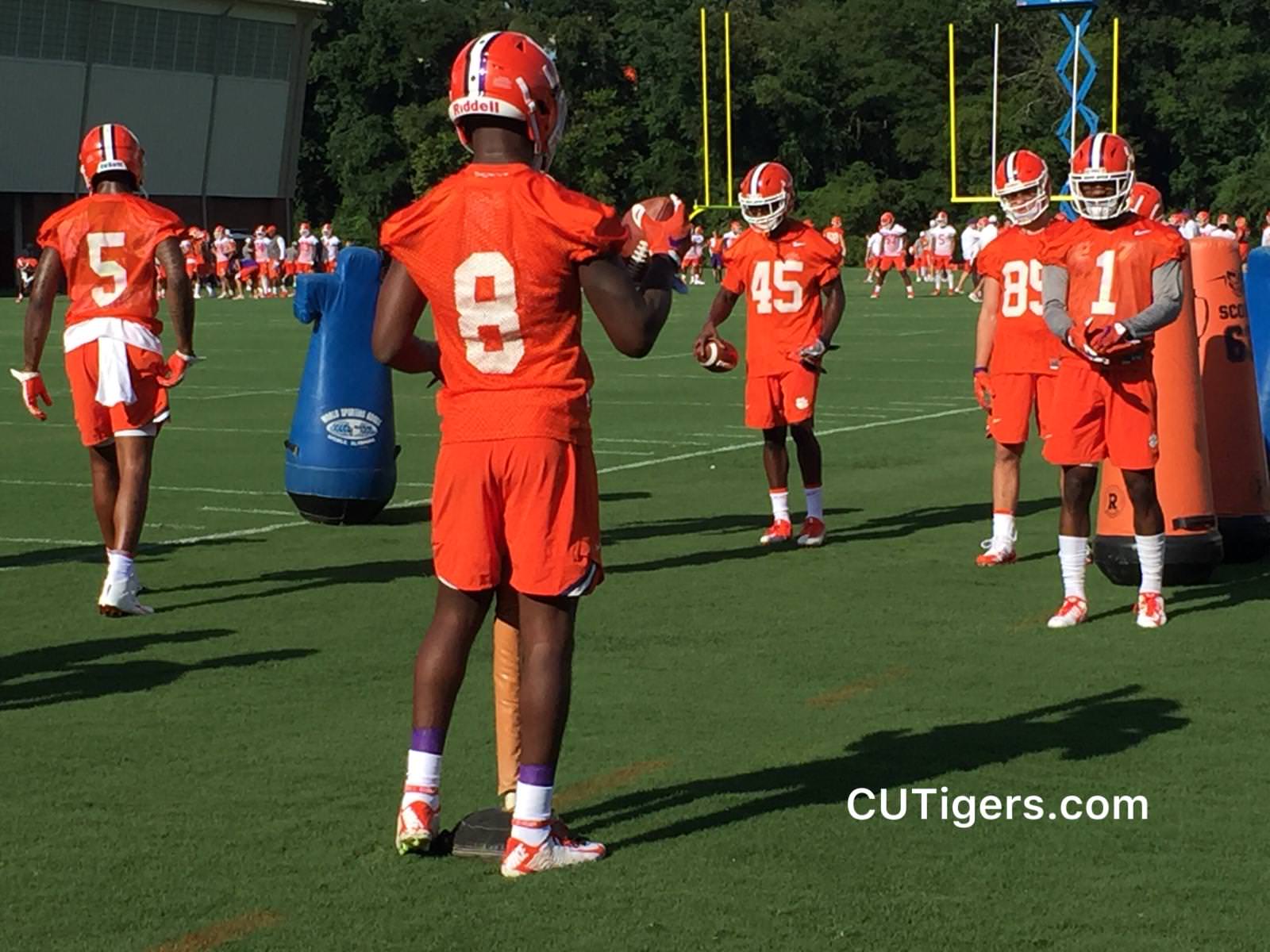 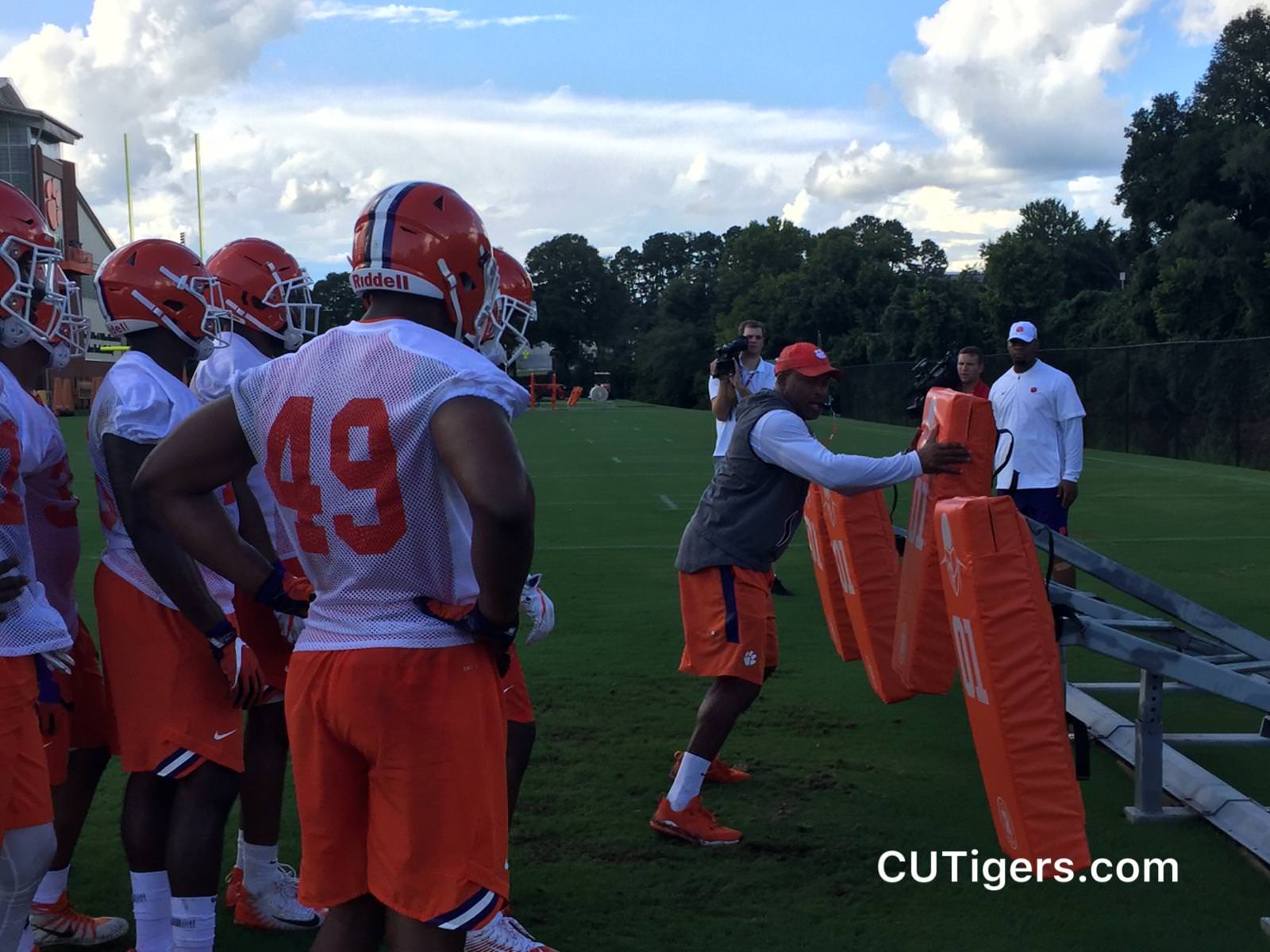 CLEMSON, S.C. — With less than one month remaining until the team's season opener against Furman on Sept. 1, Clemson took to the fields at the Allen N. Reeves Football Complex on Friday evening for the team's first practice of fall camp.
Despite a week of near-constant rain, the sun shined on the dawn of the Tigers' 2018 preseason as the team completed the majority of its first on-field session on the facility's outdoor fields before culminating the evening in the Poe Indoor Facility. For Head Coach Dabo Swinney, his excitement to have the 2018 Tigers back on the practice field was evident all day.
"Today's been kind of like waking up and it's been Christmas all day today," Swinney said. "I'm just excited to get started."
Clemson took to the practice fields sporting a new No. 2 national ranking, according to the preseason USA Today Coaches Poll announced on Thursday. The No. 2 ranking is tied for the highest preseason Coaches Poll ranking in program history, matching the mark set by the 2016 squad that went on to secure the second national championship in school history. Clemson was one of only three schools to receive at least one first place vote this year.
"I love our team," Swinney said. "Love the spirit they've come to camp with and the focus."
Players conducted the practice in helmets and shorts as part of the five-day acclimatization period mandated by the NCAA. However, despite the absence of full pads, equipment was very much at the forefront of the day's festivities, as earlier in the day, Clemson Athletics announced a 10-year, $58 million extension with Nike.
The new all-sport agreement between Clemson and Nike more than doubles the annual value of the previous agreement between the two, including a cash increase from $115,000 to $400,000 annually. The agreement also extended the Clemson-Nike footwear, apparel and equipment partnership, which began in 2002, through 2027-28.
"When you look at what we're doing here at Clemson, certainly within our football program and with some of our other athletic programs as well, we're seeing great success and I think Nike has recognized that," Director of Athletics Dan Radakovich said. "We're proud and happy to have Nike as a partner for the next 10 years."
Clemson opens the season at Memorial Stadium against Furman on Saturday, Sept. 1. A select number of single-game tickets for the 2018 season remain available by visiting ClemsonTigers.com or calling 1-800 CLEMSON.