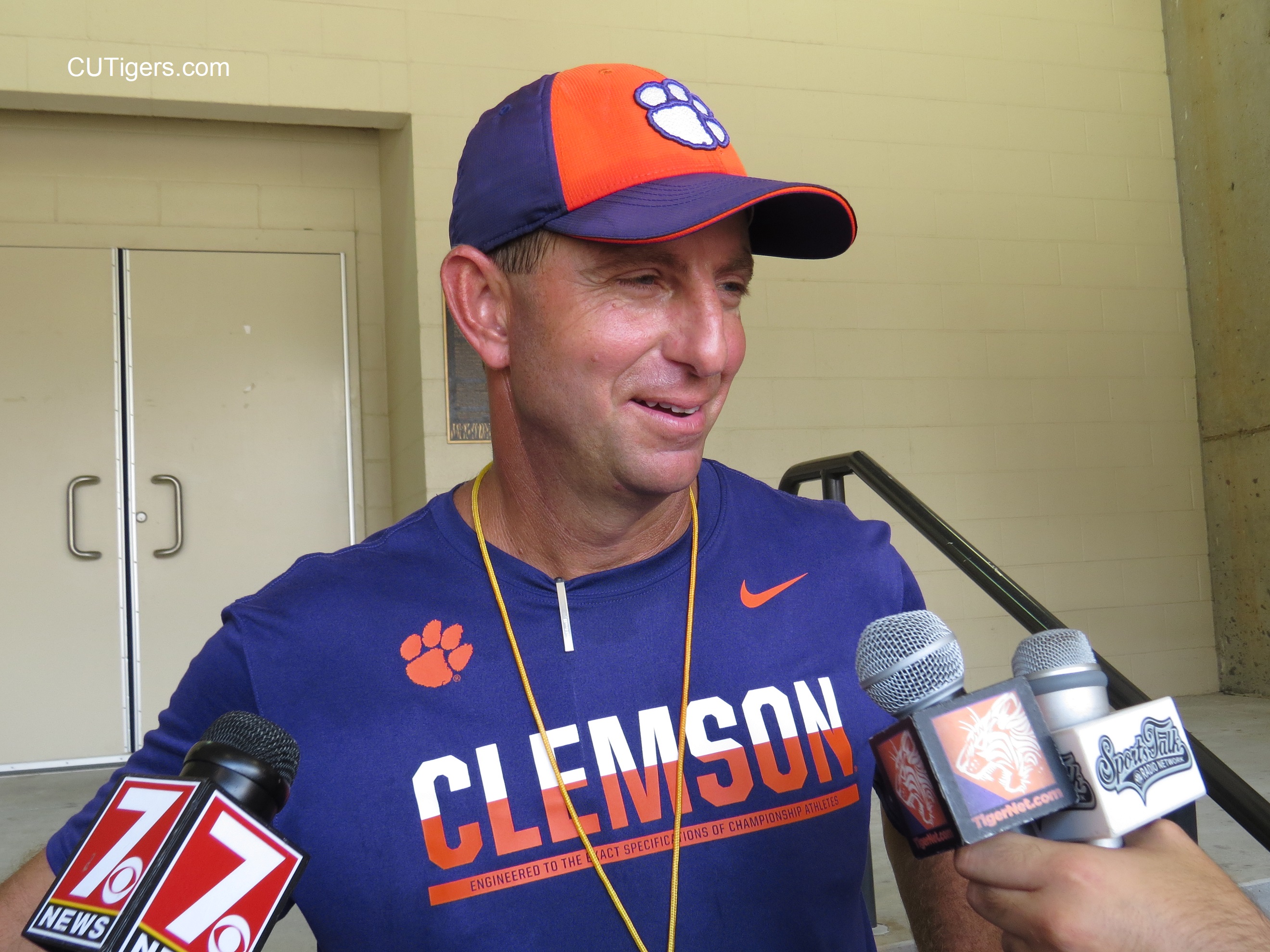 Photo by Trevor Groves CUTigers.com
Dabo said the offense dominated, which is a good thing because we know how good the defense is. The offense went right down the field and scored a TD on the opening drive, and they didn't turn the ball over once--a real rarity for the first scrimmage of camp. There also weren't many turnovers. Dabo said Justyn Ross made a spectacular one-handed, leaping catch. Diondre Overton scored a TD. Dabo continues to praise Lyn-J Dixon. I would say he's probably been the surprise of camp so far in that he is much more ready to contribute right away than the staff expected--both physically and mentally. It sounds like he's been just as impressive as Etienne was this time last year, and he's much further along from a pass protection standpoint.
One of the punters botched a punt and took a safety. They held Huegel on kickoffs, but he hit a 50-yard FG. I saw Mario Goodrich wearing yellow but didn't get to ask Dabo about him before they let him go. I'll find out about him in the next couple days. Trevion Thompson got hurt and left the scrimmage early, and I'll get more on him as well.