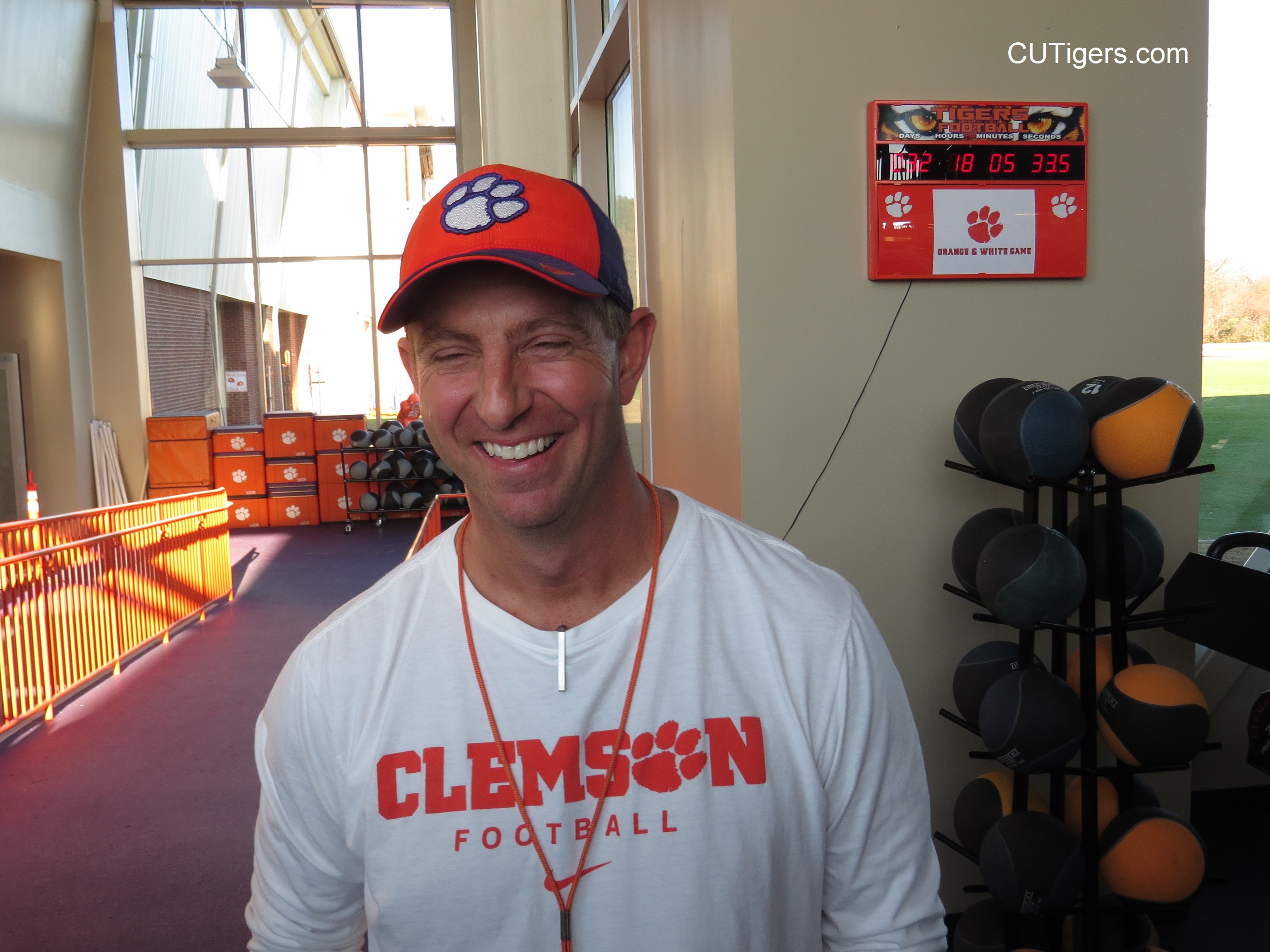 Photo by Trevor Groves CUTigers.com
We just wrapped up with Dabo, Trayvon Mullen and Tre Lamar. I'll have those interviews posted shortly. I asked Dabo if the defense responded the way he wanted to today after the offense got the better of them on Saturday, and he said he was very pleased with the D. I also asked him about the status of Goodrich, Trevion Thompson and Yeargin, who were banged up the other day. Goodrich was in green, and it sounds like Trevion is ok, but Yeargin had to go back to the doctor again today to look at his shoulder after suffering from a stinger the other day. Dabo said he will know more about Yeargin tomorrow. Finally, I asked Dabo whether he thought Adam Choice could become a short yardage specialist this season. Dabo mentioned the other day that Choice has kind of differentiated from the other backs physically. He said he thinks Choice is at another level from where he was last year and will contribute in all kinds of plays, but it sounds like he will be uniquely qualified for short yardage and pass protection. And remember, Choice had a couple nice touchdowns last season, including a long run at Louisville.
Check out the Tigers' new walk-in freezer that was parked by the practice field at Jervey Meadows! Dabo said the thing gets down to 22 degrees. Now that's how you prevent heat stroke! 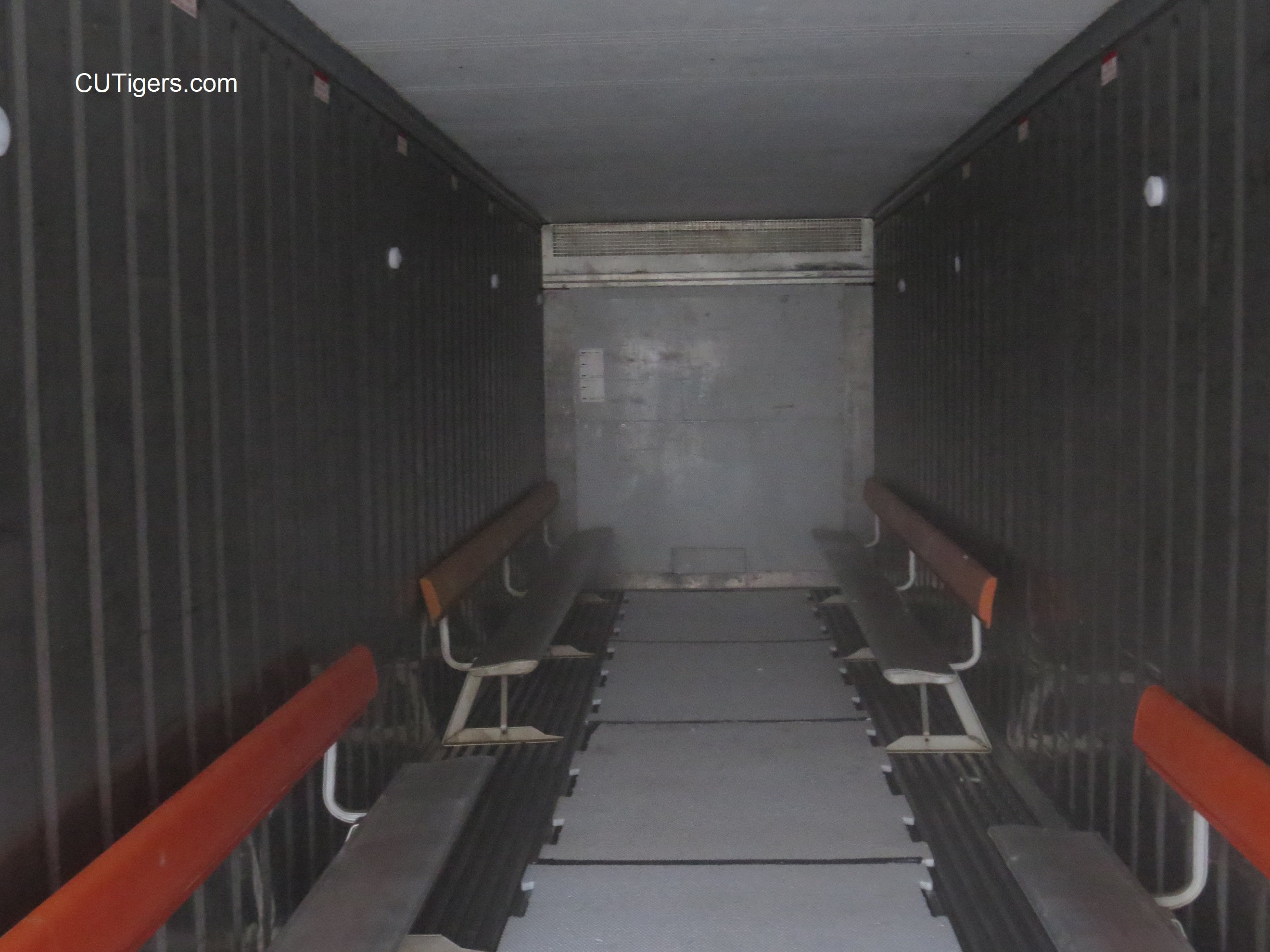