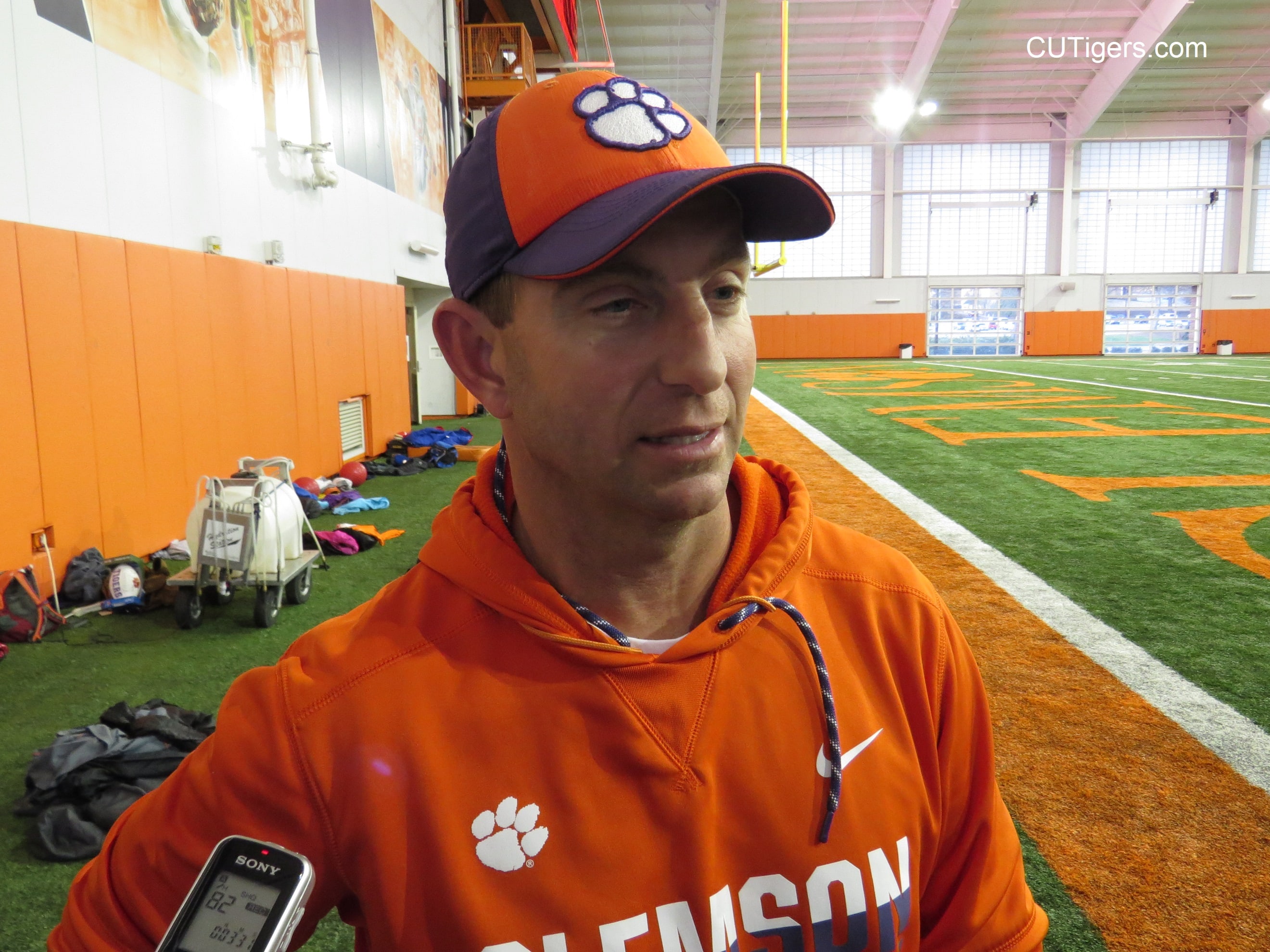 Photo by Trevor Groves CUTigers.com
We just wrapped up with Dabo and Jeff Scott. The team had the whole weekend off--a real rarity--and it sounds like the break was just what the doctor ordered. Trevion Thompson was back at practice after missing the last week or so. I asked Dabo about the new red shirt rule and how it affects their decision process this time of year. He said not a whole lot changes in their thought process, except with a player like Jordan Williams was last year, it could make a big difference that they can play them later in the season after they have developed. I also asked Dabo if Huegel is still out in front for field goals, and Dabo said he was and that he has separated from the others. No such separation, however, from the quarterbacks yet! Dabo said they would probably have a depth chart worked out next Monday.
I'll have those interviews posted shortly! Tomorrow, we'll be allowed to photograph the beginning of practice and then will have interviews after. So I'll have more photos for you tomorrow night. Stay tuned!