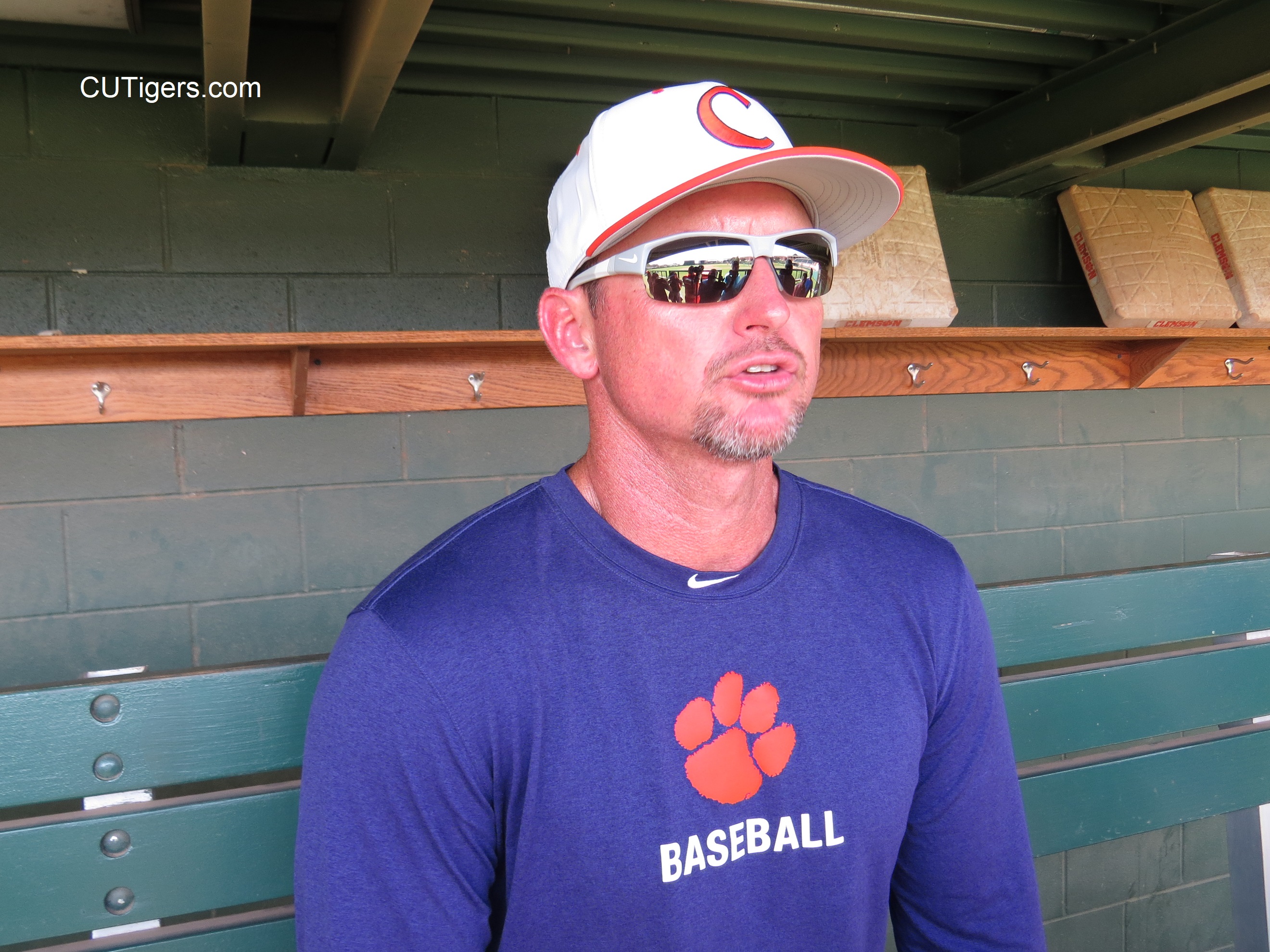 We just wrapped up our 4th annual fall media BP and interviews with Monte Lee and players at Doug Kingsmore Stadium. I've been battling gout in my foot for the last month, so I'm only about 75% and was a little worried I wouldn't hit the ball as well as I have in years past. But I made pretty good contact, and Coach LeCroy told me after that I had the best swing by far, so that made my week! Monte Lee threw for us the last 3 years, but Coach LeCroy is great at throwing BP, which is partly why Logan Davidson set a Home Run Derby record in Omaha a couple months ago! Speaking of Davidson, he was taking an exam today, so we were unfortunately unable to interview him. But we had a nice 20-minute interview with Monte and also talked to cathcer Kyle Wilkie and pitchers Jacob Hennessy and Spencer Strider.
The big question with this team for fall ball, as I see it, is who is going to step up and replace the offensive firepower going out the door with Seth Beer and Chris Williams. Wharton will also be taking his power to the professional ranks. This time last year, the big story line was the loss of all three weekend starers from the pitching staff. The Tigers are in better shape there, getting Crawford and Hennessy back, but they lose aces Ryan Miller and Ryley Gilliam from the pen. Miller especially really carried this team on his back at times, and Monte called him the best pitcher he's had the opportunity to coach!
Still, Monte said that he never likes to think about what he is losing but focus instead on what is coming back, and he seems very excited about the players returning as well as the newcomers he'll be coaching for the first time this fall. On that subject, Recruiting Coordinator Bradley LeCroy and the Tigers just hauled in a top-10 recruiting class. Despite losing Parker Meadows and Charles Mack as a high MLB Draft picks, this looks to be a special class. I asked Monte if he thought Davis Sharpe had a chance to be a two-way player for them, and he confirmed that both he and freshman Justin Wrobleski will get an opportunity to hit and pitch this fall and potentially in the spring. I also asked him about Sam Weatherly, and Monte said that he has decided to focus exclusively on pitching from now on.
With the loss of Miller and Gilliam in the pen, there could be an emphasis on the starters going deeper into games next season, and Jacob Hennessy told me that is one of his goals. He worked on adding a two-seam fastball into his repertoire over the summer in the famous Cape Cod League. All three of the players we spoke with played in that league over the summer on different clubs, and it can only make them better going against the very best competition from all over the country. Wilkie actually caught for fellow Tiger Travis Marr on his Cape Cod team, and he said Marr has shown a lot of improvement. Wilkie also said that he played against Logan Davidson, and Logan was trying to get Wilkie to tell him what pitches were coming. As if the heavy hitter from both sides of the plate needs that much of an advantage!
You can watch all 4 of our videos below. And don't forget to check back tomorrow for my Georgia Tech preview and prediction, What We Are Hearing!