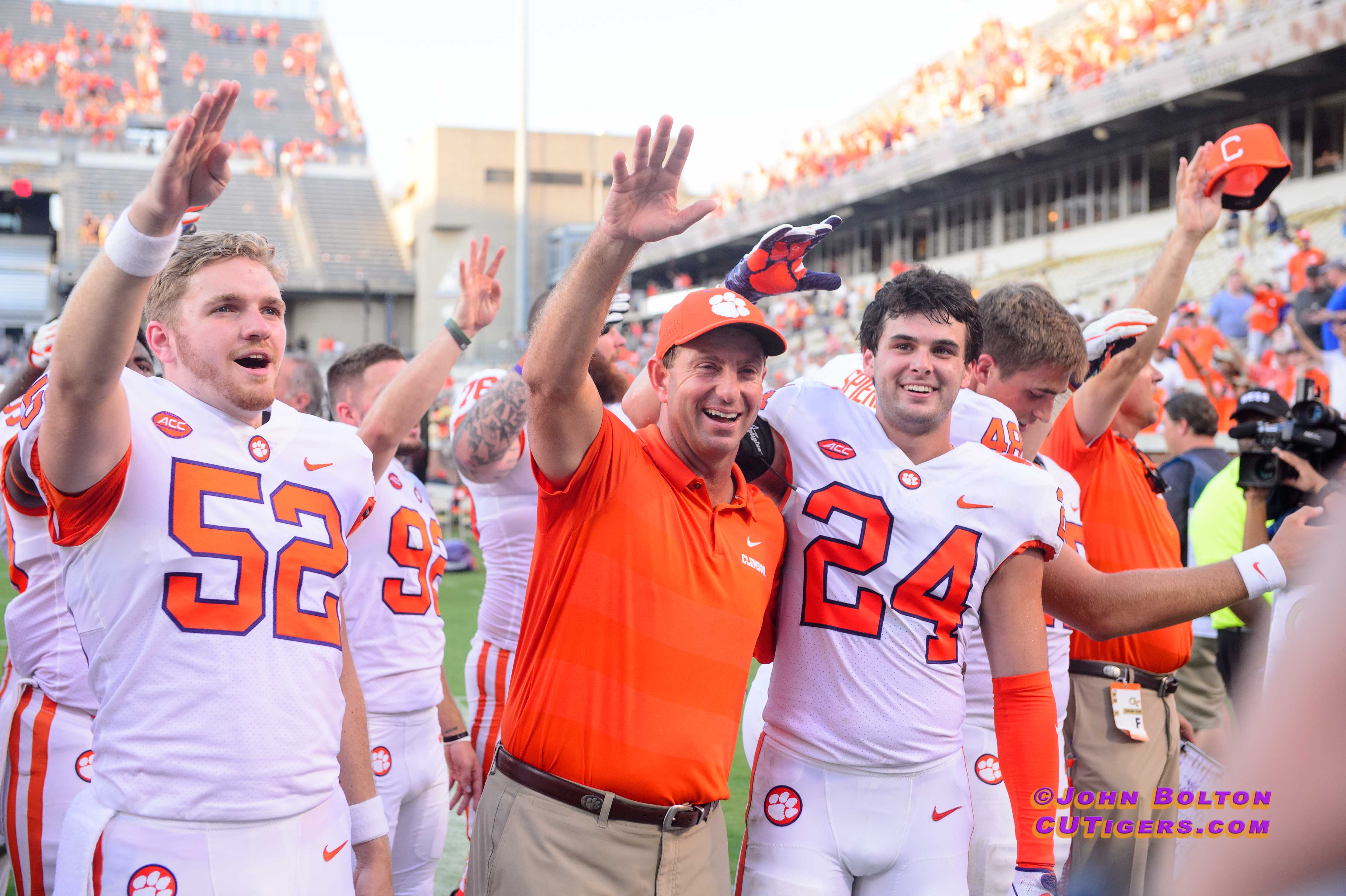 I just got off the phone with Dabo, and he once again said yesterday was their best performance of the season so far. He also said off the bat that he wasn't going to answer any questions about the quarterback rotation. I knew better than to ask, but I'm sure someone would have if he hadn't nipped it in the bud. He is hopeful that Kendall Joseph will be able to go next week against Syracuse.
I was going to ask him for clarification on Skalski, but someone beat me to it. Unfortunately, she didn't phrase the question I would have, which still leaves me wondering about the rationale for playing him yesterday, as opposed to saving his 4 games for late in the season, when they might need him more. I know Kendall Joseph was out, but for me that still doesn't warrant using one of Skalski's 4 games in what turned out to be a blowout. Oh, well. Dabo did confirm, though, that the intent is still to red shirt him if they can.
I asked Dabo if he was encouraged to see such great balance on offense that they have demonstrated in the last 2 games. They had 248 rushing yards and 232 passing yards yesterday. Last week, it was 309 rushing yards and 286 through the air. So they were within 23 yards of perfect balance in each of the last two games.
You can listen to the entire teleconference below. Don't forget that we'll have our regular Monday interviews tomorrow with Venables, Tony Elliott and several players, including Trevor Lawrence most likely. So stay tuned!