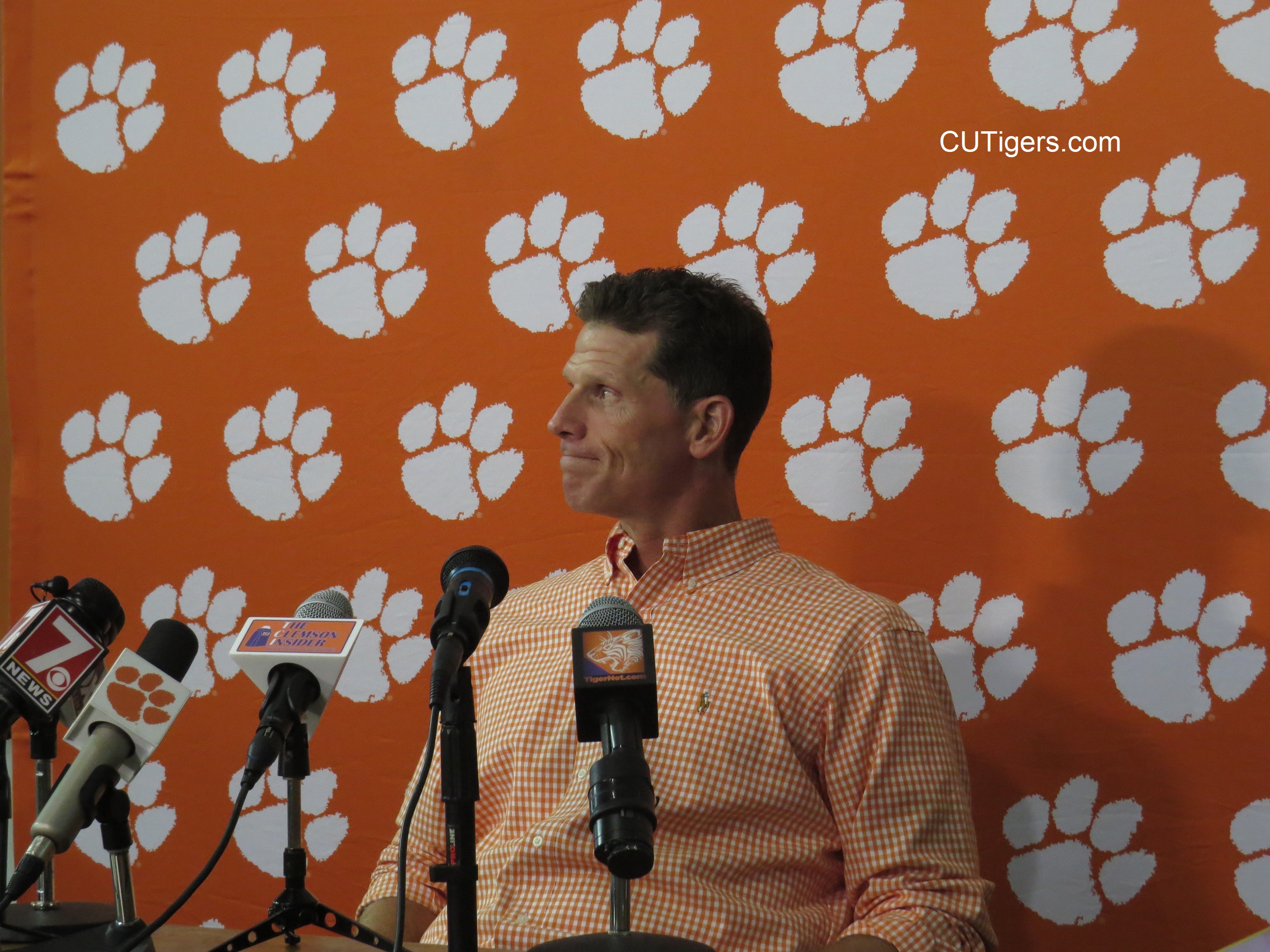 As we do every Monday, we spoke with Brent Venables and one of the Co-Offensive Coordinators about the upcoming Syracuse game. This week, it was Tony Elliott, and obviously the big news of the day was the announcement that Trevor Lawrence would get his first start on Saturday. "These guys know that you've gotta bring it every single day. They recognize the competition level," said Elliott. "Obviously, Kelly has done a lot for us, but he understood going into it that he was gonna have to compete."Just like every position, with Clelin and Travis and Dexter Lawrence...they know that every single day on this practice field or every game they've got to be productive or somebody else is gonna get a chance." Elliott said that Dabo and Streeter would make the determination if and how much Kelly will play--whether it will basically be a reversal of what we've seen in the first 4 games. Elliott emphasized that it's still a fluid, week-to-week situation, so if Trevor doesn't continue to play like he did in Atlanta, Kelly could re-take the starting job.
He was understandably in great spirits Saturday night after his defense held Tech to just 203 total yards, but he was back to his tight-lipped game week form, getting ready to face a Syracuse offense that torched his unit last year for the upset. Venables's defense was superb in Atlanta--the Yellow Jackets were leading the nation with almost 400 yards rushing per game, and the Tigers held them to just 146 on the ground. I asked Venables about the challenge of facing such diverse offenses from one week to another, and Venables thinks his guys will be ready. "I think our guys are excited about the challenge," he said, "We had a good outing last week and have had good rhythm the last few weeks."
We also spoke to Tee Higgins, Amari Rodgers, Travis Etienne, Isaiah Simmons and Justin Falcinelli. Interestingly, Higgins and Etienne had not heard the news about Trevor Lawrence yet when we spoke to them, so we were getting their unrehearsed reaction to the announcement. They didn't seem too surprised, though, and they clearly have complete confidence in both Trevor and Kelly.
You can watch all of the interviews in full below. Don't forget that we'll have our weekly Tuesday press conference with Dabo followed by more player interviews, so stay tuned!