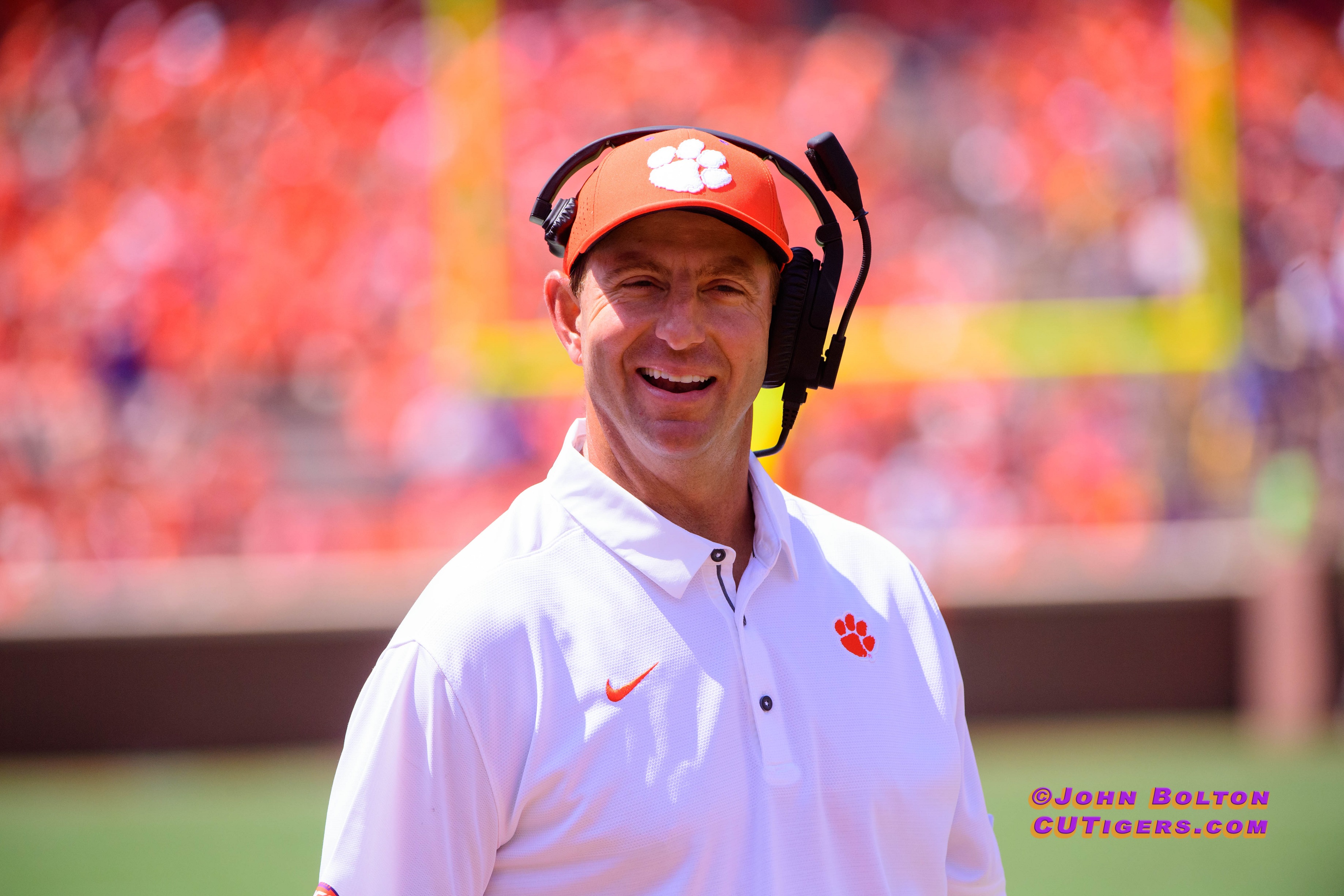 I just got off the phone with Dabo, and he said they are very encouraged with Trevor's prognosis, but it will be a day-to-day deal, as always with concussions. I am optimistic that TL will play next week at Wake.
The question was asked whether Kelly has given him any indication that he might want to return to the team, and Dabo said he would not address any more Kelly Bryant questions, saying he wasn't going to talk about players not on the team. Kelly Bryant is still enrolled at Clemson and would therefore still be eligible to rejoin the team, like D.J. Reader did a few years ago, but I would be surprised to see that happen at this point.
Dabo reiterated what he said last night about the resolve and will to win of his team, especially the defense and the run game. He said he thought Cervenka played an outstanding game except for the false start. I asked Dabo what happened exactly on that third-down timeout on Cuse's opening possession that cost them the three-and-out and ultimately a field goal. I asked him if K'Von was just out of alignment, and he confirmed that's what it was. He talked about the same thing happening last year up there, and it cost them a touchdown, so he didn't want that to happen again. It would up costing them 3 instead because K'Von recovered, and it was an incomplete pass, but hindsight is 20/20.
Dabo said Mark Fields, who missed the game yesterday for a violation of team rules, should be back at practice tomorrow, but he has to wait and see on Cornell Powell, who has an academic issue pending.
There was the same exact question I asked last night about Brice sticking it out with Clemson though buried on the depth chart, and a few others.
Audio for the full 20-minute teleconference is below. Don't forget to check back tomorrow for our Monday morning coach and player interviews. We'll get Venables, Scott and several players, so stay tuned!