C.J. Fuller left the Clemson football team early last spring and died Wednesday night. Details are still scant, but I'm hearing it was a seizure. It's still to be determined if it was drug related. One can only hope it was not suicide, given that the last months of his life were so troubled. Fuller was arrested for armed robbery last March along with former teammate Jadar Johnson and a former Duke player. Fuller had not been tried for the crime yet but could have been facing serious prison time.
Dabo Swinney issued the following statement.
"Our thoughts, prayers and deepest sympathies are with C.J.'s family," Swinney said. "I've known C.J. a long time and watched him grow up through the Easley rec leagues all the way through Easley High School. I'm proud of what he accomplished as a Clemson Tiger, most of all, his accomplishment of being a Clemson graduate. Our deepest condolences and the thoughts of our program are with his family this evening. May he rest in peace." 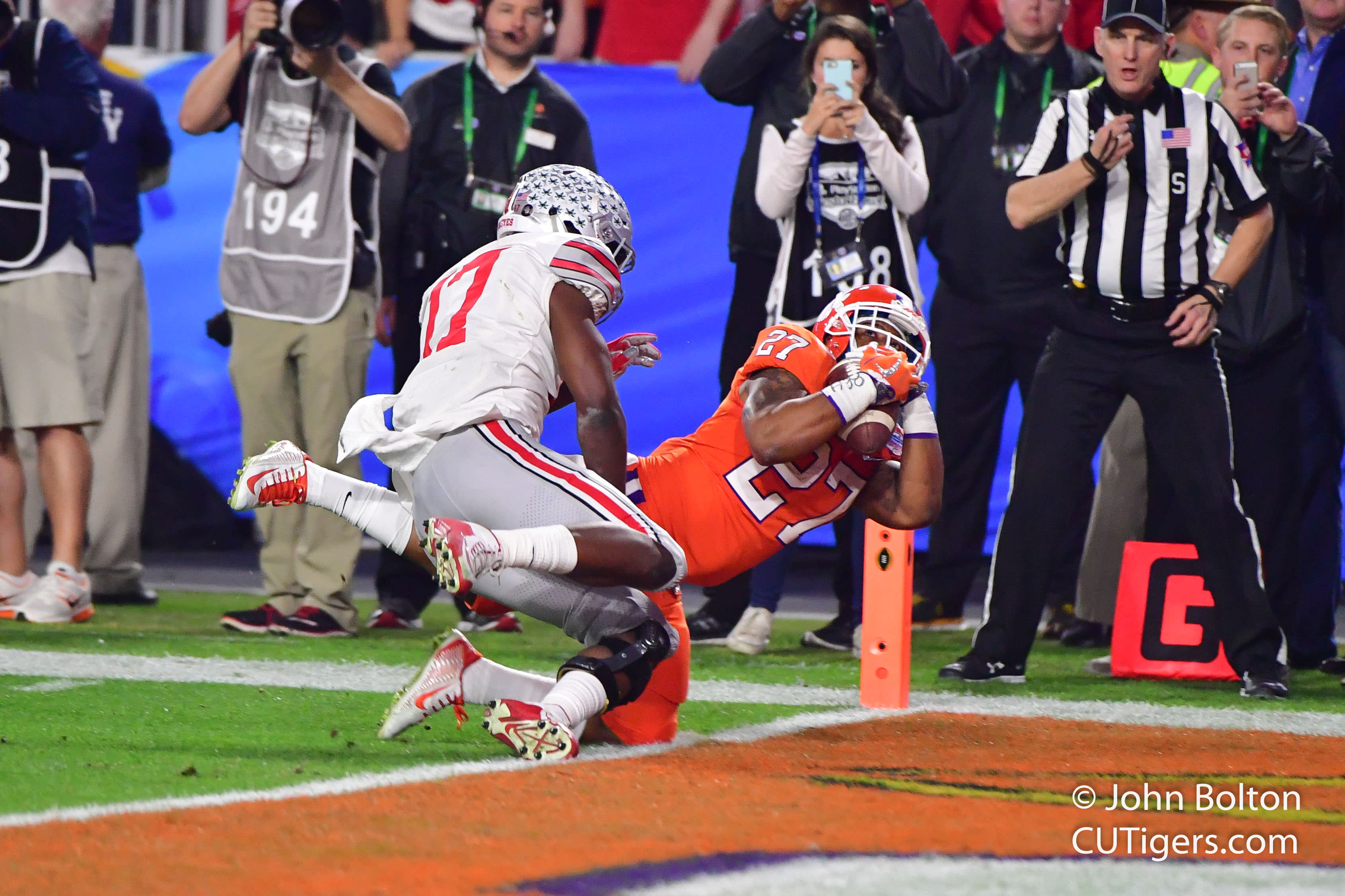 Fuller saw significant playing time last season as well as the Tigers' National Championship season in 2016, when he made a great touchdown catch (above) on a wheel route against Ohio State in the 31-0 Fiesta Bowl blowout. It's a sad ending for a young man in the prime of his youth, but however it ended, C.J. Fuller had some wondrous experiences most will never know. He was just shy of his 23rd birthday. I'll have more details as the story unfolds.