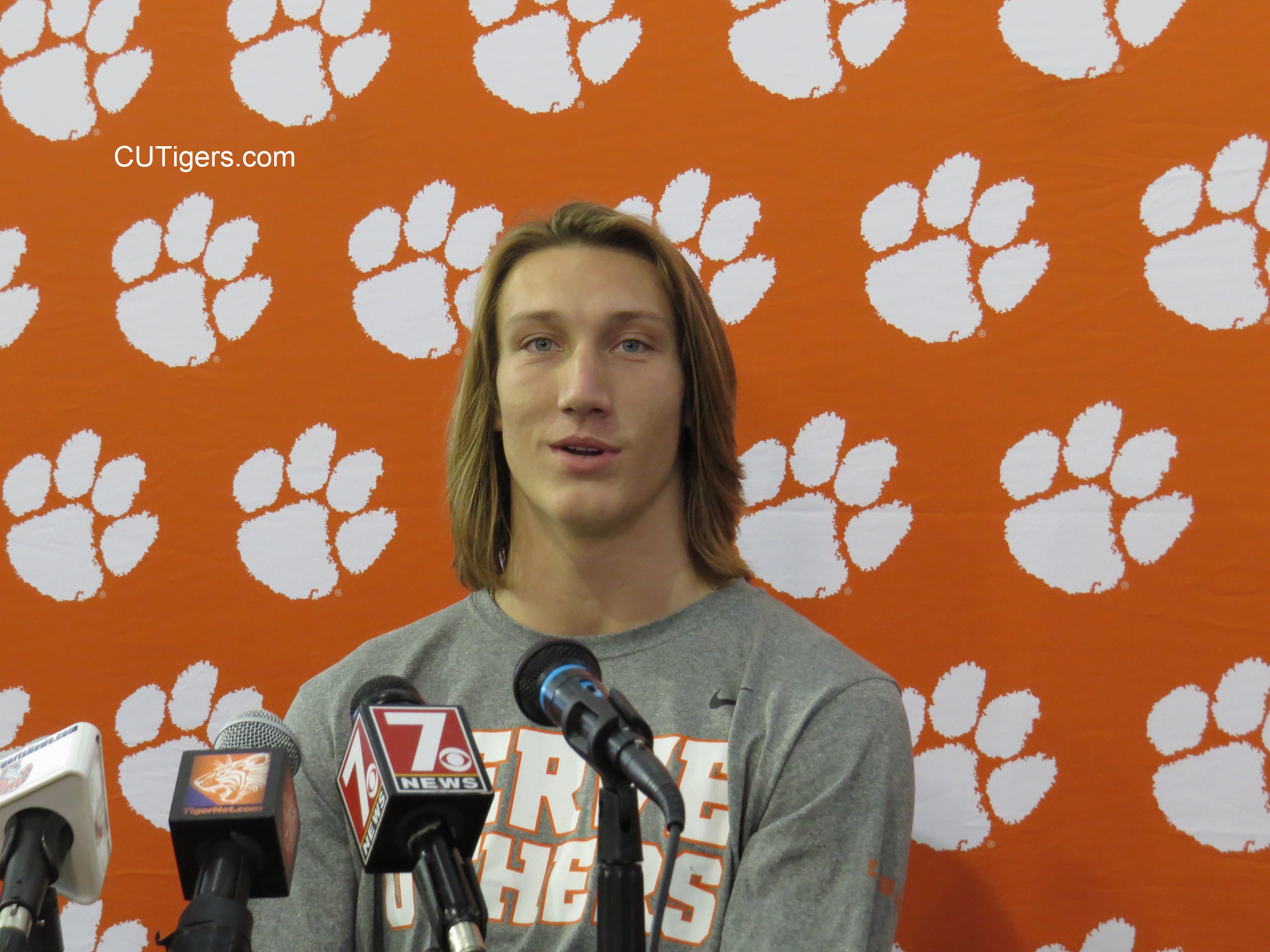 As usual, we talked to Venables and Trevor Lawrence today. We also got Tony Elliott, Travis Etienne, Clelin Ferrell, Amari Rodgers, A.J. Terrell, Kendall Joseph and John Simpson. You can watch the interviews in full below.
The team seems focused and rejuvenated. The bye week came at a perfect time after a couple of distraction-filled weeks between Kelly Bryant leaving and C.J. Fuller dying. And they couldn't have closed the first half of the season on a stronger note than they did at Wake Forest--quite the contrast to last year, when they lost to Syracuse and had an injured starting quarterback going into the bye. Trevor Lawrence said he got to go home and spend some quality time with his family. John Simpson went fishing with fellow offensive guard Cade Stewart.
The Tigers will have a tough test this weekend against one of the best quarterbacks and passing offenses in the nation. Ryan Finley might be the most underrated QB in the country and will definitely be playing on Sundays. He had a big game against the Tigers last year and is having a great season. In fact, NC State leads the nation in 3rd down offense. The Tigers have owned 3rd down for years and has regularly led the nation in three-and-outs, so it will be strength on strength in Death Valley! In talking to the players, you can tell NC State has their full attention and respect after the 3 straight hard-fought games with the Pack. This will be the last meeting between undefeated teams during the regular season and potentially the entire season and is easily the biggest game in the nation on this week's slate! ESPN College Gameday is going to Washington State for the first time ever, but if they wanted to showcase the biggest game of the week, they would be here in Clemson.
I'll have more in a bit!