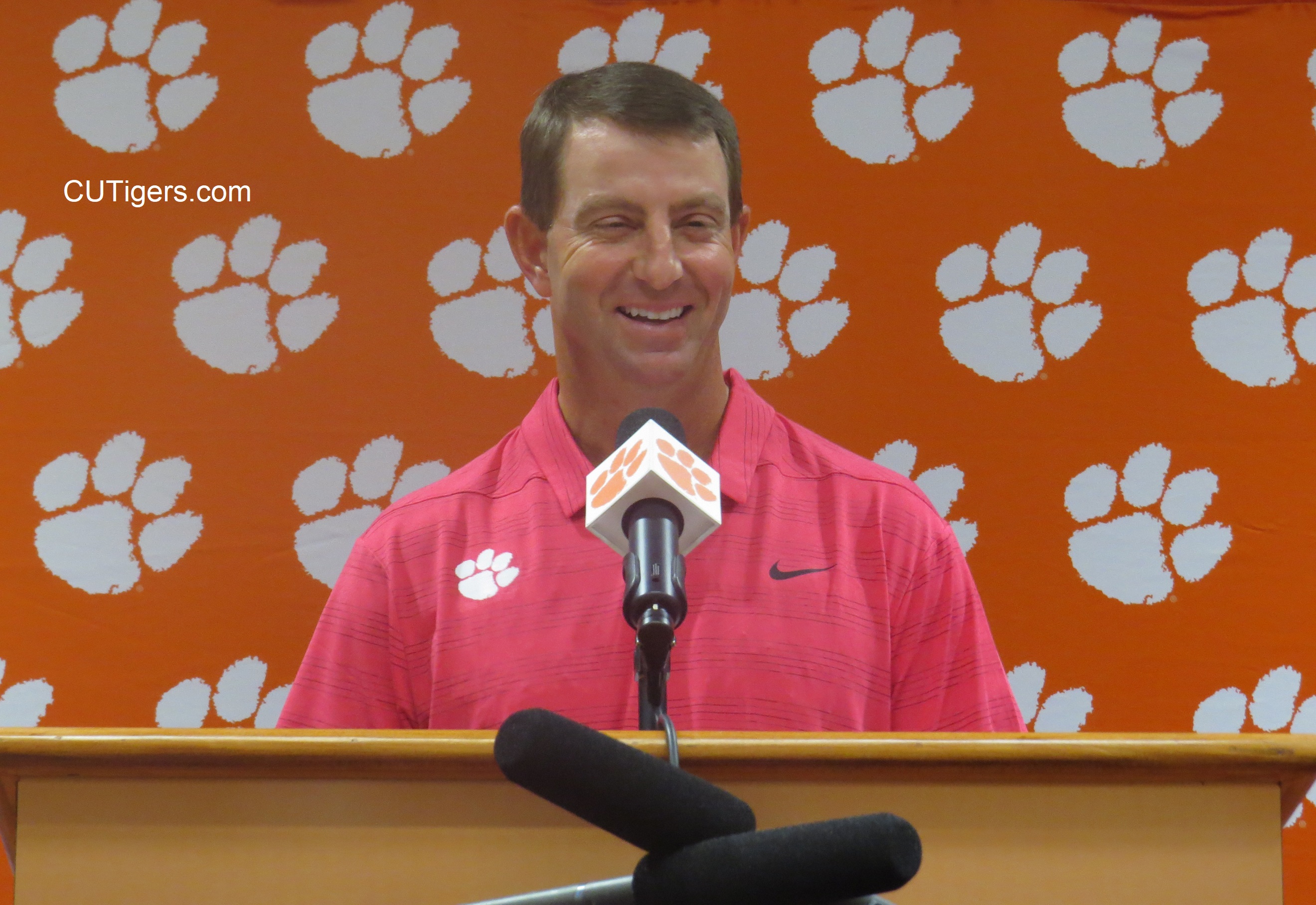 We were back to our normal Tuesday schedule today with Dabo's press conference and player interviews.  Dabo told an amusing story about what he did on his Saturday off. He was up in Ohio for a funeral and rode a roller coaster that was terrifyingly high and fast. It's worth a listen! He said he got some funny looks from Buckeye fans while he was up there too.
I asked Dabo about the status of Feaster's shoulder, and he said he is fine and should be good to go Saturday. Dabo said Cornell Powell has resolved his academic issue that has caused him to miss the last couple games, but they plan to red shirt him. Dabo talked quite a bit about the offense and the fact that they've managed to do so well despite under-performing on 3rd down. They are ranked just #56 in the nation on 3rd down offensively and were one of the best teams in the nation on 3rd down last year. They have managed to offset that with all the explosive plays they've had this season--something they didn't have last year. I asked Dabo if Trevor's ability to get the ball out to the flat so quickly makes the screen pass game much more effective and forces defenses to respect the screens more, and he concurred.
We also spoke with a couple of defensive tackles in Big Dex and Jordan Williams. Dexter told me the defense is excited about the challenge of winning 3rd down on Saturday. To me, that is the game within the game because NC State leads the nation in 3rd down conversions, and the Tigers have owned 3rd down in recent years and are the best in the nation at forcing three-and-outs year after year. Dex also talked about how much he missed playing on Saturday during the off week and that it's a great feeling to be playing at 100% after playing hurt most of last season.
I'll have more in a bit! You can watch the full press conference and interviews below.