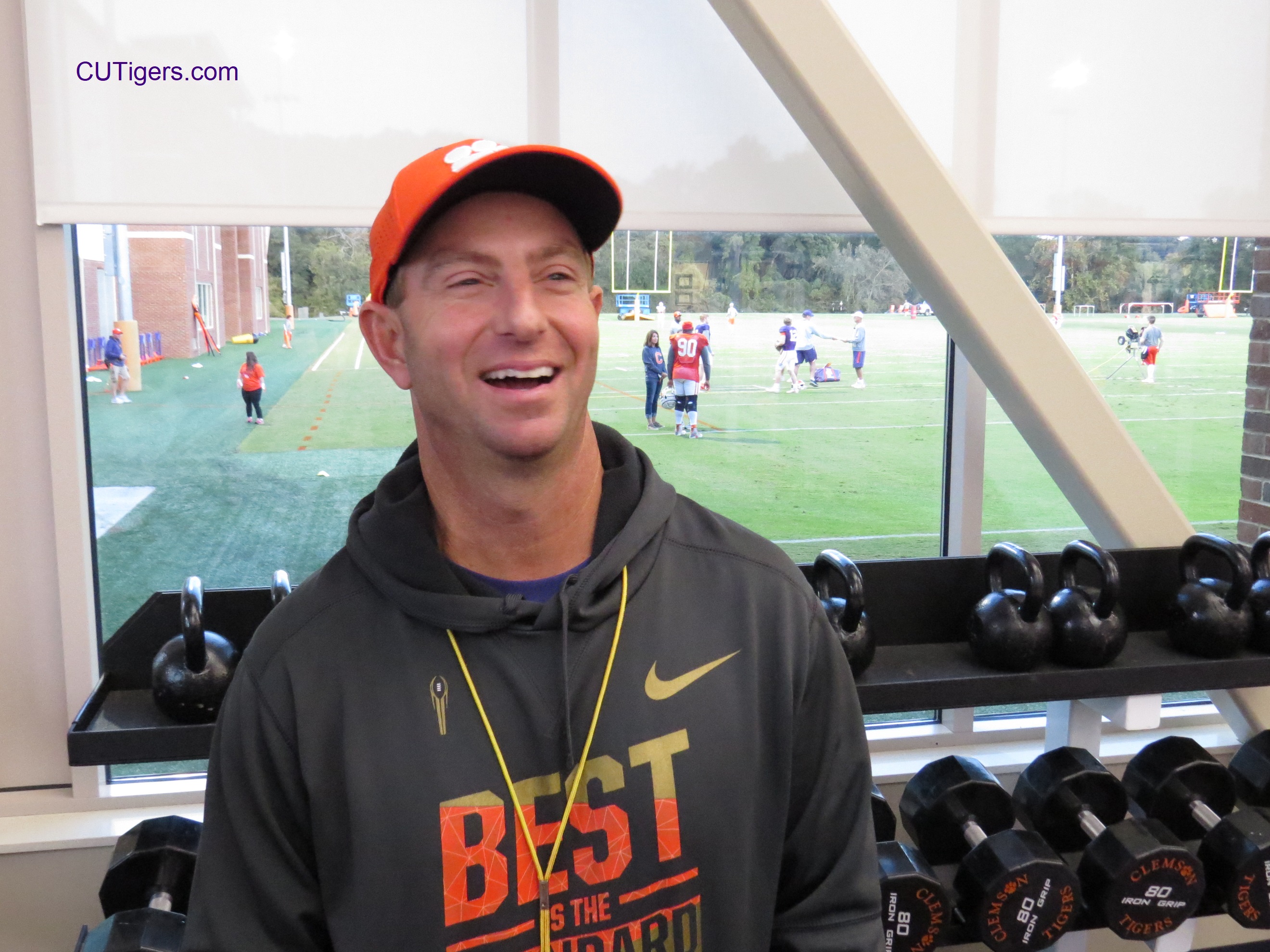 Photo by Trevor Groves CUTigers.com
Dabo said the team is in good shape and ready for FSU! He opened by talking about how sick everyone probably is of hearing the War Chant at practice this week. Dabo said he loves this time of year when the weather gets cool, quoting Cheech: "You can't win the crown until the leaves turn brown."
I asked Dabo if he thinks DK can be a big weapon for them in the second half of the season on kick returns, now that they are redshirting Cornell Powell, and he seems very excited about what DK can do for them in that part of the game. He had a big 40-yard return against NC State on Saturday.
I also asked Dabo to tell us more about the K.J. Henry situation. Dabo told us on Sunday night that they intend to red shirt him if they can avoid injuries, and that it was actually K.J. who approached him with the idea! That seems incredibly rare in this day and age--for a player that talented and highly recruited to not only have a willingness to red shirt but to propose it to the coach. Dabo said he truthfully kind of fought Henry on it a little because he was so excited about what he can do now. Dabo said he made a deal with him that if they have an injury at DE that all bets are off, but he said Henry is very self-aware and is excited about Power Hour and getting to work on his body in the weight room. He is going to be something special next year opposite Xavier Thomas and Justin Foster!
You can watch the full interview below. Don't forget to check back on Friday morning for my preview and prediction, What We Are Hearing! The last two games combined, I have been exactly one point off of the offense's point total. Knock on wood!
MONDAY COACH AND PLAYER INTERVIEWS HERE
TUESDAY DABO PC AND PLAYER INTERVIEWS HERE