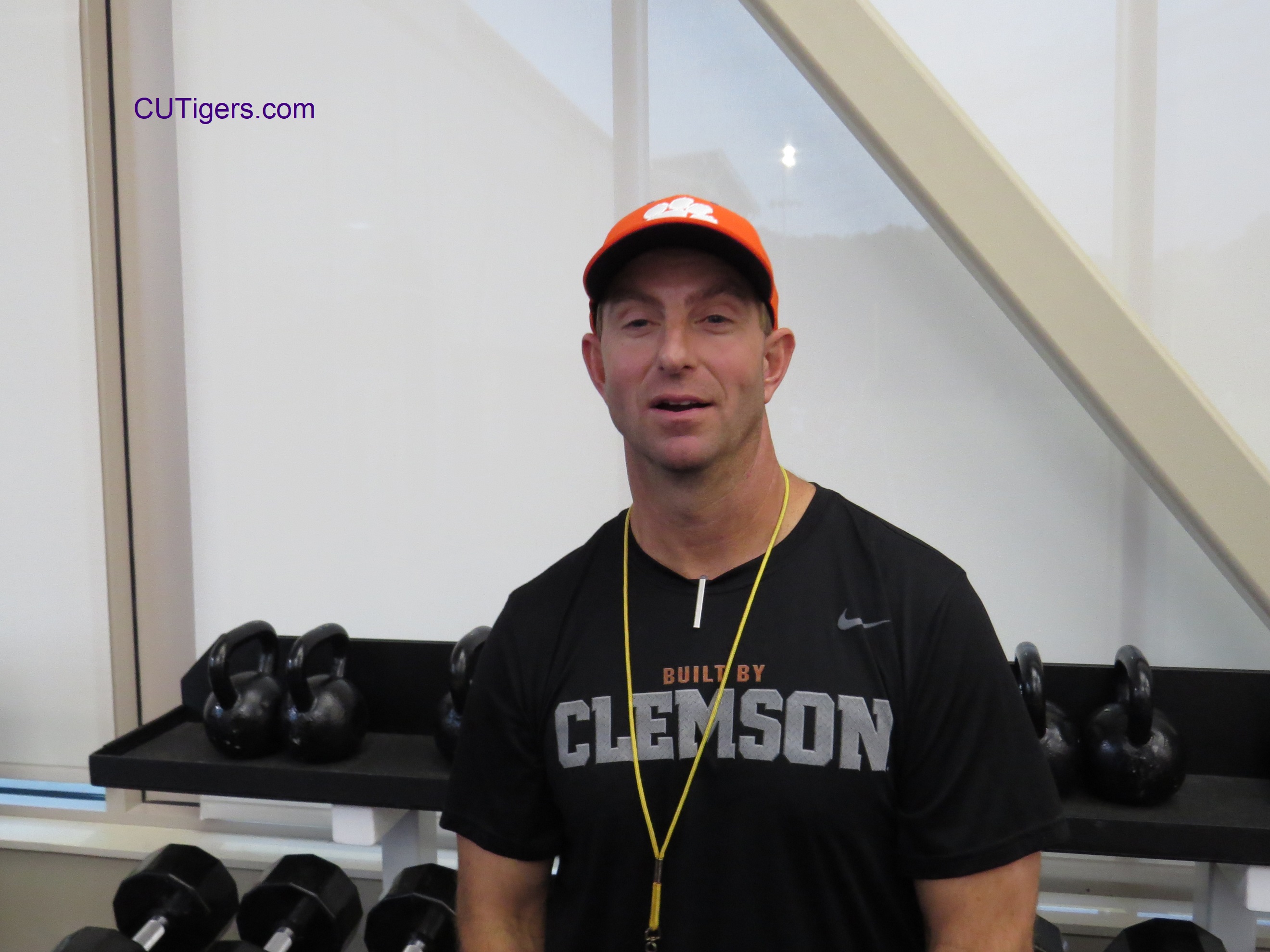 Dabo addressed and dispelled the interest from the Cleveland Browns. As he always says when offers and interest come about, he never says never, but he is perfectly happy where he is. "I love my job, I love Clemson and I hope I'm here for a long, long time." He also pointed out that he has received offers no one ever found out about.
The health of the team is good. Falcinelli is over his concussion, and Justyn  Ross's hamstring is in good shape. They are both ready to roll.
Dabo talked about Christian Wilkins receiving his honor today, as I posted earlier. He is just the 4th Clemson player to be named to the NFF Scholar Athlete Class. You have to be in your final year of eligibility as a player for candidacy, which is why guys like Deshaun Watson were never up for the award. So that is a nice tangible reward for his decision to return for his senior year. Dabo compared the honor to winning the Heisman because of its exclusivity. As a finalist, he will go to New York for the Hall of Fame Dinner, which Dabo attended last year as Steve Spurrier's guest. I was the only member of the media from the state of South Carolina to be there last year to cover Danny Ford's induction into the Hall of Fame.
Finally, I asked Dabo about the Pitt loss a couple years ago, which was at home in November and obviously the team's only blemish for the National Championship season, and how fresh that is on the players' minds--the fact that any team can beat you if you don't play your best. Seems particularly relevant this week, given no one is giving Louisville a snowball's chance in hell. Dabo pointed out that Louisville is almost dead last in turnover margin, saying that they would be 5-3 or 4-4 if not for that. He said his team would be 4-4 if they were that bad in the turnover margin. I seriously doubt that, but you get his point. You can watch the full interview below.
By the way, basketball season is already upon us, believe it or not! The Tigers have an exhibition game here at Littlejohn Thursday night before their season opener against The Citadel next Tuesday. So be sure and check back tomorrow night at 7:00 for live coverage and play-by-play as well as post-game interviews! The Tigers won at UNC Wilmington on Saturday in their first exhibition.
Also, don't forget to check back on Friday morning for my weekly preview and prediction, What We Are Hearing!