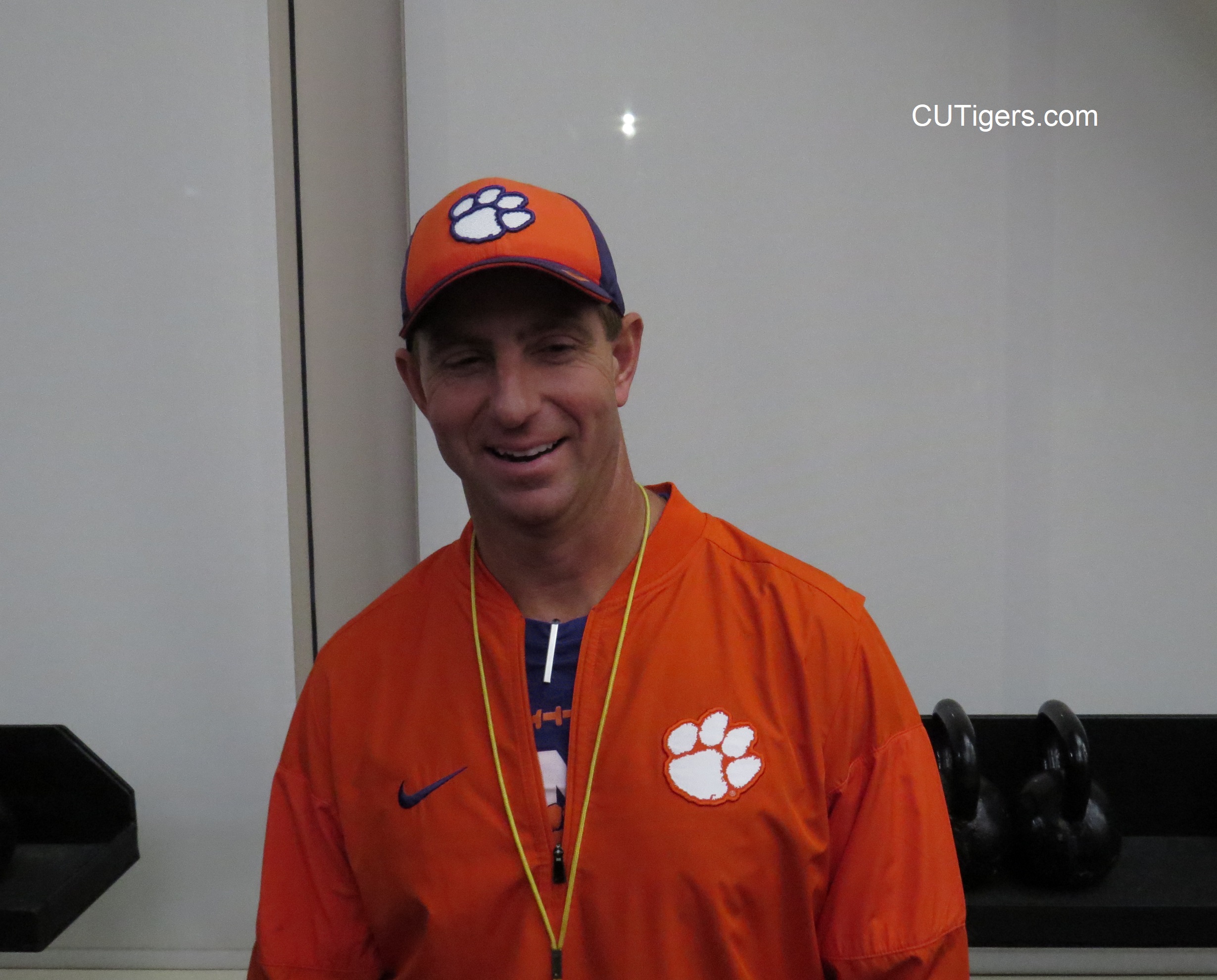 As always, we had our Wednesday evening interview with Dabo, and the team practiced inside today with it raining outside. I asked Dabo how Mark Fields has looked over the past couple days, and he said that he looks good and is ready to go for Saturday.
Dabo was asked to tell us again, as he has in the past, about adopting the uniform policy, reserving the Orange britches for championship games and bowls, including the annual state championship against South Carolina and Atlantic Division-clinching games such as the one on Saturday at Boston College. The Tigers will clinch their 4th straight division title with a win on Saturday. If BC wins, the Tigers could very well still win the division. The Eagles already have a conference loss, so they would just have to lose at FSU or to Syracuse at home. But the Tigers obviously have much more to play for than just another ACC Championship, so they will be keenly focused on beating BC.
I asked Dabo about Trevor Lawrence being named a semifinalist for the Davey O'Brien Award, and to my surprise, Dabo hadn't learned of it yet. I also asked him how poetic it is to have Hunter Renfrow named a finalist for the Burlsworth Trophy, a national award for former walk-on players. That award is near and dear to Dabo's heart, obviously, as a former walk-on himself. He said for the past few years, he has hoped to have a candidate for the award, and now he finally does. A player has to be in his final year of eligibility to qualify.
Dabo discussed a few other topics as well, and you can watch the full interview below. Don't forget to check back on Friday morning for my comprehensive weekly game preview and prediction, What We Are Hearing!