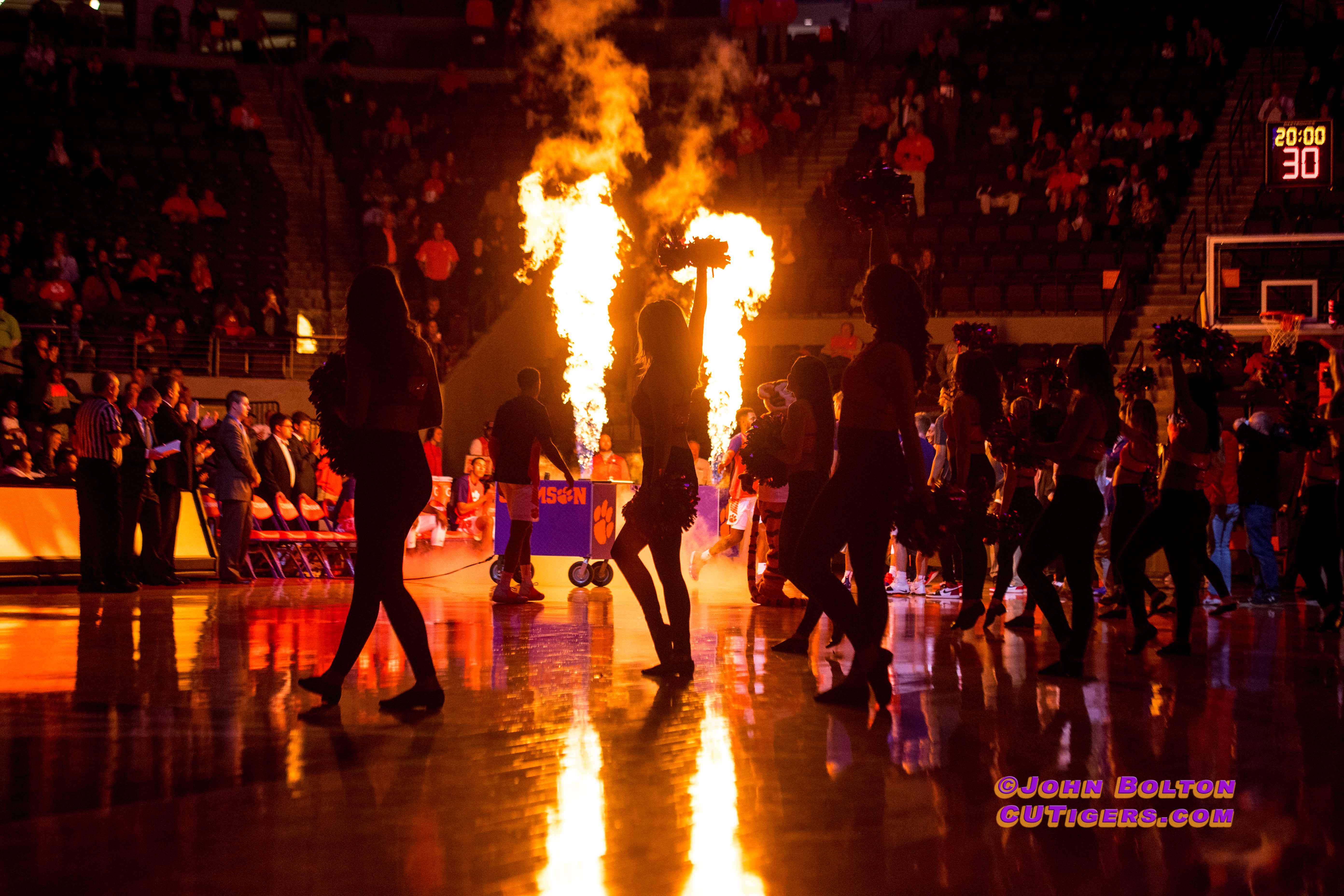 BOX SCORE
CLEMSON, SC - No.19 Clemson beat Sam Houston State 74-59, just hours before Brad Brownell's 50th birthday, improving to 3-0 for the fifth time under Brownell. Marcquise Reed scored a season-high 26 points after scoring just 6 points in last week's 71-51 win over NC Central. The Tigers have won their first three games by an average of 18 points per game, but this was their most hard-fought yet. The scrappy Bearkats wouldn't go away and had the lead a few times in the second half. 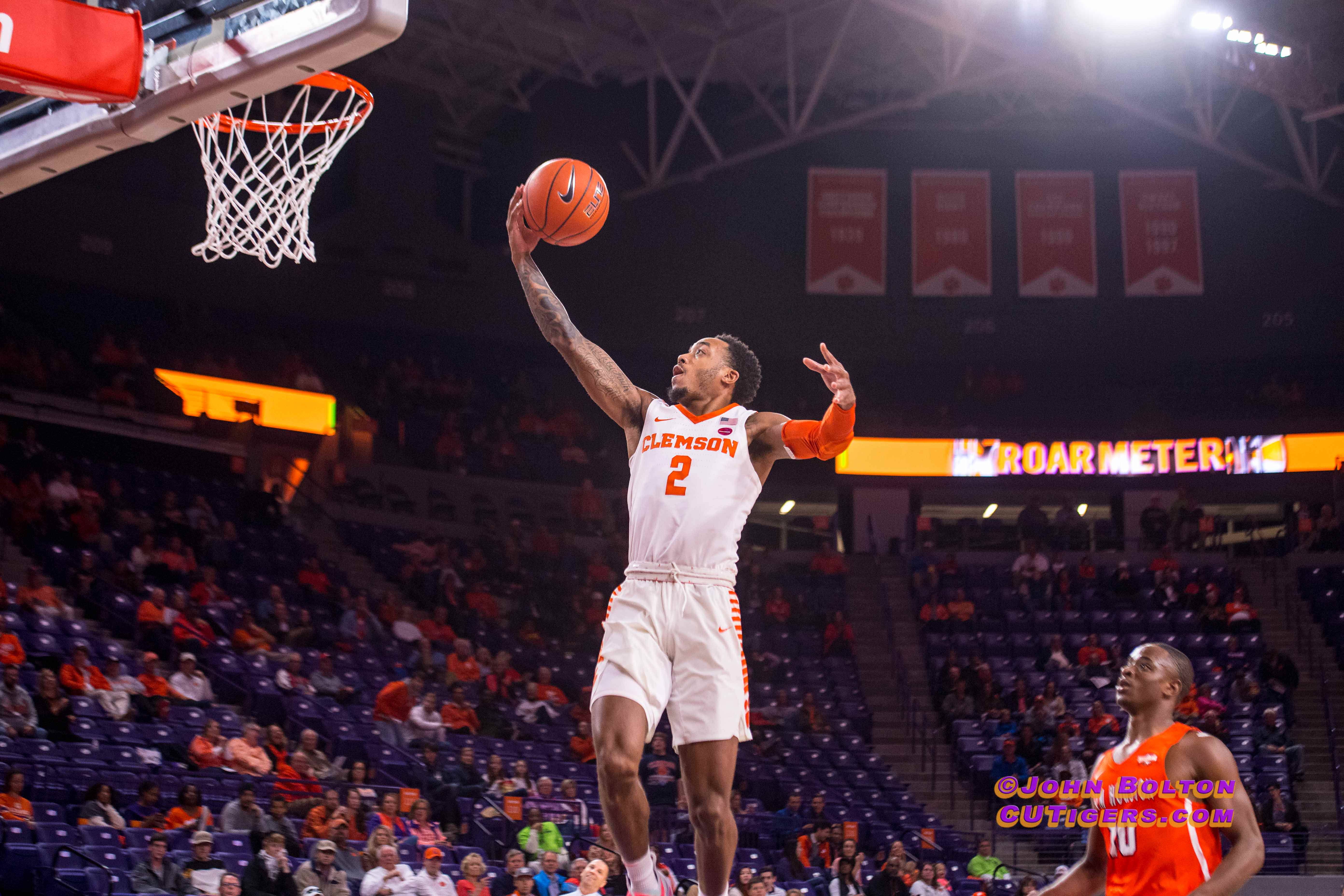 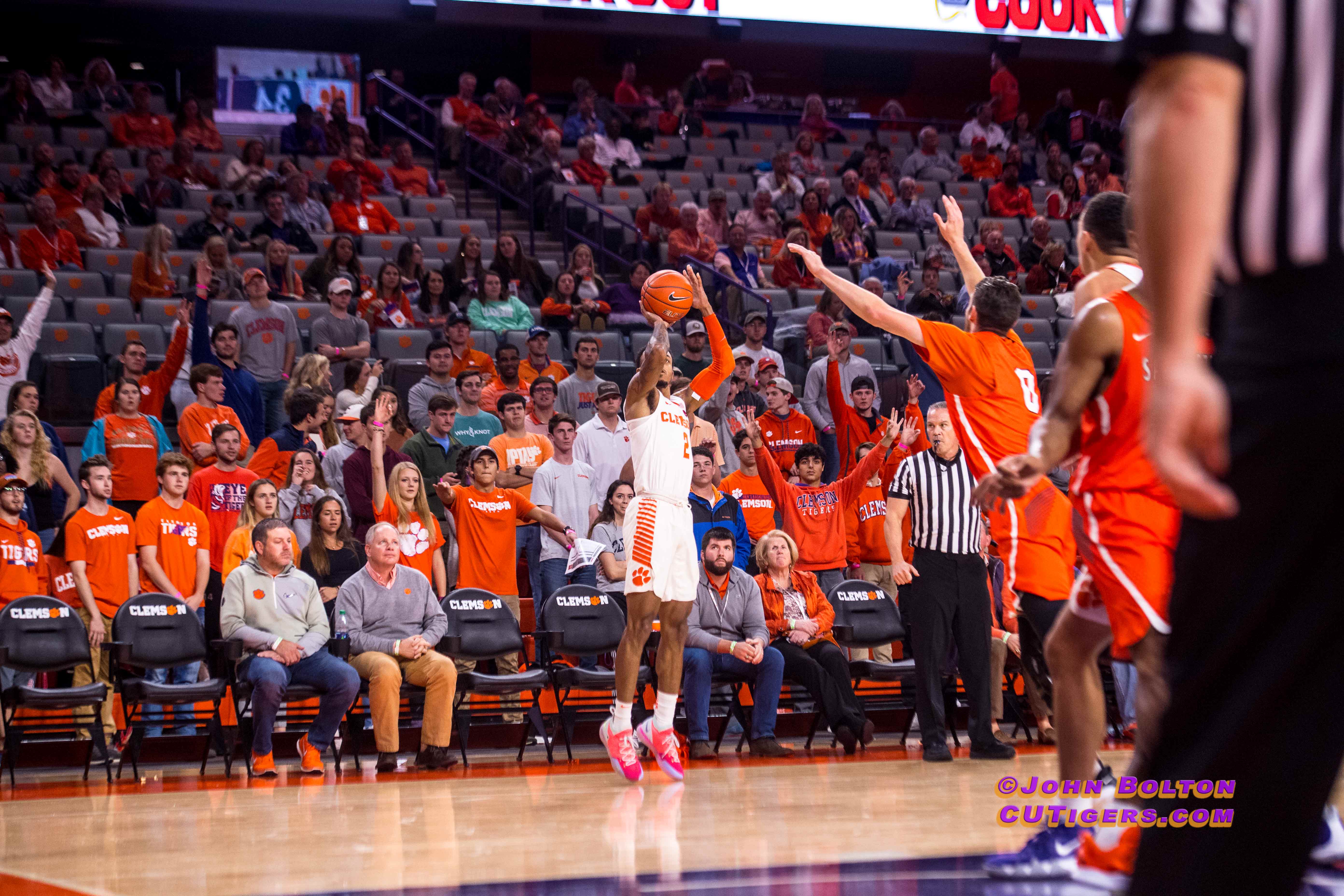 Transfer Javan White got his first start with the Tigers, in place of Eli Thomas, who is recovering for the flu. It's been a rough start to the season for Thomas--he also missed a couple weeks of the preseason with an ankle injury. Thomas did play 25 minutes, however, scoring just 3 points on 1-3 from the field and pulling down 5 rebounds--far less than his usual production. 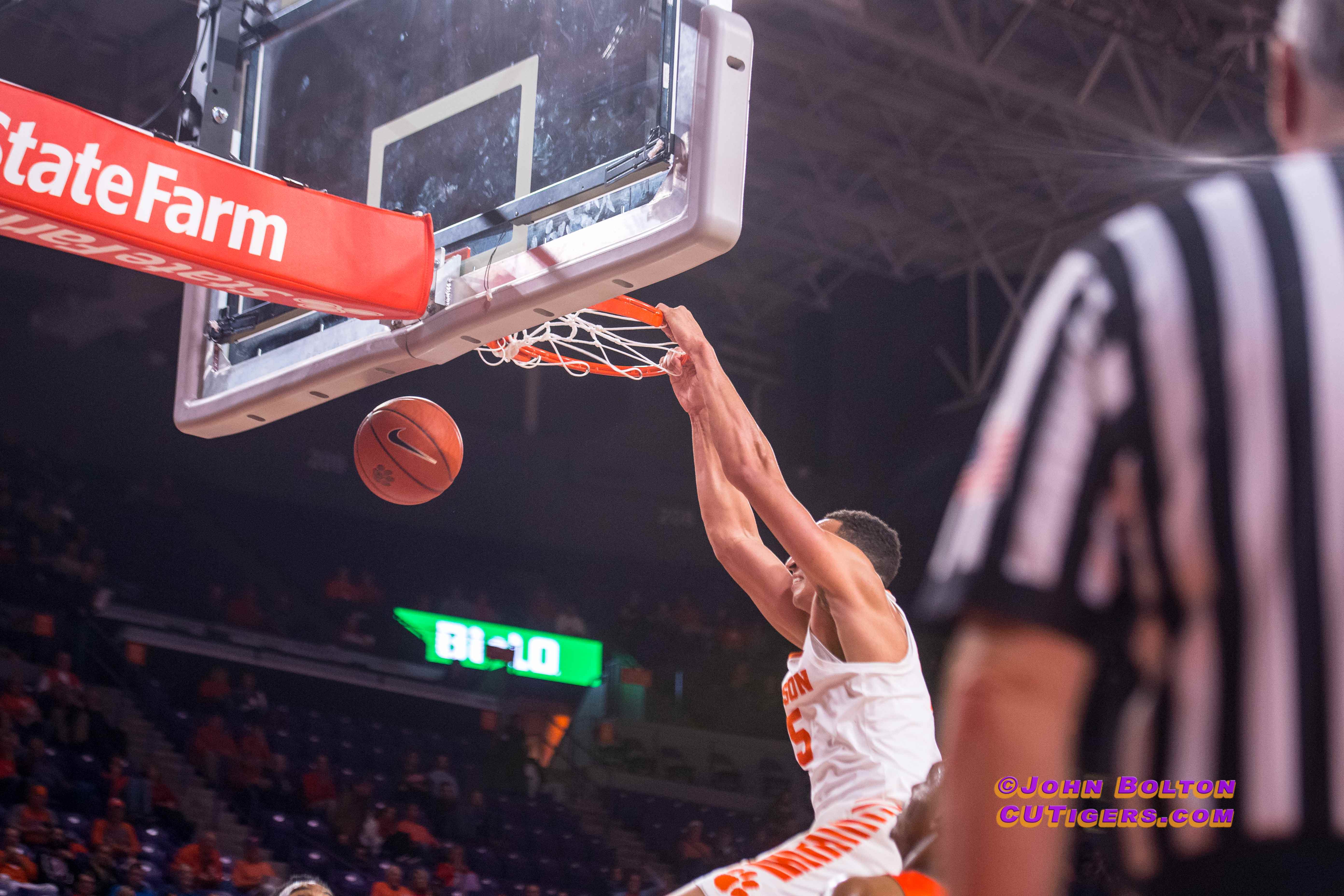 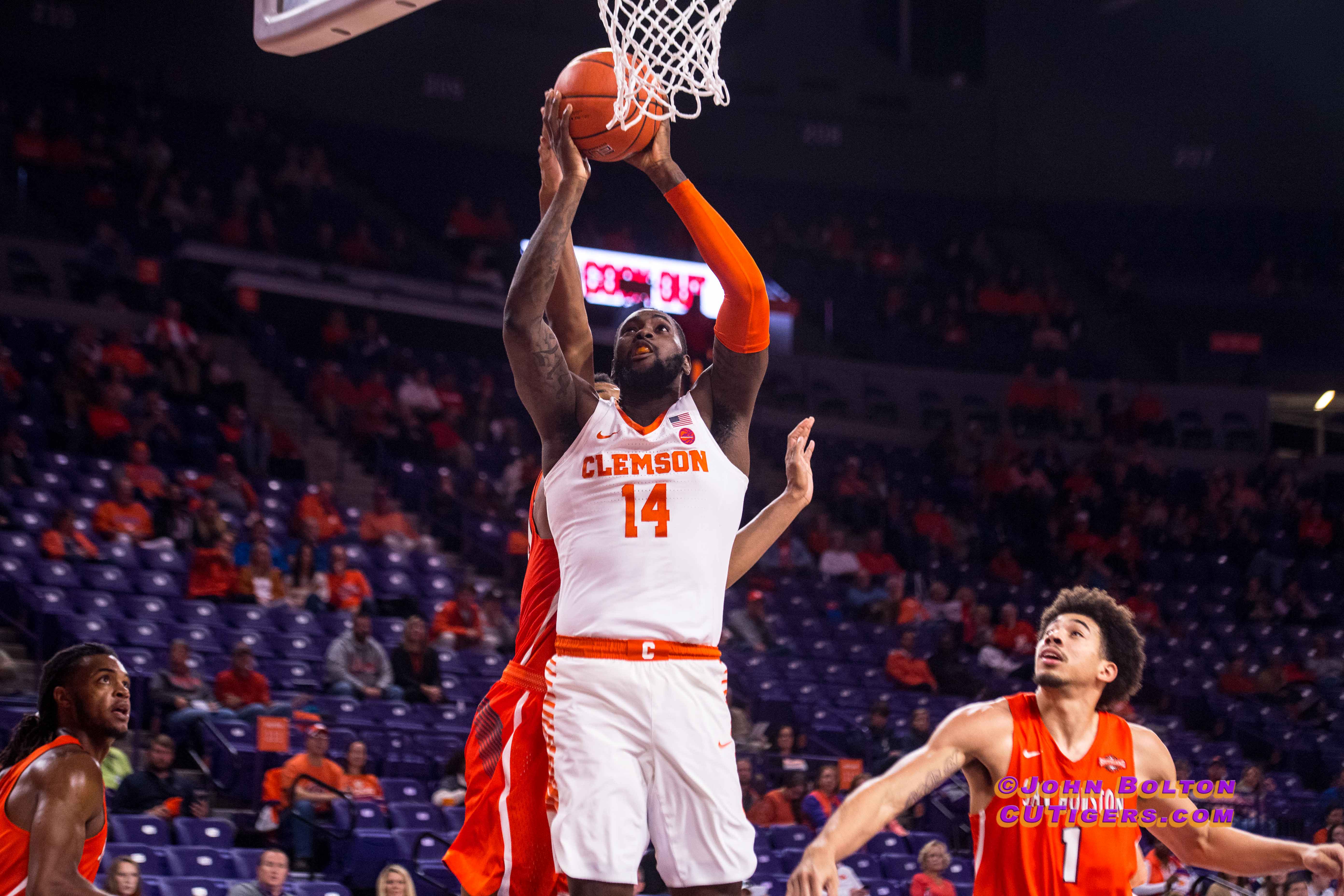 Shelton Mitchell added 13 points as the second-leading scorer for the Tigers, and Aamir Simms scored 12 on 3-4 shooting and 2-2 from beyond the arc. I asked Brownell after the game if Simms's good early-season shooting is what he was expecting, and Brownell said it was. He said he would like to see Simms take a few more shots but is more concerned with his defense and rebounding than the big man's offense. 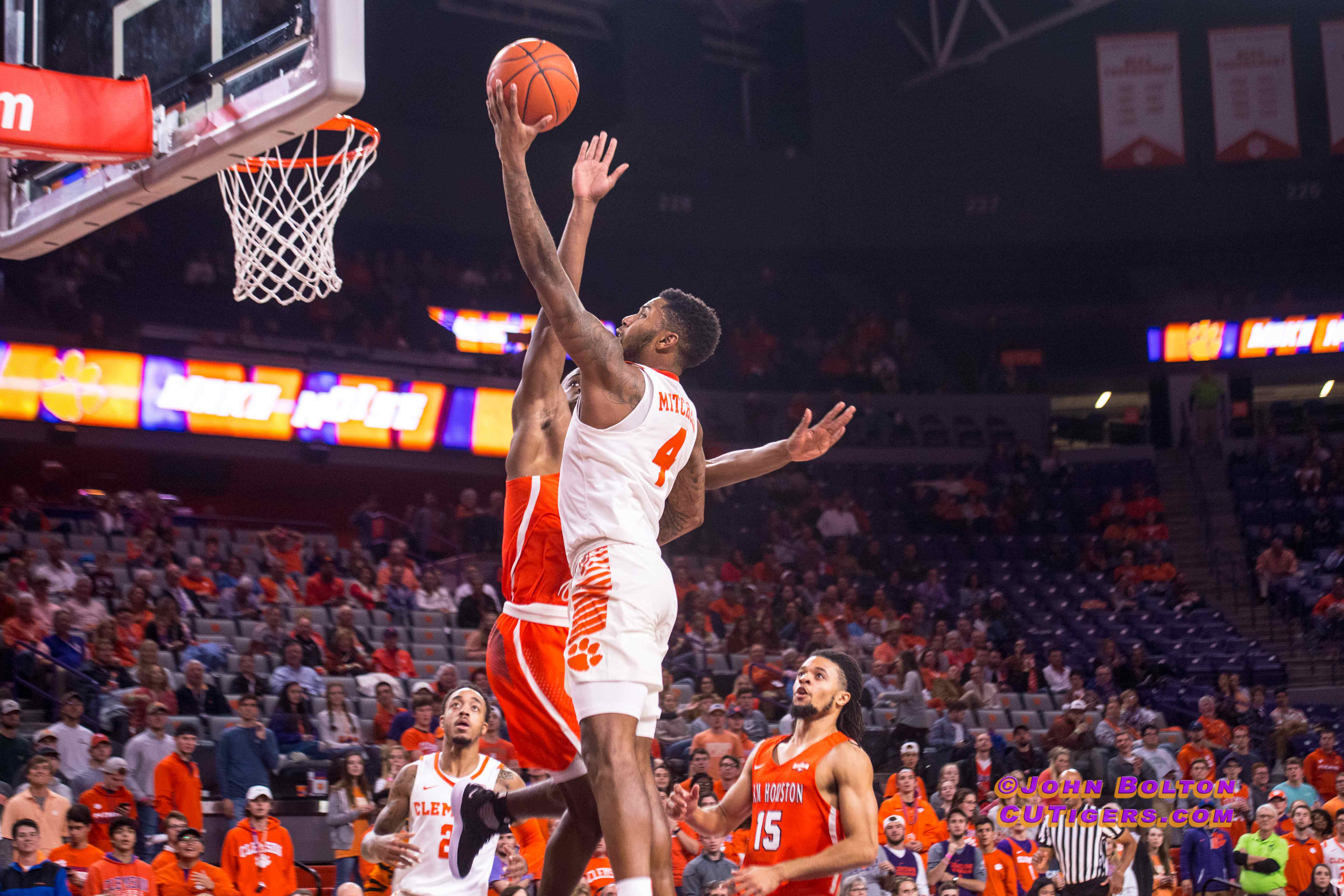 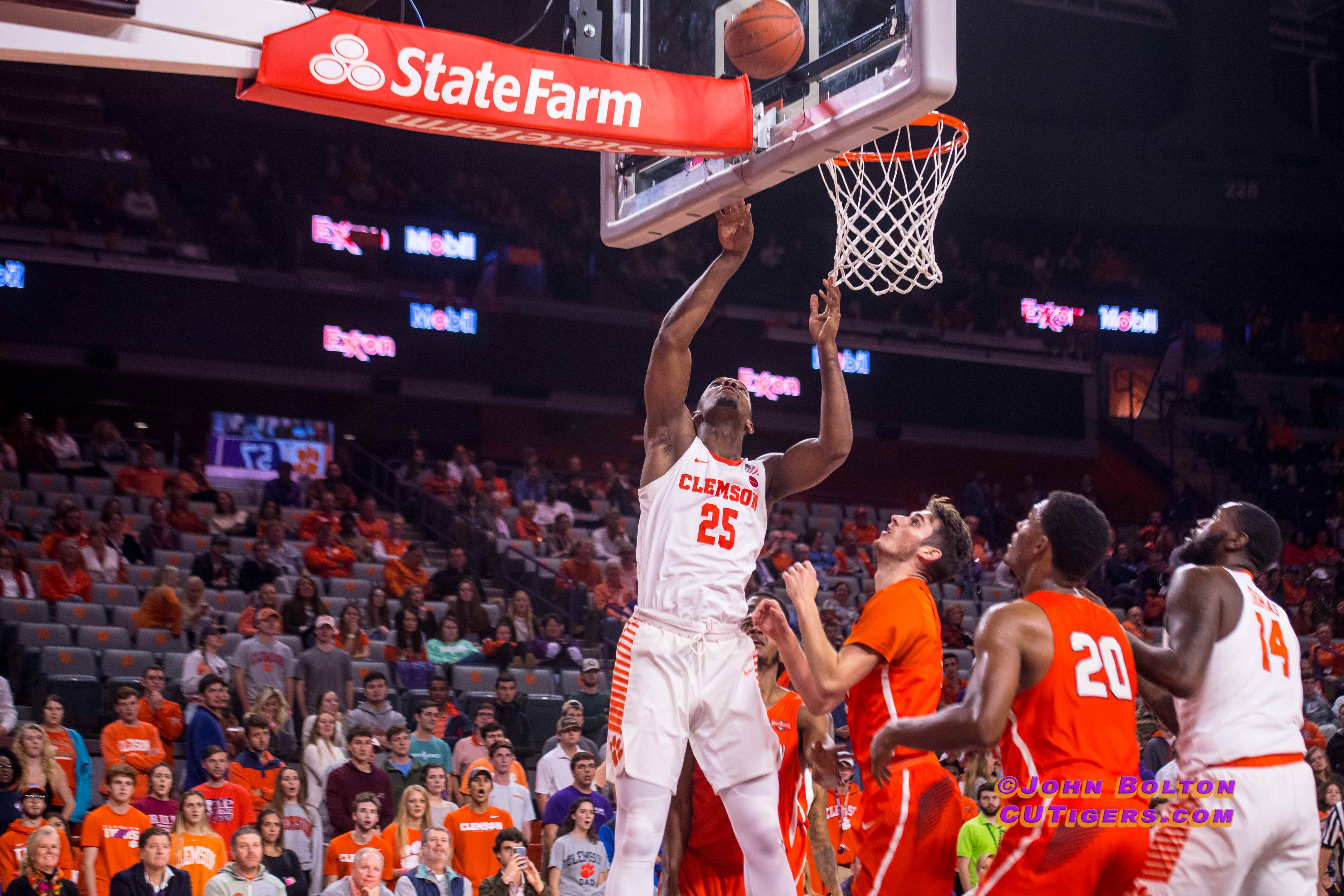 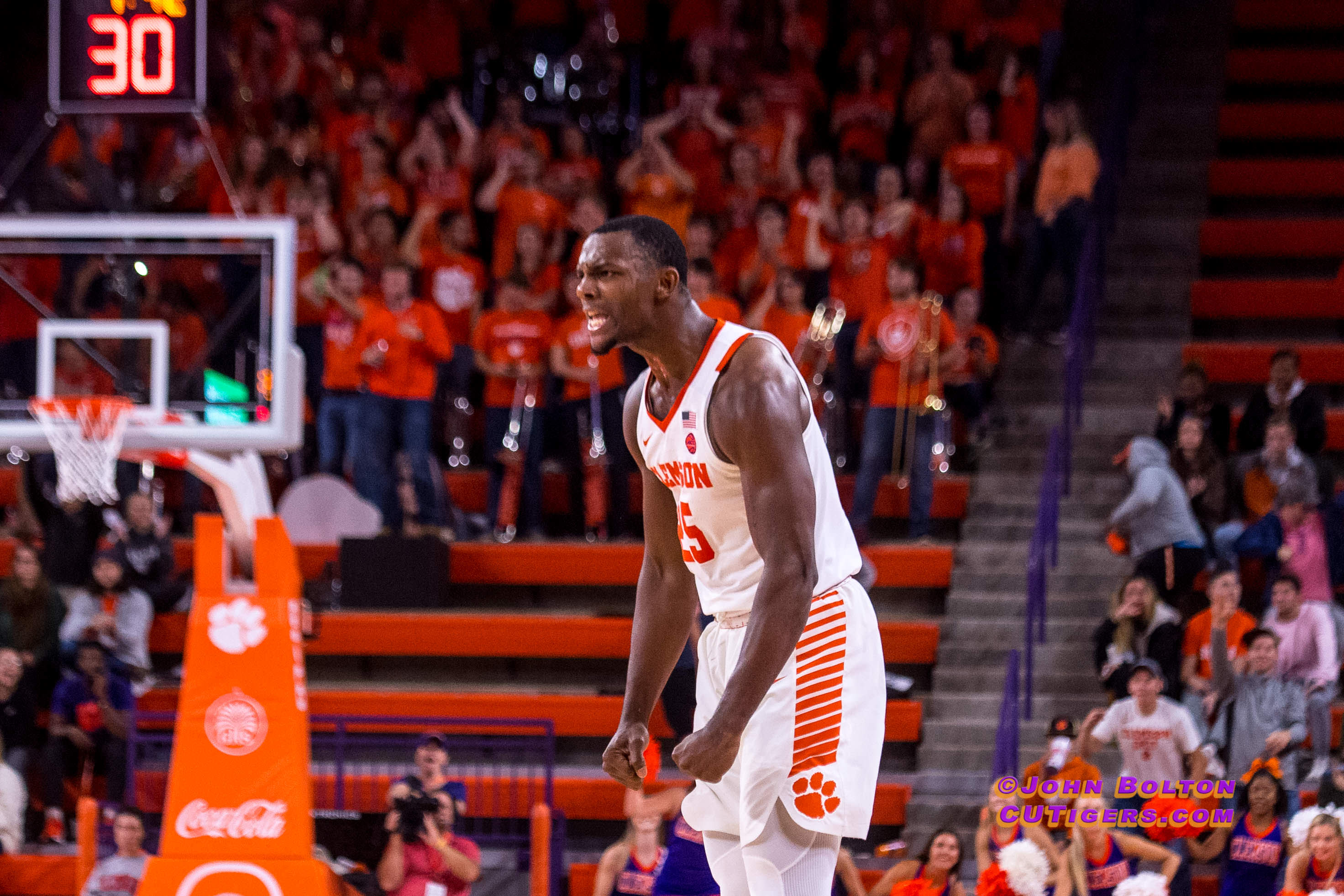 Freshman John Newman has been a spark of energy on the floor for the Tigers this season, and he picked up his shooting on Wednesday night, going 2-3 from the field, including a near 3-pointer in which he was on the line. Newman also pulled down 3 rebounds in his 17 minutes. 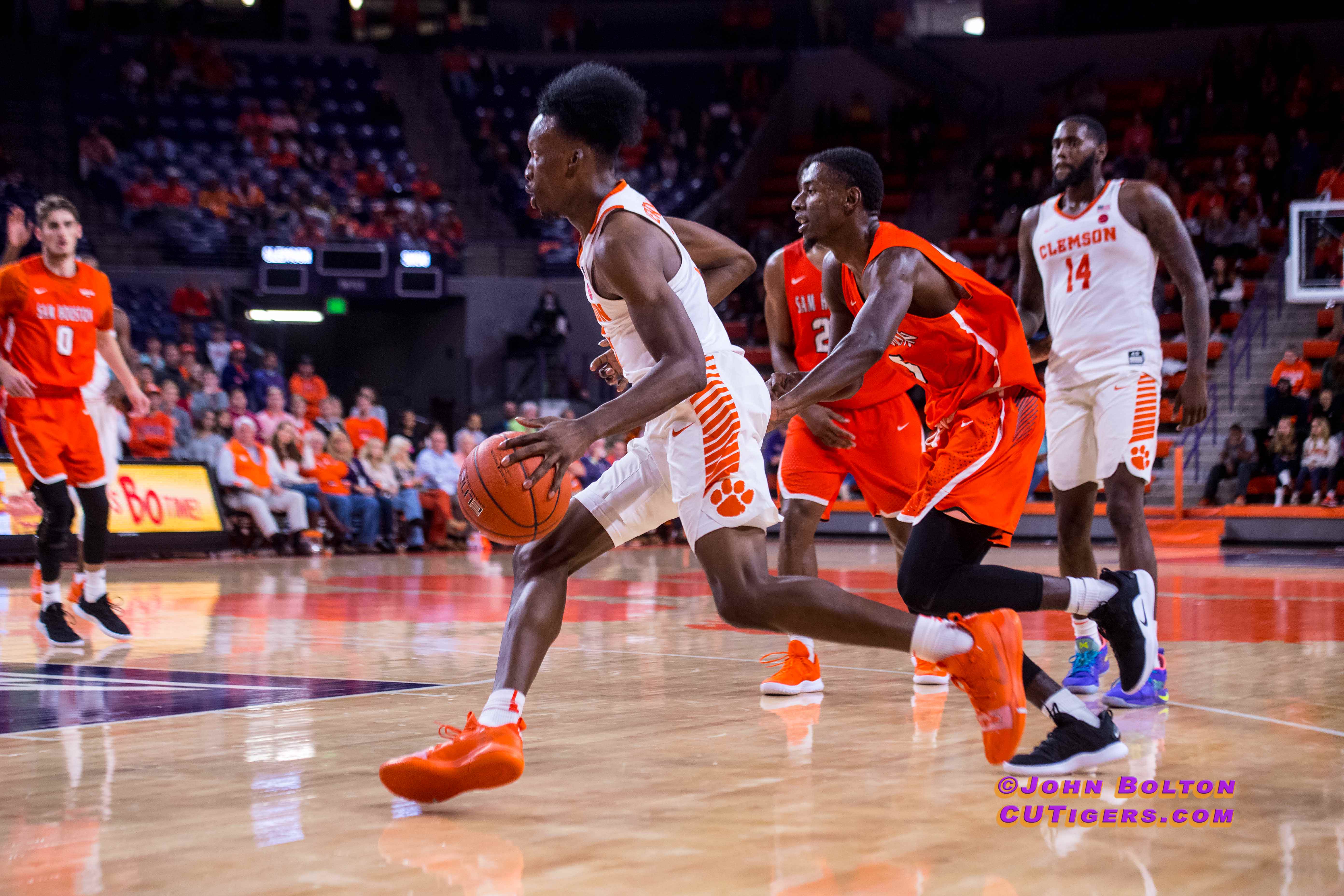 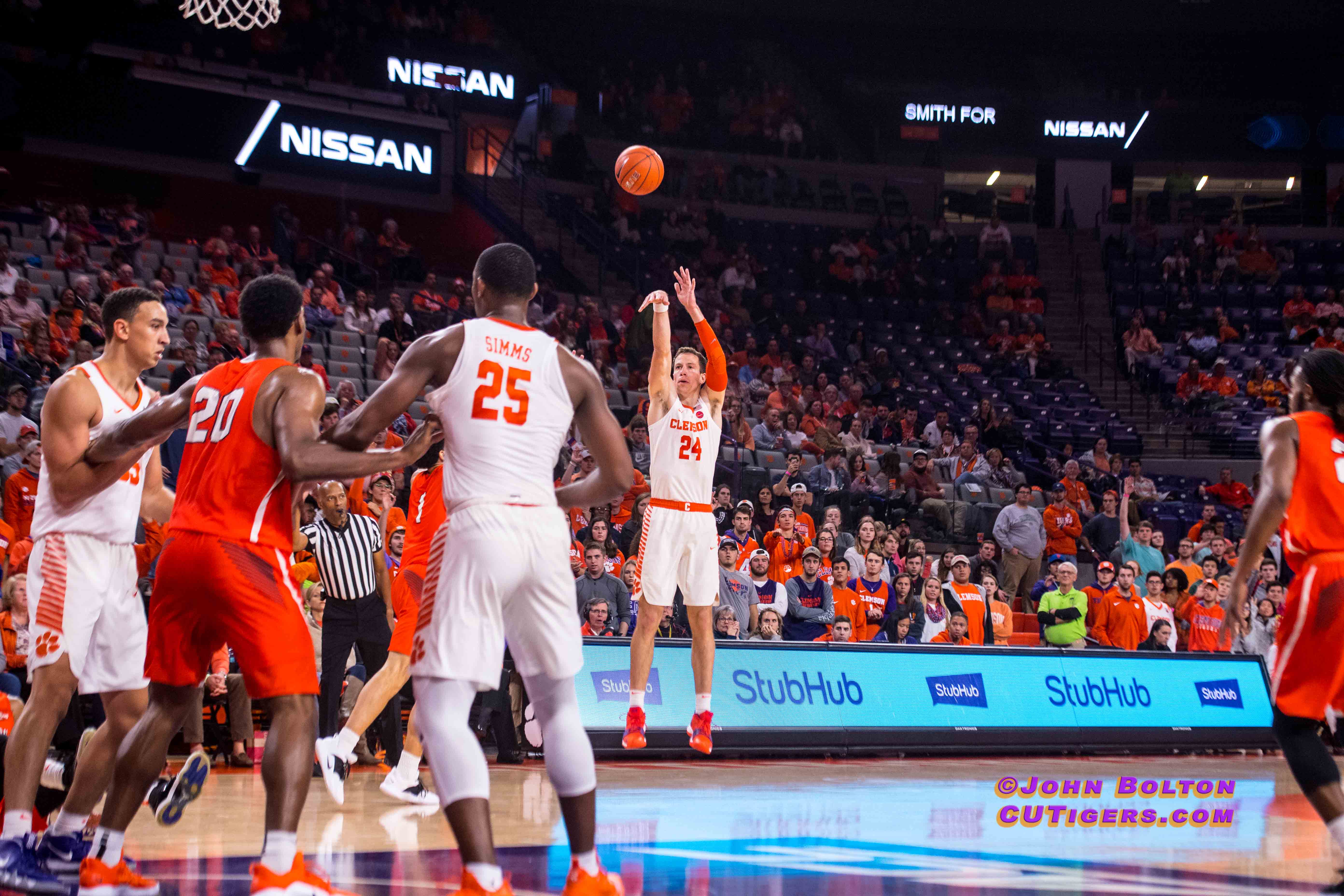 Finally, David Skara--who has been the story of the early season so far--had his least productive game offensively, taking just 3 shots. He did make a 3-pointer, making his third straight game with a triple (5th including the exhibitions) and finished with 4 points. I asked Brownell if he'd like to see Skara more aggressive offensively, as well as he's shot the ball, and he conceded that he would like to see that. However, Brownell also pointed out that it was a low-possession game, so there weren't as many opportunities there as usual. 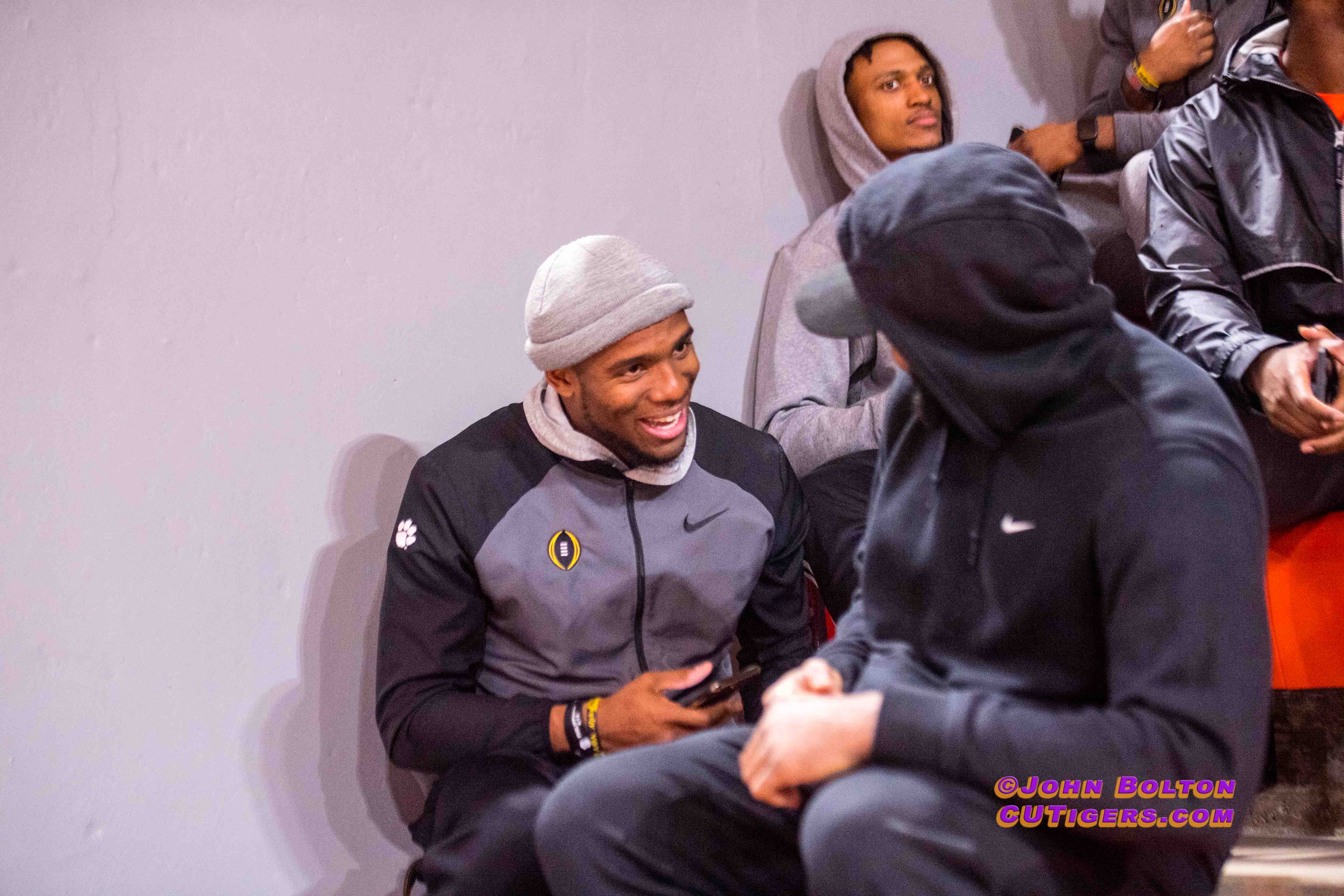 Clemson alumnus and former quarterback Kelly Bryant was in attendance, rooting on his basketball buddies. 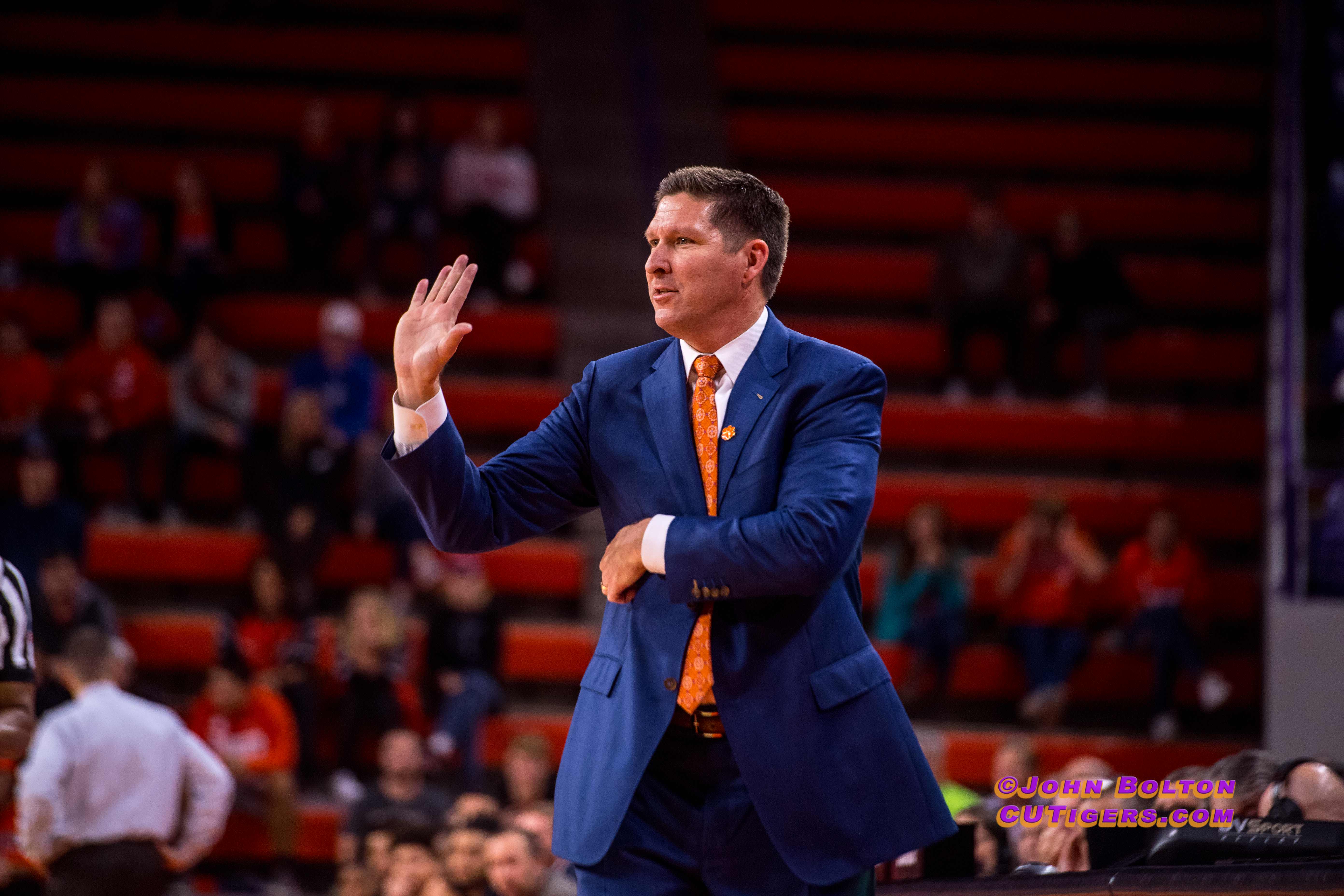 Brad Brownell celebrated his 50th birthday Thursday with a win on Wednesday night.
Brownell has to be pleased that the Tigers could win by 15 despite getting half a game from Thomas and Skara scoring just 4 points. They also held their second straight opponent under 60 points after allowing 80 points in their first two games. I asked Brownell if he felt that the players were picking up their defensive effort of late, and he said he did. Brownell, however, was not pleased with the lack of intensity in the first half, which kept the game close. In fact, it looked like the Bearkats were going to take a one-point lead into the locker room before Mitchell scored to re-take the lead just before halftime. The slow starts have been a common theme for the Tigers in the early season, but Brownell doesn't seem to be overly concerned and likes the way his team has responded in the second half.
The Tigers travel to the Caymans next for the Cayman Island Classic, where they will face Akron on Monday. They will play three games in three days during the tournament.