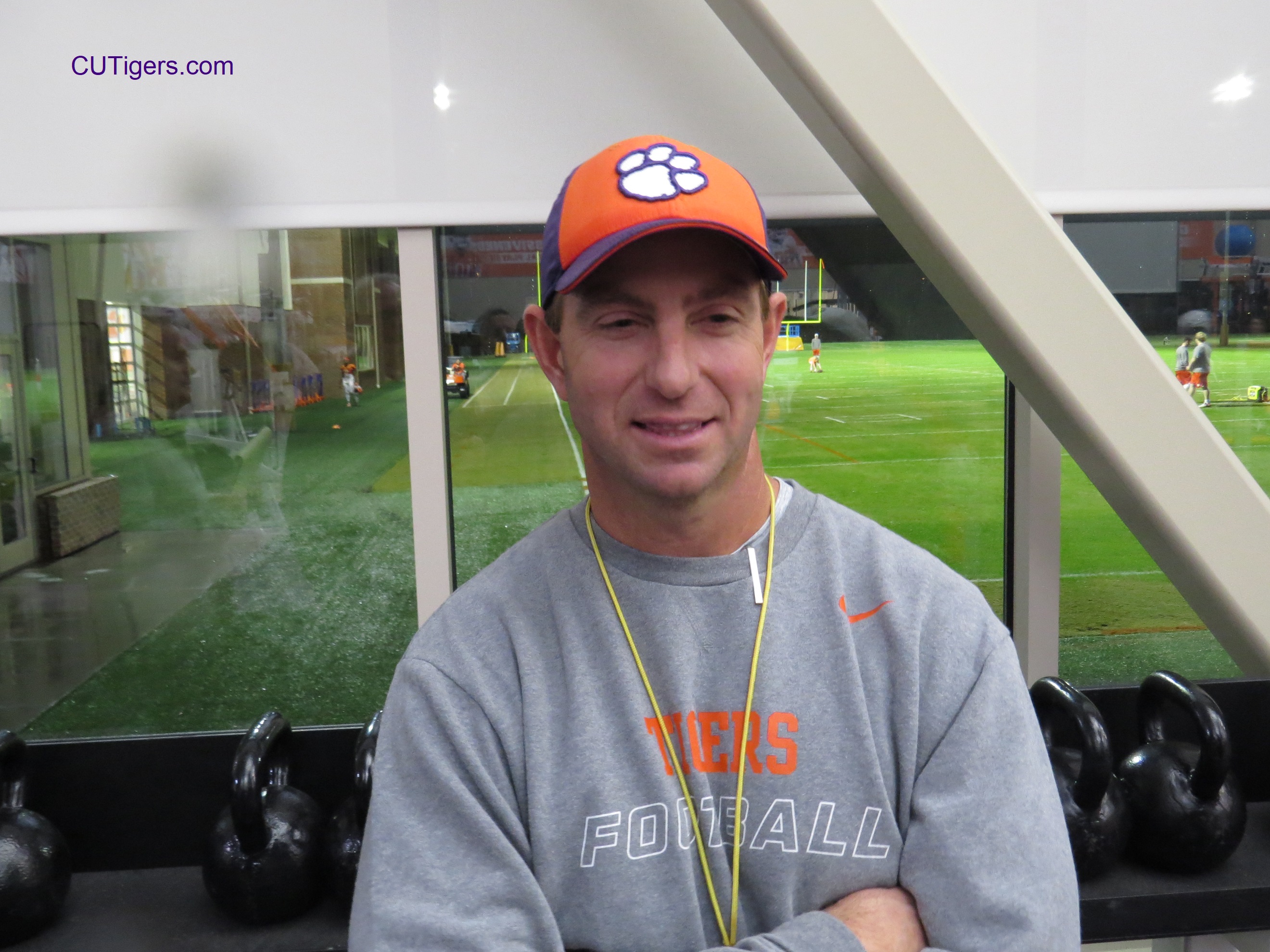 I made it to our weekly post-practice interview with Dabo just before racing across the street for the basketball game. I asked him about what a blessing it is to have the Poe Indoor Practice Facility on a week like this, and Dabo said that was the question of the day. It has rained almost non-stop for 3 straight days, and I can't imagine how difficult it must have been about 15 years ago when they had to try to practice in that muck. Many schools aren't so fortunate--in fact, UGA didn't even have a proper indoor facility until a couple years ago.
Dabo talked a little more about the seniors. I also asked him a follow-up about the non-call on punt interference at Boston College that resulted in a turnover and great field position for the Eagles. As I immediately wrote that night on my live play-by-play thread, it should have been interference because the BC player made contact with Amari Rodgers and impeded his ability to make the catch. I don't know how the refs missed it, but their negligence is not reviewable by rule, and that is what had Dabo so livid on the sideline. I asked him about it on Sunday night during our teleconference, and he said point-blank that he thought the refs missed the call. So tonight I asked him if he thought certain missed calls like that should be reviewable, and he said he absolutely does. He said that is not like pass interference. It is a cut and dry thing, doesn't happen often and has a huge impact on the game, so he thinks calls like that need to be reviewable, and I agree with him. Anyone who watched that play could see plain as day that the refs missed the call. Fortunately, it ended up not mattering, but it certainly could have changed the outcome and potentially cost the Tigers an ACC Championship and playoff berth.
Thankfully, there were no injuries to report. Dabo discussed a few other topics, and you can watch the full video below!