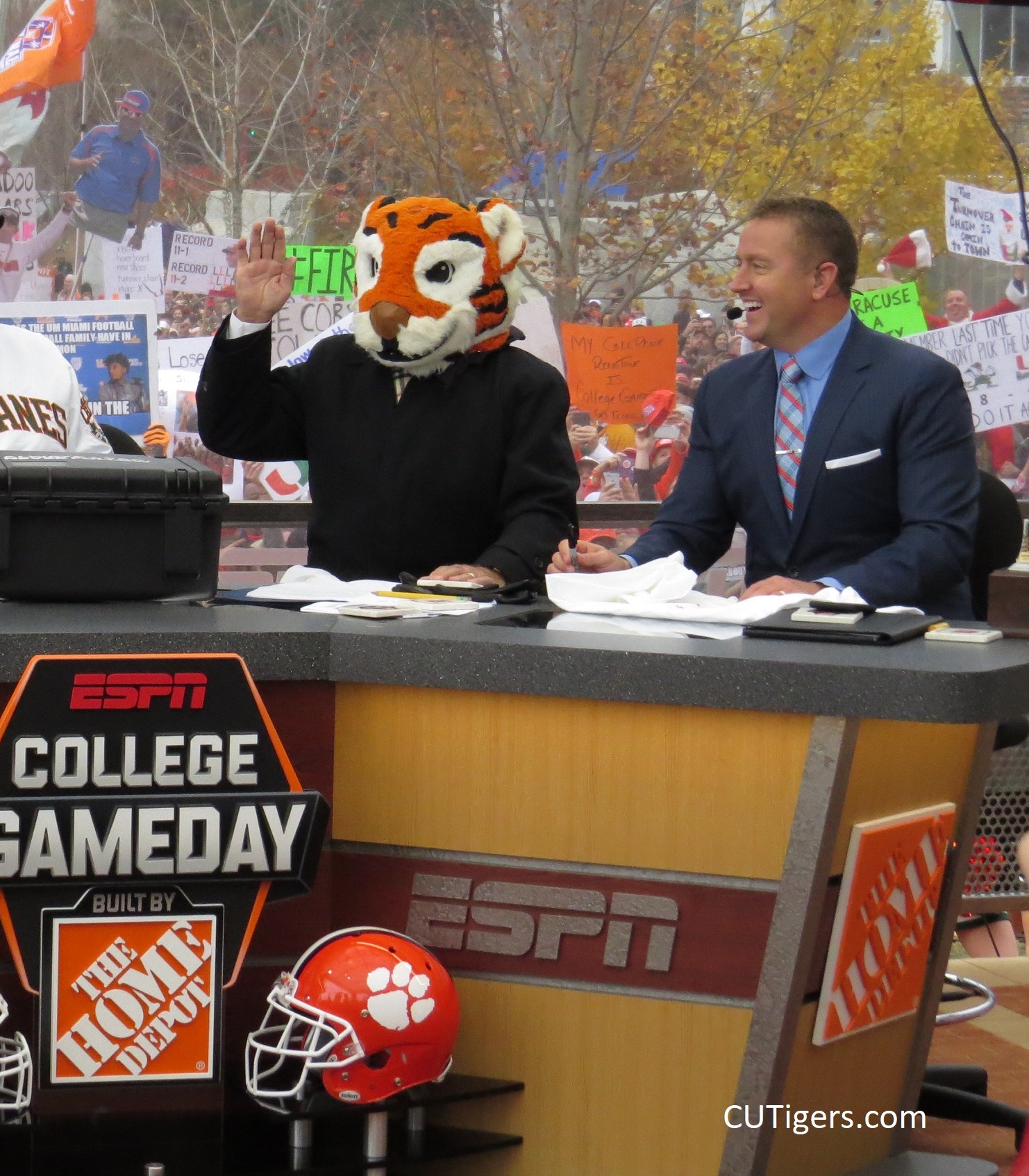 Kirk Herbstreit has always been outspoken about his affinity for Clemson University. I can recall him saying many years ago, when Tommy Bowden was still the head coach and the Tigers' current dynasty was just a glint in Dabo's eye, that he was so enamored with the campus, academics and culture at Clemson that he would like for his sons to go there one day. Well, it appears that will come to fruition next year. The longtime ESPN Analyst and College Gameday host told WZTV in Nashville, Tennessee (READ HERE) that his twin sons will attend Clemson University next year and play football as preferred walk-ons.
And what better program is there for that purpose? As most are aware, Dabo Swinney was a walk-on wide receiver for Gene Stallings at Alabama, where he won a national championship. Clemson senior WR Hunter Renfrow is one of the most successful former walk-on players of all time, having caught 4 touchdowns against Alabama in the College Football Playoff, including the one in the final seconds two years ago that gave the Tigers their second national title. Renfrow is one of three finalists for the 2018 Burlsworth Trophy, a national award for former walk-on players, and last Saturday Renfrow set the Clemson record for most starts by a wide receiver and most consecutive games with a reception.
Ironically, Clemson is 3-0 all-time against Kirk Herbstreit's beloved Buckeyes, who he played for as a quarterback in the 1990's. The most recent meeting was a 31-0 blowout in the College Football Playoff Fiesta Bowl, Urban Meyer's only career shutout. Herbstreit has always seemed to have a soft spot for the Tigers, though, and now it seems he will forever be a proud Clemson dad and member of the Clemson Family.
MONDAY CLEMSON FOOTBALL INTERVIEWS HERE