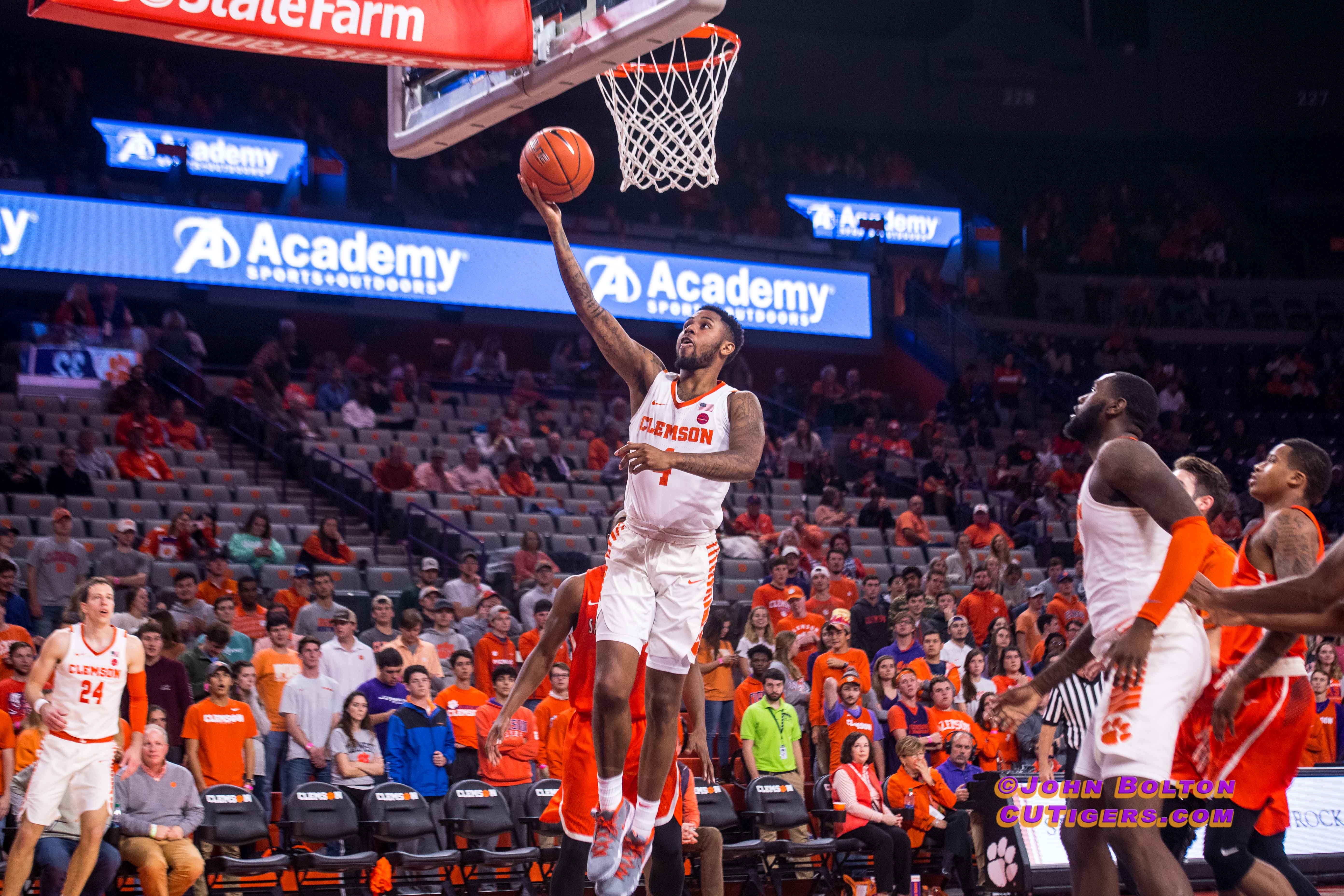 The Tigers hung on to beat Akron 72-69 in the Cayman Classic Monday, improving to 4-0 on the season. They actually led by as many as 15 in the latter part of the second half and by 9 points with less than 20 seconds left, so it wasn't as close as the final score appears. The Tigers won their first 3 games by an average of 18 points per game, but those were all at home. It is just the second time Brad Brownell has started 4-0 as Clemson Head Coach.
Shelton Mitchell scored a season-high 22 points, and Eli Thomas, who only played 25 minutes in last week's win with lingering flu symptoms, posted a double-double with 15 points and 12 rebounds, both season highs. Marcquise Reed, who scored a season-high 26 last week, scored 12 of his 16 points in the second half. Aamir Simms continued his consistent production on offense, making his first 3-point attempt and scoring in double digits for the fourth straight game.
The Tigers will play 3 games in 3 days, so it will test the team's depth, which has been an issue early this season. Eli Thomas has already battled an ankle injury and the flu, and fellow big-man Malik William has been out with a concussion for months. Redshirt sophomore guard A.J. Oliver announced he would transfer after the season opener. Georgia and new Head Coach Tom Crean beat Illinois State on Monday 80-68, so the old rivals Tigers and Bulldogs will play Tuesday at 11:00 am ET with the winner advancing to the tournament championship. Two schools that are an hour apart will be playing each other in the Caymans. The Tigers beat the Bulldogs 74-64 in their last meeting 2 years ago, the season opener in Littlejohn. The game will begin at the same time as Dabo's press conference, but I'll do my best to update you in between interviews.
You can watch a replay of the Clemson game HERE.
MONDAY CLEMSON FOOTBALL INTERVIEWS HERE