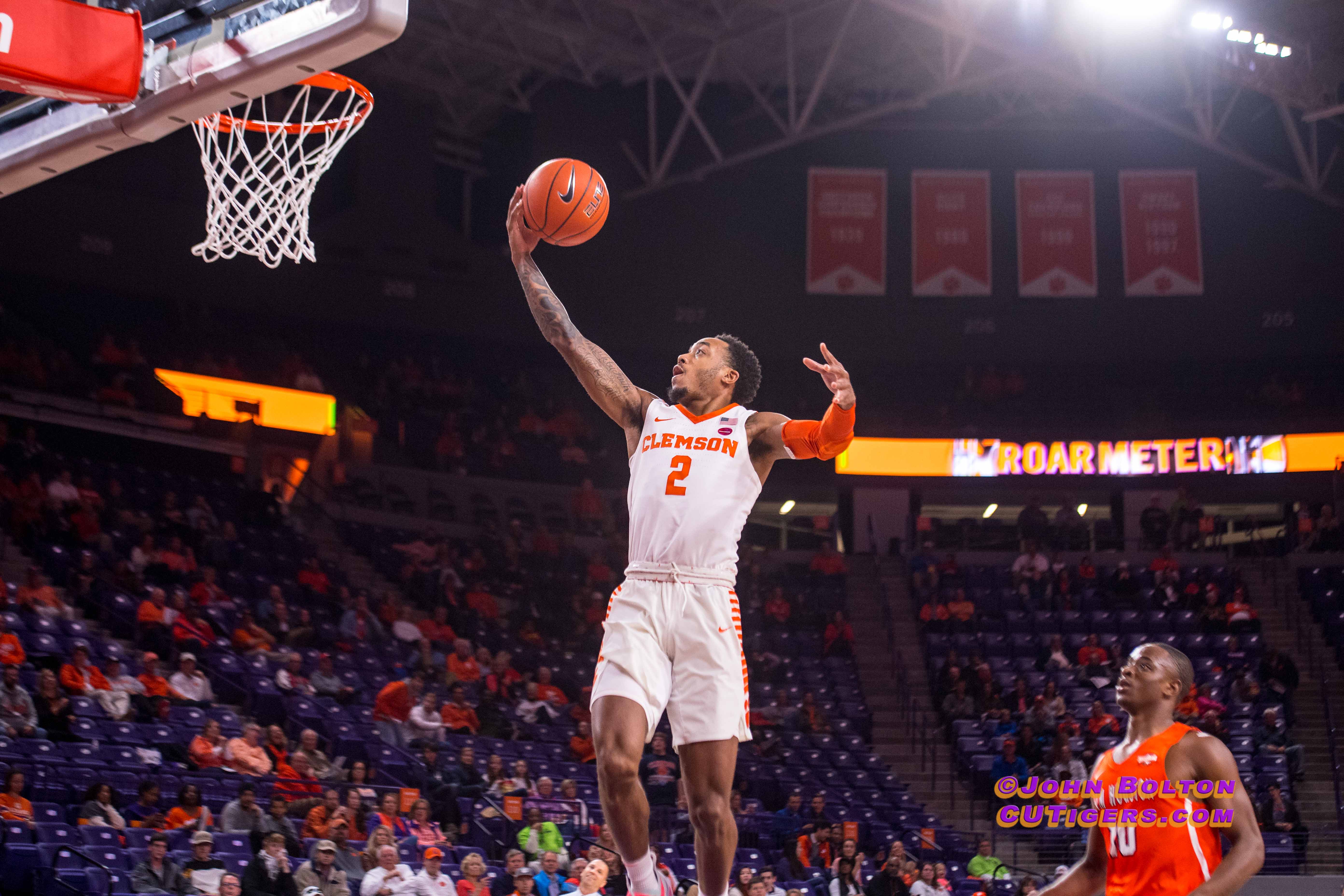 No.16 Clemson improved to 5-0 for just the second time under Brad Brownell, beating rival Georgia 64-49 in the first meeting since the season opener two years ago--a game won 74-64 by the Tigers.
It was an impressive defensive performance by the Tigers, who have struggled at times on that side of the ball in the early going. They allowed 80 points in consecutive games against Barton College (exhibition) and The Citadel in the opener but have shown significant improvement of late. Marcquise Reed was just 1-5 from beyond the arc but still scored 24 points to lead the Tigers. Reed has scored 20 points or more in three of his first five games and is averaging 18.4 points per game. He scored a season-high 26 last week against Sam Houston State. Shelton Mitchell added 13 points, and Eli Thomas scored 12. Aamir Simms failed to score double-digits for the first time this season, netting just 6 in the game.
The Tigers have now won 7 straight games against SEC opponents. They will play their third game in three days when they face Creighton in the Cayman Islands Classic Championship at 7:30 Wednesday night. Creighton beat Georgia State on Tuesday to advance.
WATCH CLEMSON vs CREIGHTON LIVE HERE
WATCH CLEMSON vs UGA REPLAY HERE