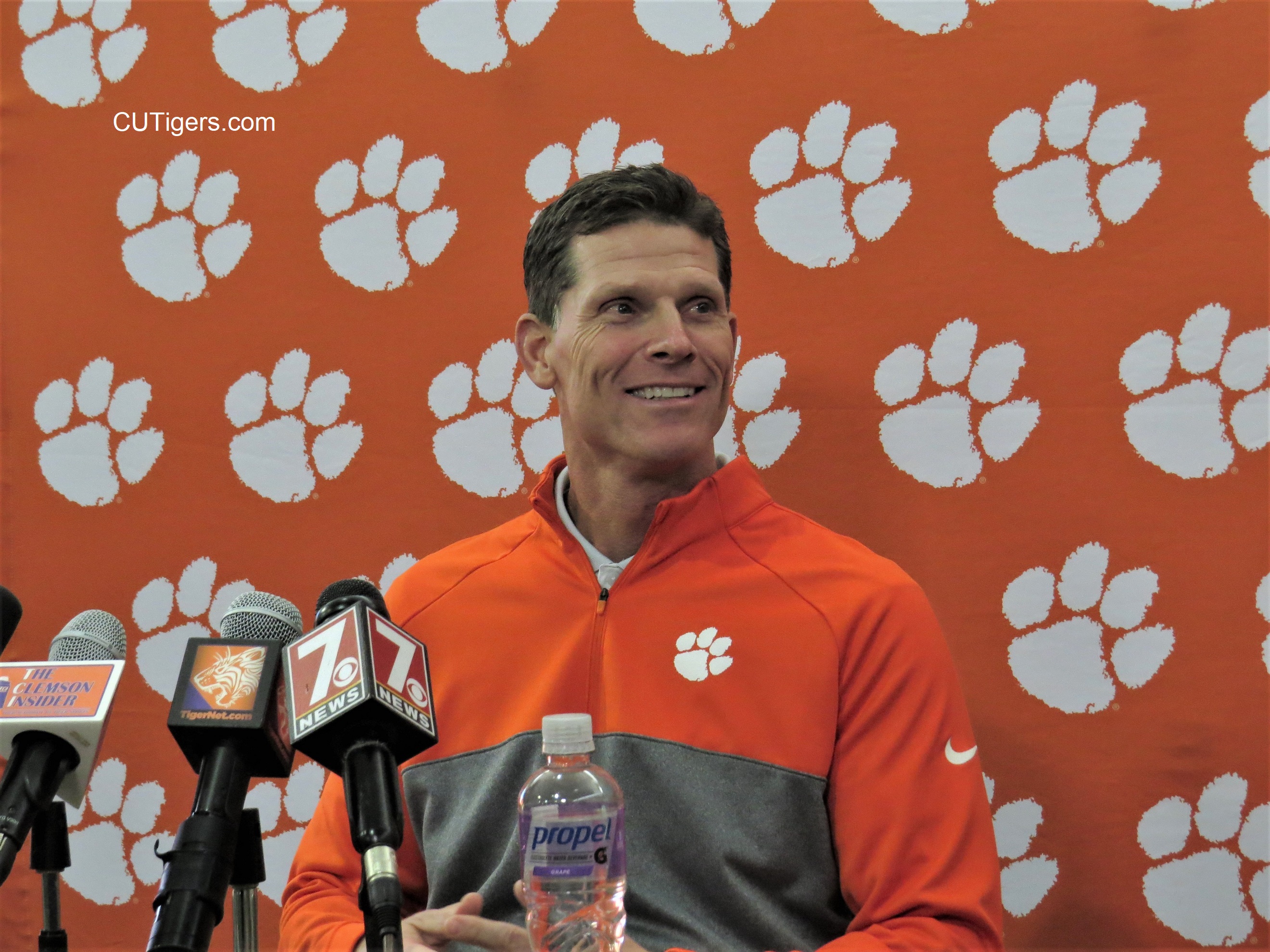 Photo by Trevor Groves CUTigers.com
We started early this morning with a tour of the Tigers' new Applied Sciences Lab, and I'll have video of that for you shortly. We also just finished with Tony Elliott and Brent Venables, who talked (or didn't talk, more to the point) about interest from Texas Tech and his old friend Kirby Holcutt, the AD there.  I've maintained for years that Venables would not leave Clemson for a head coaching job because I don't think it's in his DNA to want to be the CEO of a program, and he is as happy as can be in Clemson. I believe that even more strongly now that his son Jake will be playing LB for him over the next 4 years.
In addition to Venables, we spoke to Elliott, Etienne, Hyatt, Choice, Anchrum and Denzel Johnson. I'll have a synopsis for you in a bit, but in the meantime you can watch the full interviews below.
Don't forget about the basketball game tonight! The #24 Tigers will look to improve to 6-1 as they host Nebraska in the ACC/Big Ten Challenge. As usual, I'll have live coverage, play-by-play and post-game interviews for you from Littlejohn, so stay tuned!