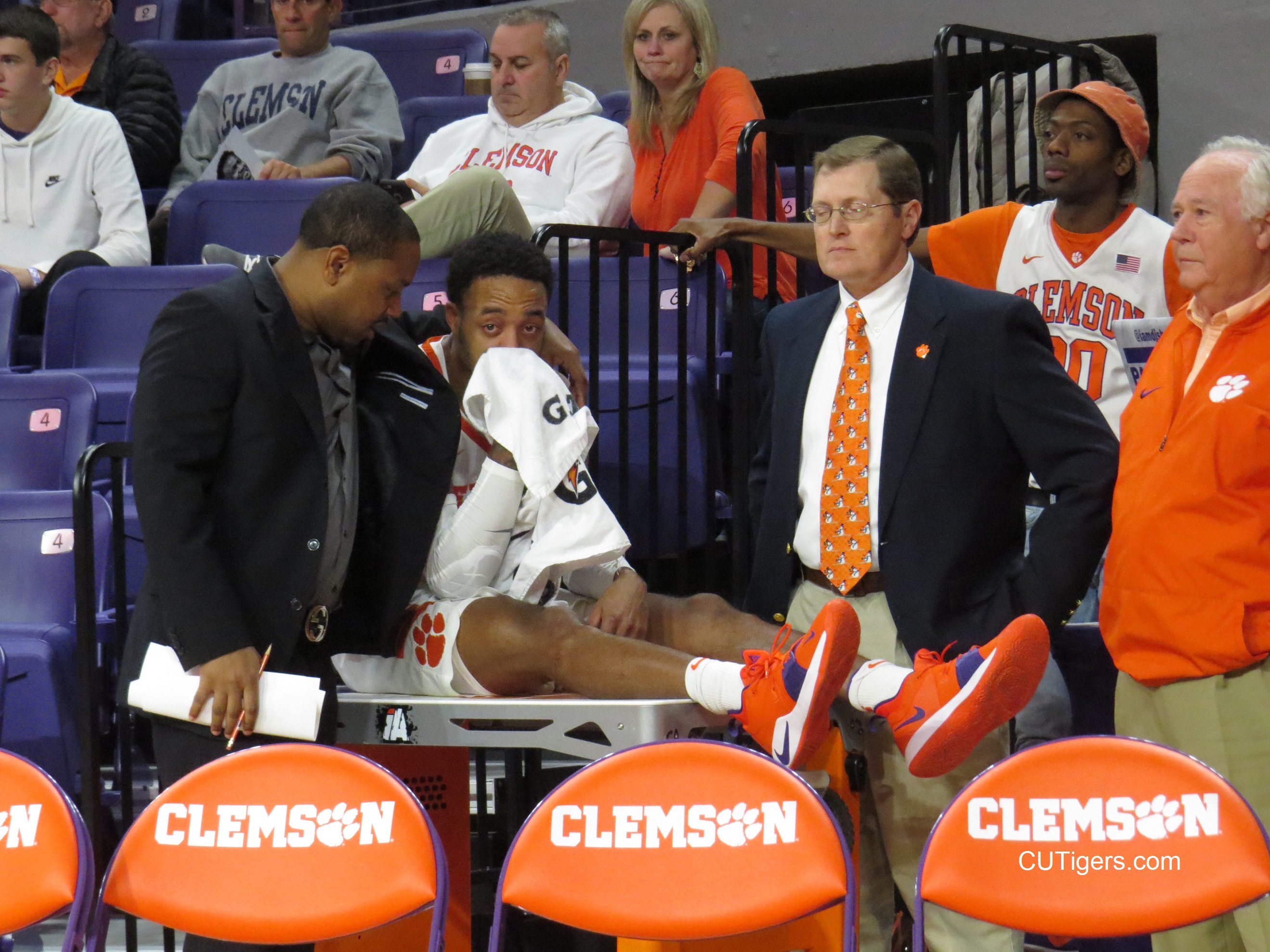 Photo by Trevor Groves CUTigers.com
BOX SCORE
CLEMSON, SC - The Tigers beat St. Peter's 65-60 and improved to 6-2 on the season, but it could by a Pyrrhic victory because their leading scorer, Marcquise Reed, hurt his knee in the final minute of the game, and it did not look good. As I posted on the live game thread, the team doctor was checking his left knee for an ACL tear behind the bench. I was 10 feet away, and Reed had tears in his eyes. I don't think anyone else in the Clemson media caught the injury up in the press box. I asked Brownell about it after the game, and he said he was very concerned. I asked Brownell if Reed will need an MRI, and he said Reed will get one first thing in the morning. Hopefully it's just a ligament sprain, but even then this team will be in serious trouble without its leading scorer. Reed scored 21 tonight and is averaging 19.1 points per game on the season. Brownell has had terrible luck with injuries over the years, and this could be the third time in the last 5 years that he's lost his best player to a season-ending injury. He lost Blossomgame in 2014-15 and Donte Grantham last year.
On the positive side, Clyde Trapp scored a clutch layup at the end of the game that might have been the difference. Eli Thomas was also big in the second half. He did not start the game because of a slight discipline issue, Brownell told us after the game. I'll have more in a bit. In the meantime, post-game interviews are below!
UPDATE: Reed's MRI came back negative, indicating that his knee is just sprained. Great news for the Tigers! Expect Reed to miss the next couple games, but he should be back in time for ACC play.