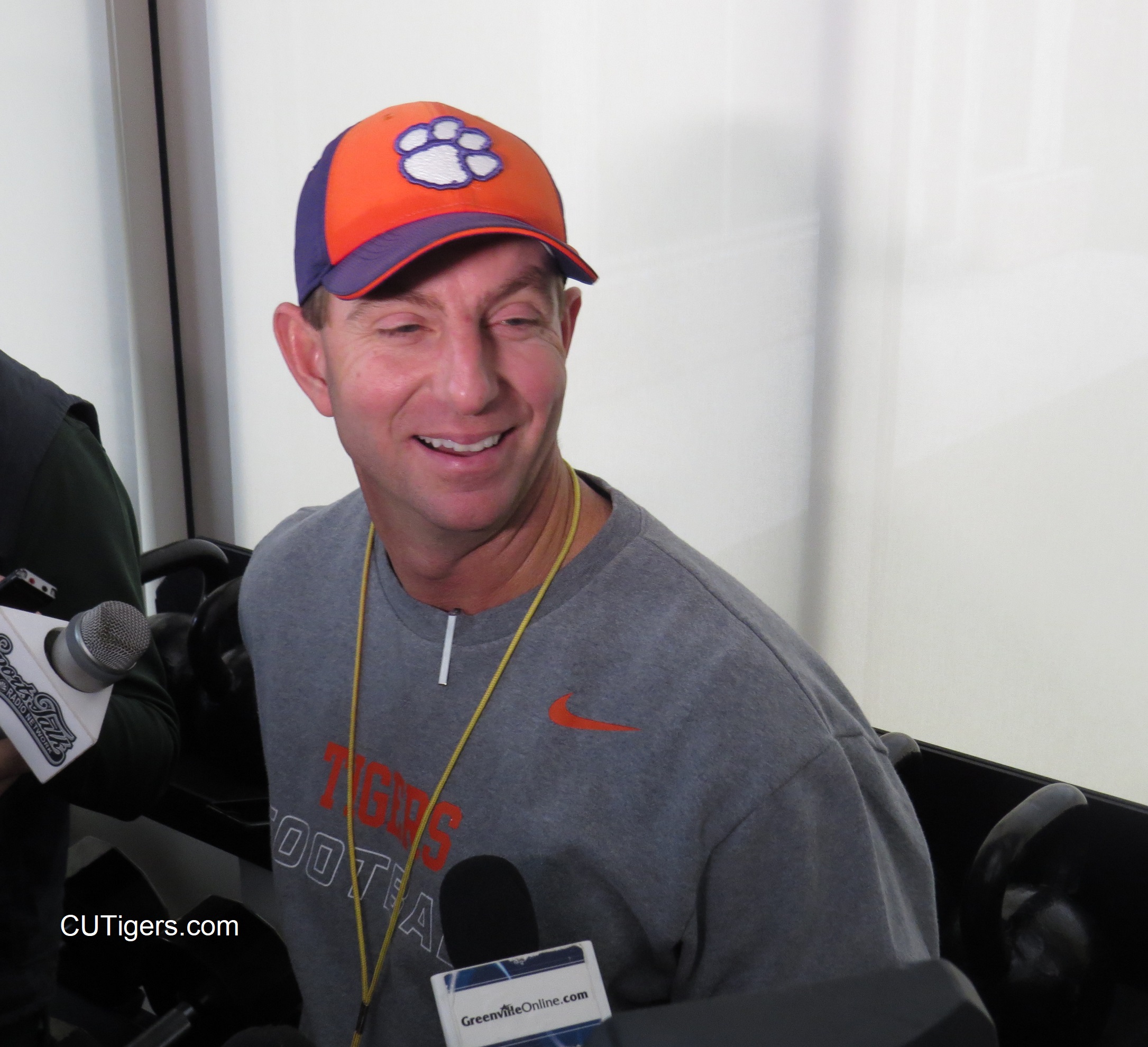 After practice on Wednesday, I spoke with Dabo for the first time since last week in Atlanta at the College Football Playoff Press Conference. I was intrigued about him mentioning DE Justin Mascol when I asked him about the redshirts in Atlanta last week, so I asked him to elaborate on how Mascol has developed and will be able to help them in the playoff. Dabo said he's had an outstanding year on the scout team and has really stood out to him. He also pointed out that KJ Henry has already exhausted his 4 games this season, and Mascol has some pretty good players in front of him still on the depth chart.
I'll have some photos from practice for you in a bit, and we'll get another interview with Dabo after practice on Friday. Stay tuned!
PRACTICE PHOTOS HERE