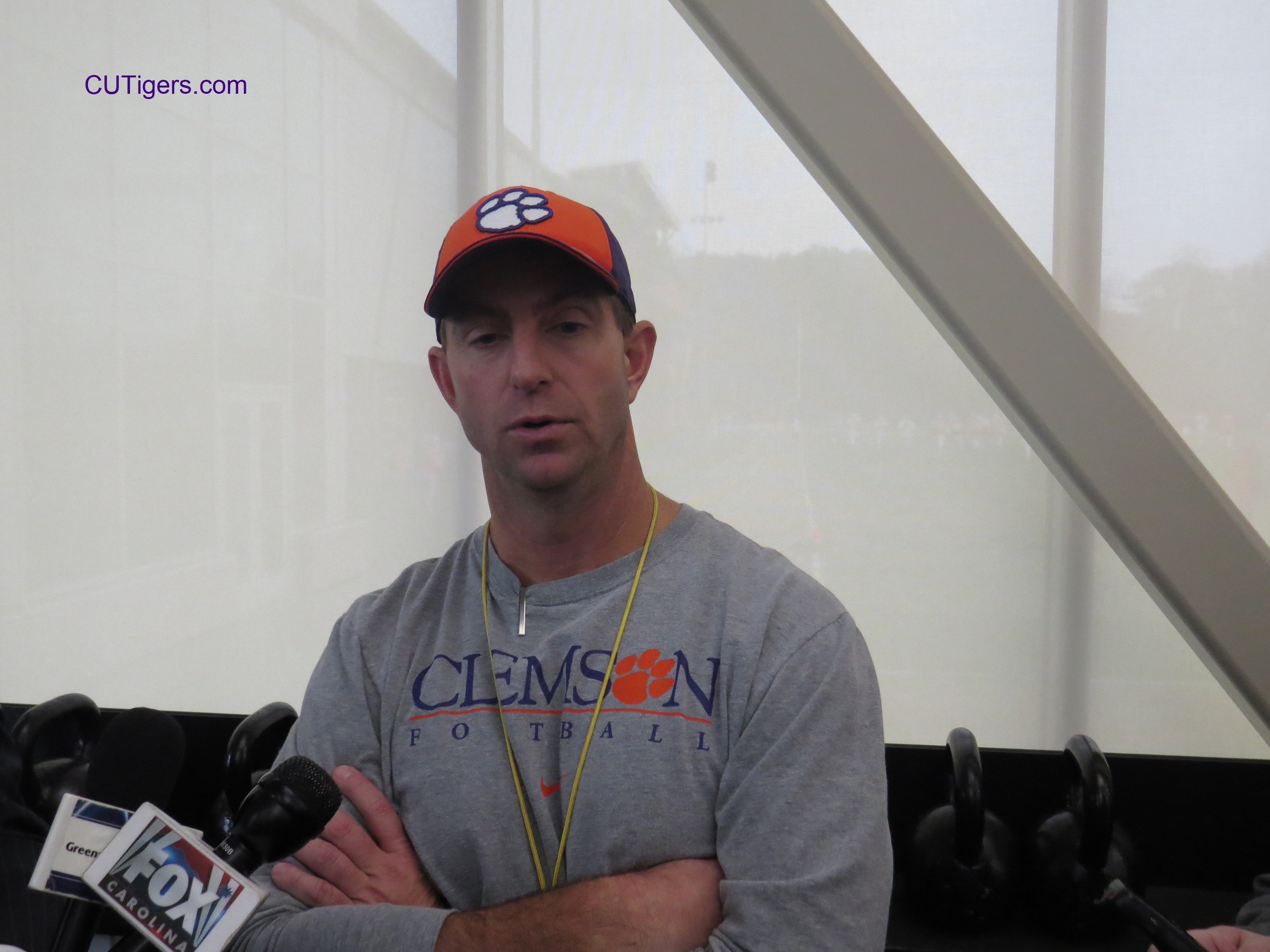 We just got through with Dabo on a rainy day here in Clemson. He said the intensity was much better today than it was on Wednesday, as one would expect since they were in full pads. I asked him if the notion of Notre Dame having extra time to prepare like Alabama last year was mostly overblown, and he agreed. Both teams have the same number of practices, and Notre Dame didn't know who they were going to play until Selection Sunday. With Alabama, it might have been advantageous from the standpoint of getting healthy because they had a lot of injuries, but that's not much of an issue for the Tigers or the Irish this year. Dabo also said this is the healthiest his team has ever been at this time of year, and much of that is due to the fact that they played so many players with so many blowout wins this season.
The full interview is below. We'll have our big Media Day with several players and coaches on Tuesday, and we'll get Dabo again on Early Signing Day next Wednesday. Also, don't forget to check in Saturday for coverage of the basketball game against Radford. Stay tuned!